Naipes '210' playing cards made in Montevideo by Industria Gráfica Papelera S.A. (Ingrapa) who became successors to Cía Gral de Fósforos Montevideana S.A. in the 1980s and continued producing the same brands. Ingrapa also produced Naipes Super, Naipes Ancla and Naipes Charabon, as well as certain brands for other distributors such as Fantasias S.A. and Akosol S.A. Around this time there was also an increase in the production of advertising playing cards. In 1992 Ingrapa was in turn taken over by Casabó S.A. Interestingly, the brands 'Naype 210' and 'Croupier' are now produced in Brazil by Lumicart Industria e Comercio Ltda. 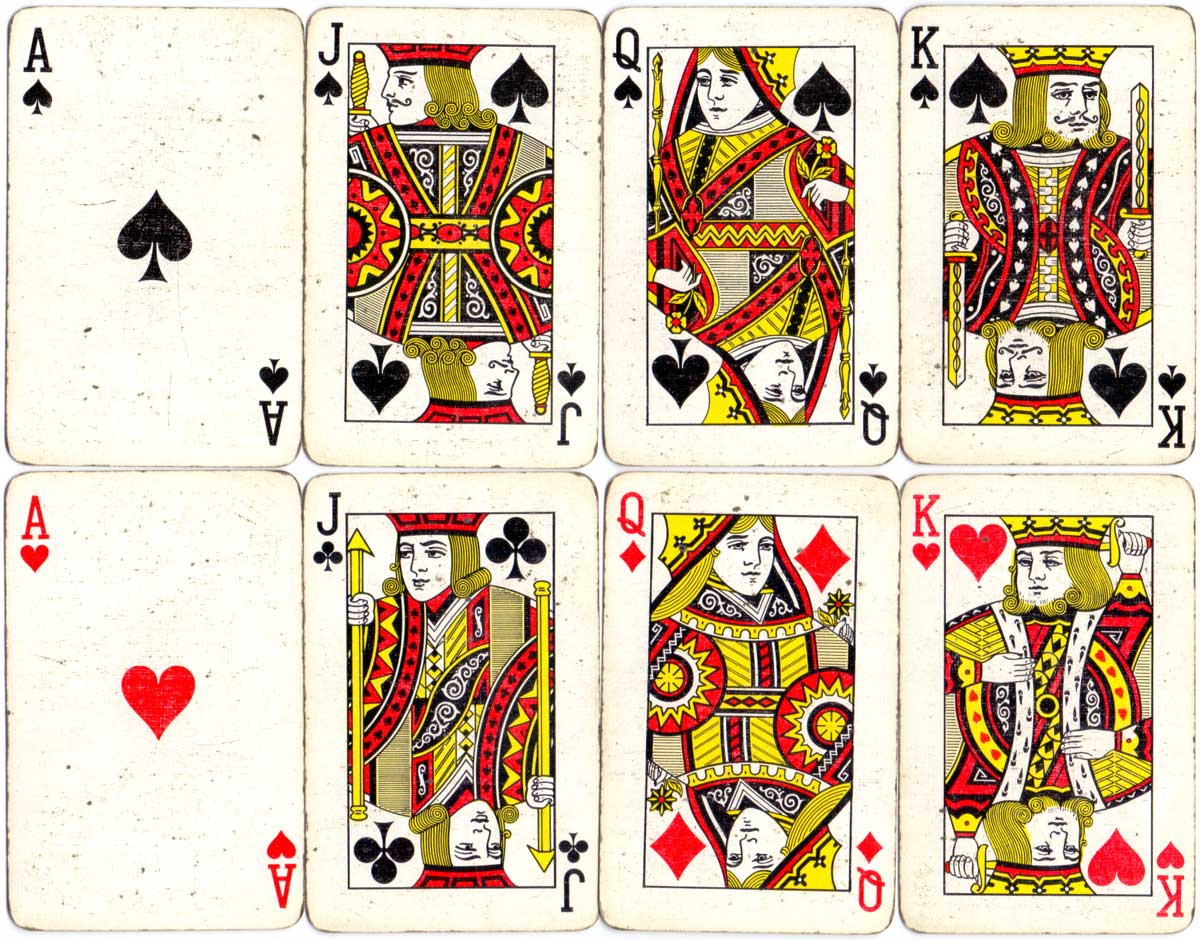 Above: Naipes 210 made by Industria Gráfica Papelera S.A., Santa Fe, Uruguay, 1990. 52 cards + 2 jokers + extra card in box. The court cards are exact copies of Whitman (Western Publishing, USA) but the design of the Joker appears to have been inspired by E.E. Fairchild, (USA).