A modern 'retro' pack depicting characters from American history on the courts, and with elaborate aces, with advertisement for “The Original Old Huckleberry Genuine Kentucky Bourbon Whiskey” on the reverse. The perception of the vintage whiskey is reinforced by the historical flavour of the artwork and typography, which is also seen in the label. 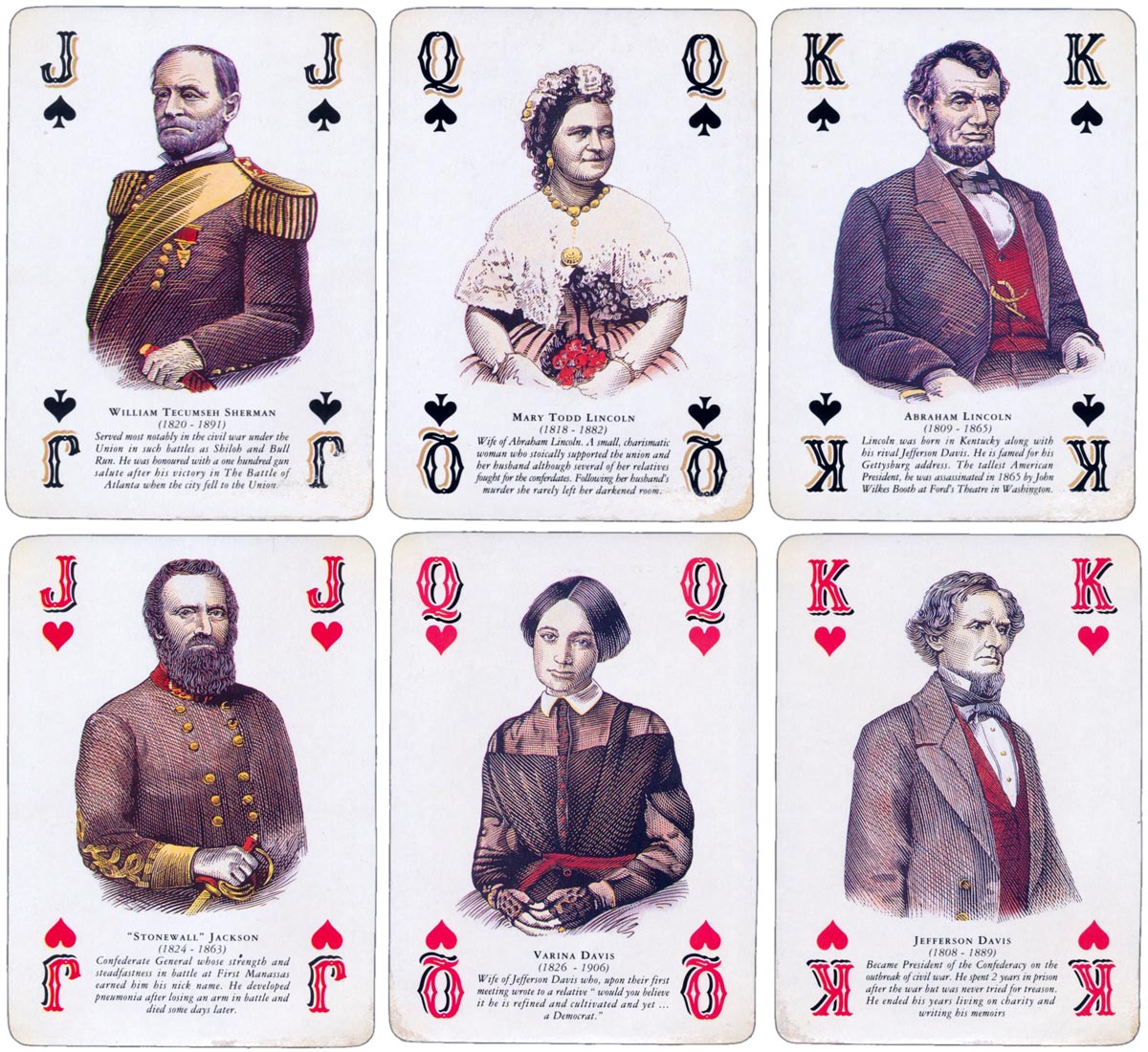 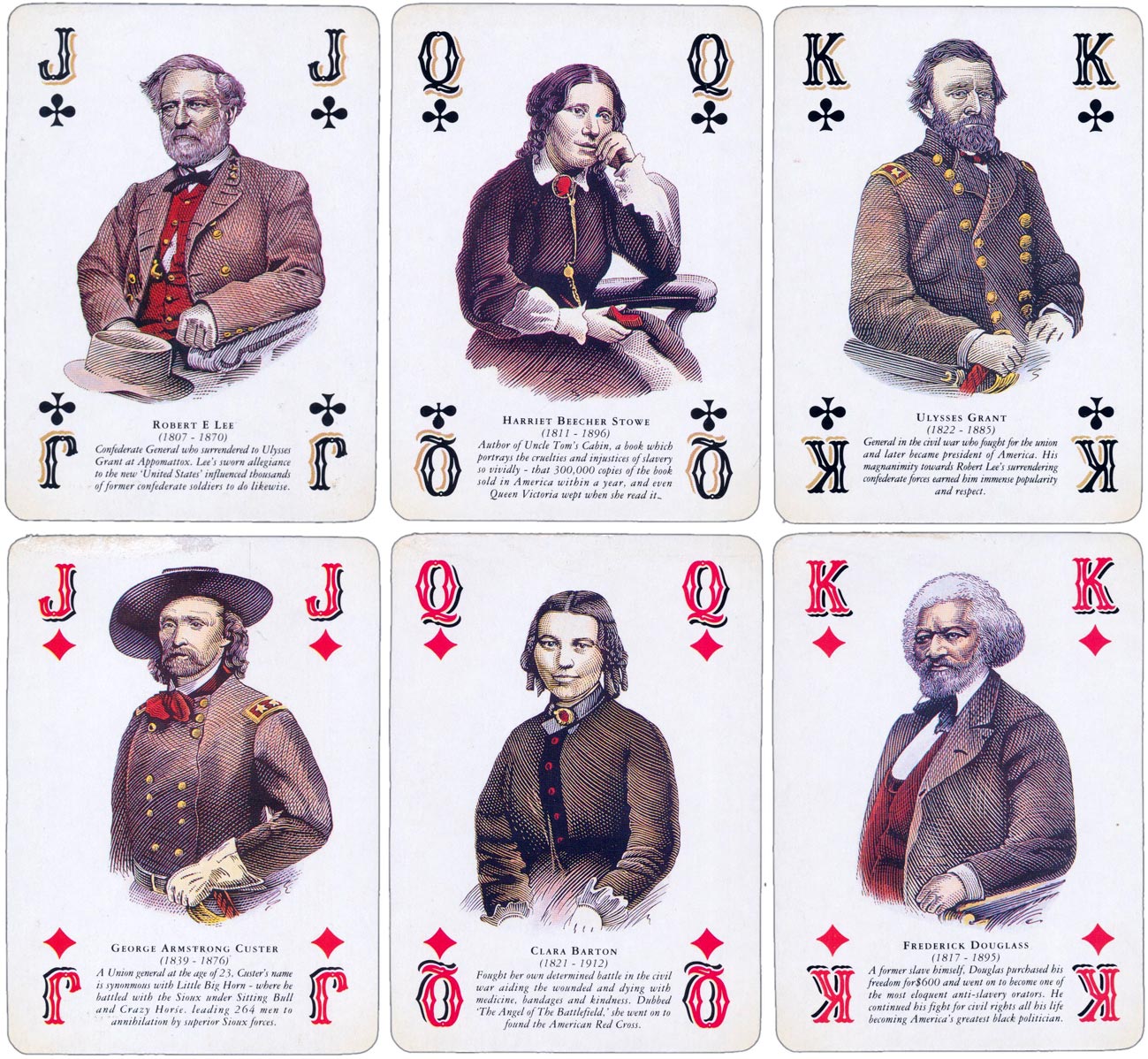