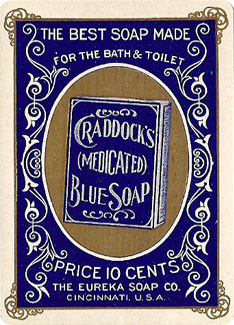 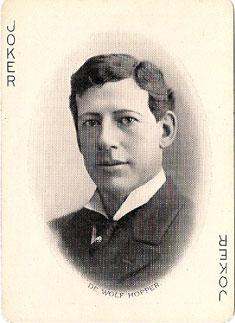 Craddock's Soap Theatrical playing cards, published in 1895 by the Eureka Soap Co., Cincinnati, were not only a testimony to the stage stars of that era, but also good for personal hygiene. We learn from the box and the back that the medicated blue soap cost only 10c. However, possibly of more interest are the portrait photos of actors and actresses, described on the box as “a portfolio of photographs of the leading lights of the stage”. The pictures give us a glimpse into the clothing and hairstyles of the period.

Biographies of the actors and actresses depicted can readily be found on-line. For example, Edward Connelly (1859-1928) was a silent movie star. Charlotte Walker (1876-1958) was an actress, and so on. 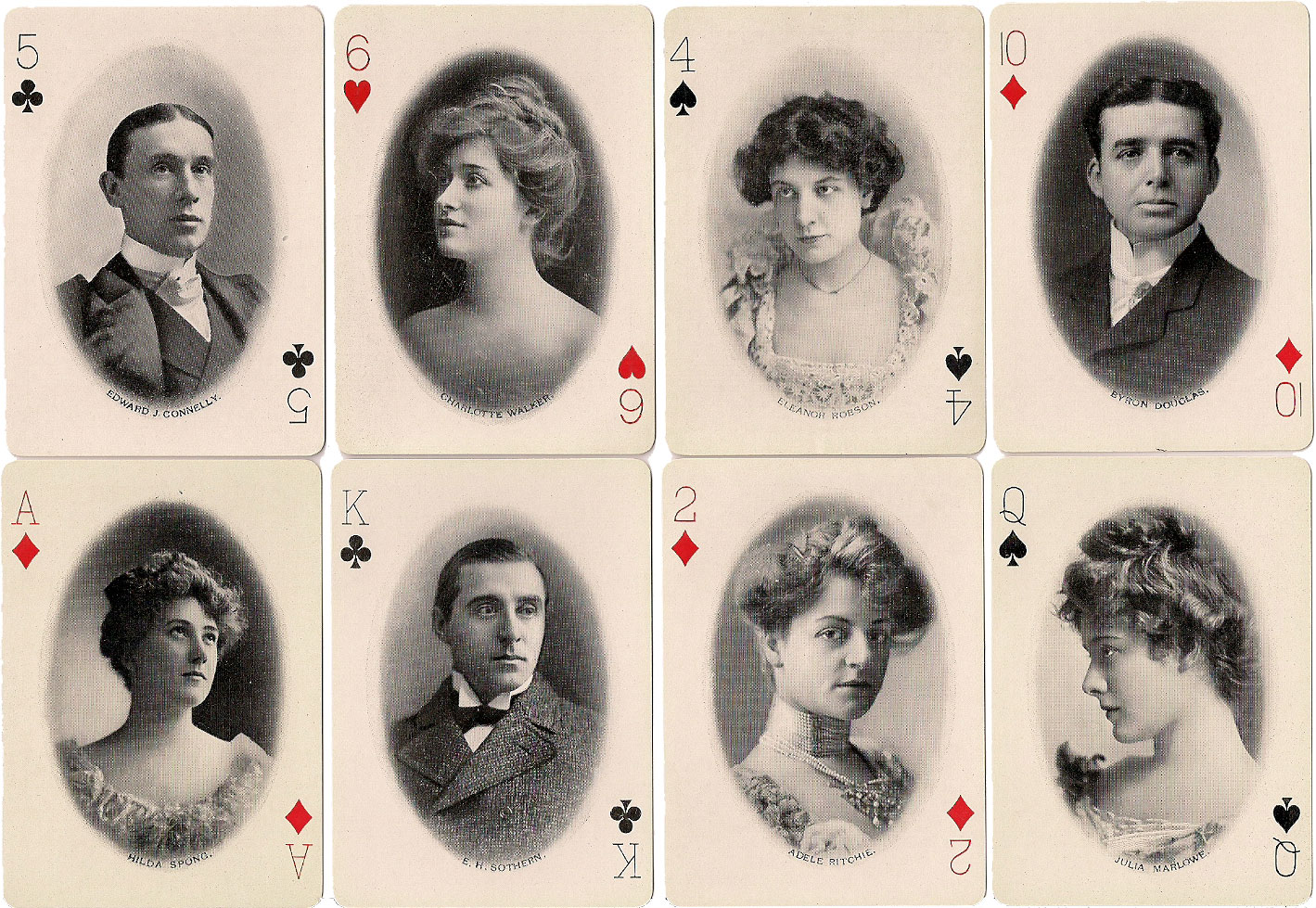 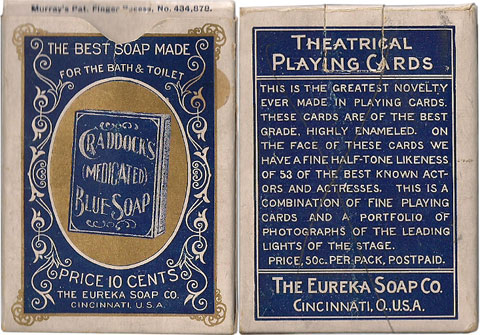 Above: Craddock's Soap Theatrical playing cards, published in 1895 by the Eureka Soap Co., Cincinnati. The advertiser did not allow the manufacturer to print its name anywhere on the deck. They felt that since they were paying for the entire cost of the deck, they would not let the manufacturer get a ‘free ride' by advertising it's name on the deck. However, we are able to tell that he deck was made by U.S.P.C.C. by reference to the flap on the box where is printed “Murray’s Pat. Finger Recess No.434,878”. Images courtesy Rod Starling.

Right: "Murray's Patent Finger Recess" referred to on the box flap refers to Samuel J. Murray who worked for Russell & Morgan until 1886 and established The National Playing Card Company. That company did so well that in 1893 Russell & Morgan bought it out. Murray was very inventive and designed a lot of the machinery used in the production of playing cards in addition to the finger recess for the tuck boxes →