Whitman Publishing’s 8 Card Games boxed set contains 8 card games held in special trays, so there are no individual boxes for each game. Most of the games were also sold separately at different times, inside individual boxes. The games are: 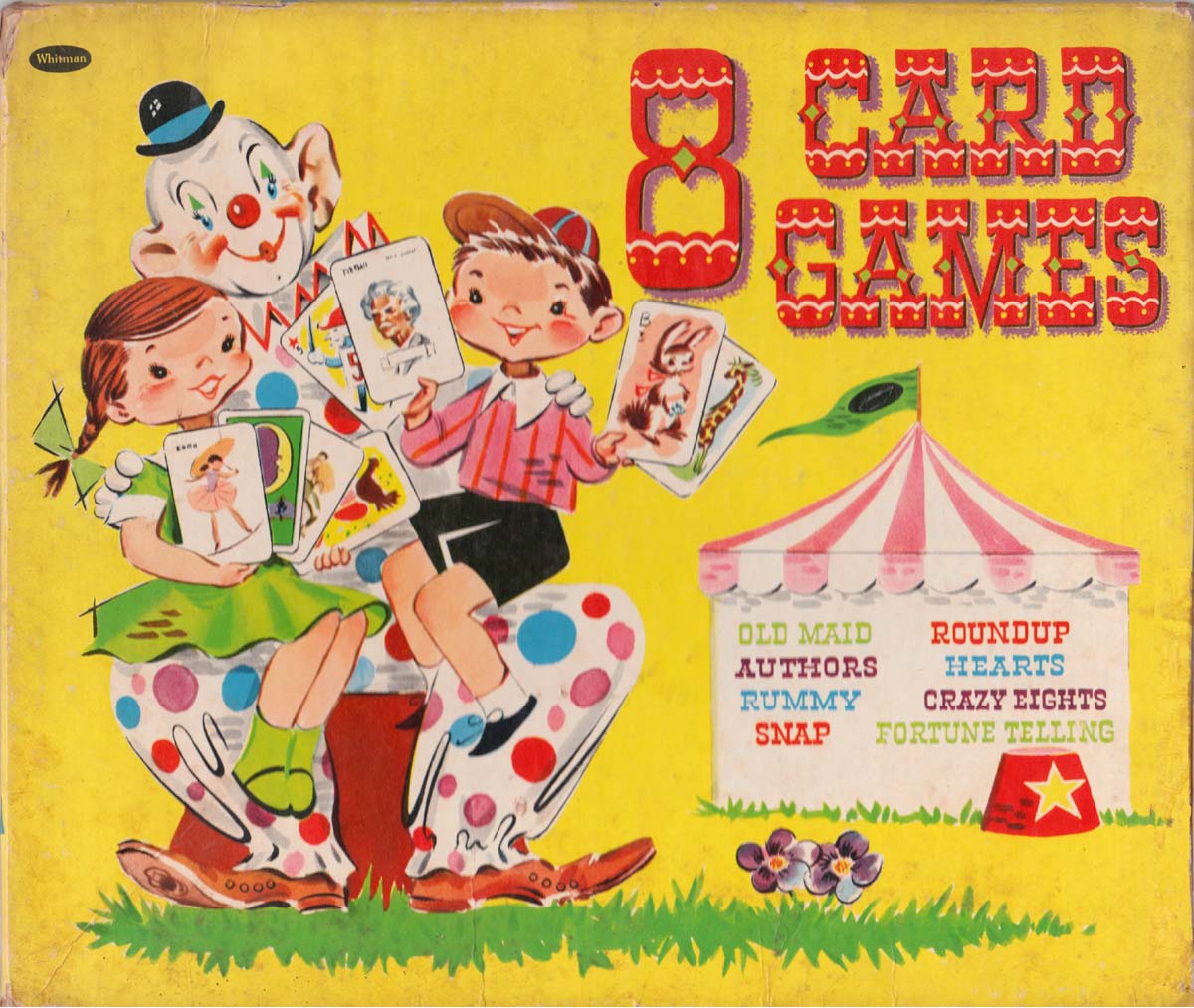 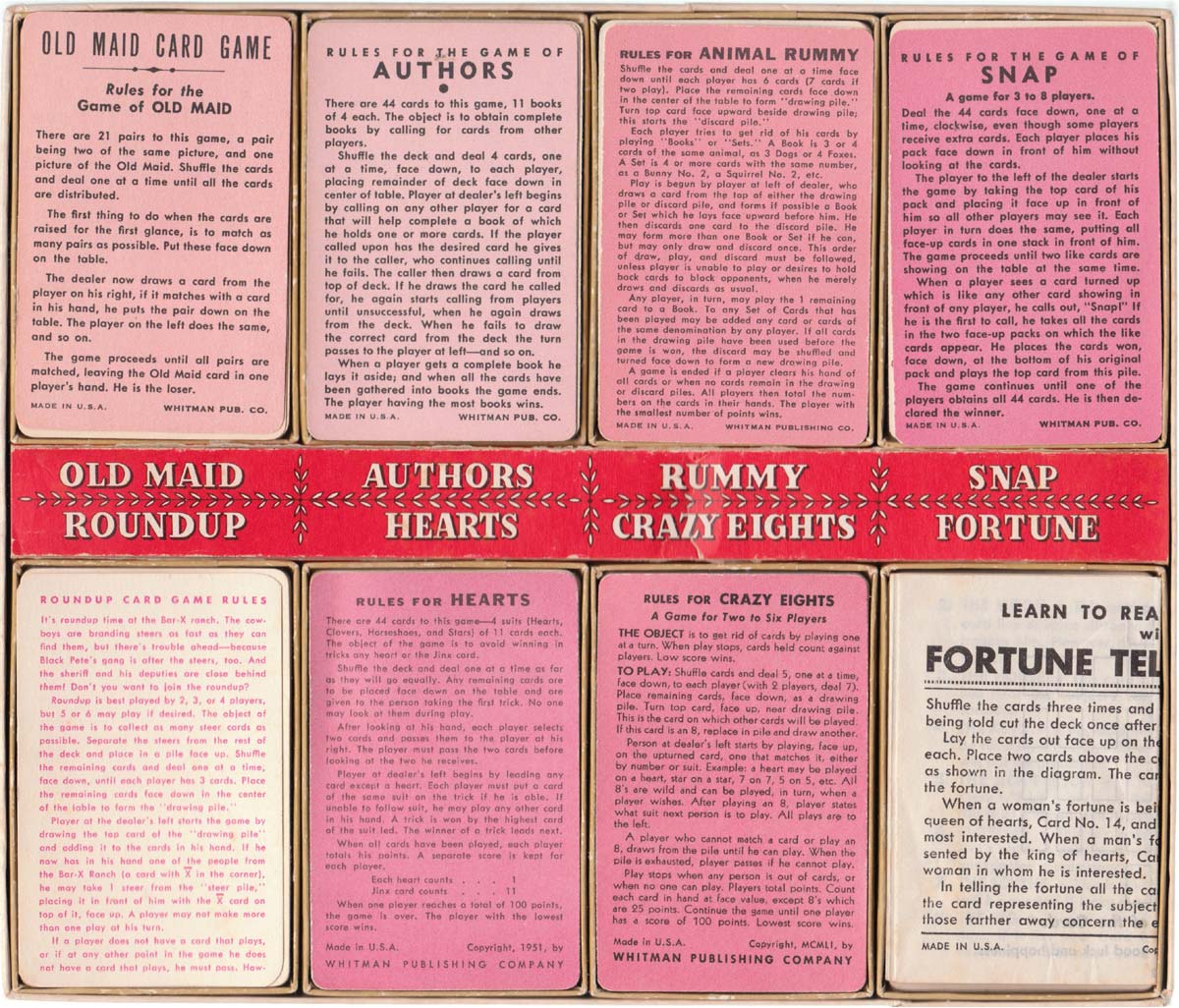 The deck of 44 cards for the game of Hearts has non-standard suit symbols (hearts, four leaf clover, horseshoe, star) and very decorative designs, but the same image appears on each card of the same suit. See the Rules► 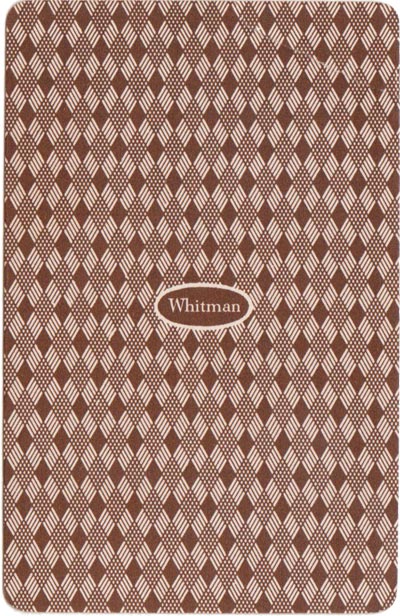 Above: cards from Hearts, Whitman Publishing Co., 1951. 44 cards + rules. The backs have a diamond design in brown and beige with a Whitman logo in the centre. There have been several editions of the game over time in different boxes, etc.