The “Game of Doctor Busby“ was invented by Anne W. Abbott and first published in America by W. & S. B. Ives of Salem, Massachusetts in the 1840s. Although anonymous, this hand coloured edition of the “Game of Doctor Busby“ is a close copy of original sets published by W. & S. B. Ives. As the rules contain the English spelling of the word ‘neighbour’ (US neighbor) it may have been published in England. See the Rules►

The set contains 20 cards divided into four sets or ‘families’ of five cards each having a small suit symbol representing a family: Busby (mortar), Gardener (spade), Doll the Dairymaid (milk pan) and Ninny-Come-Twitch (eye). It has been suggested that “Doctor Busby“ was a precursor to “Happy Families“ although the two games have many differences. 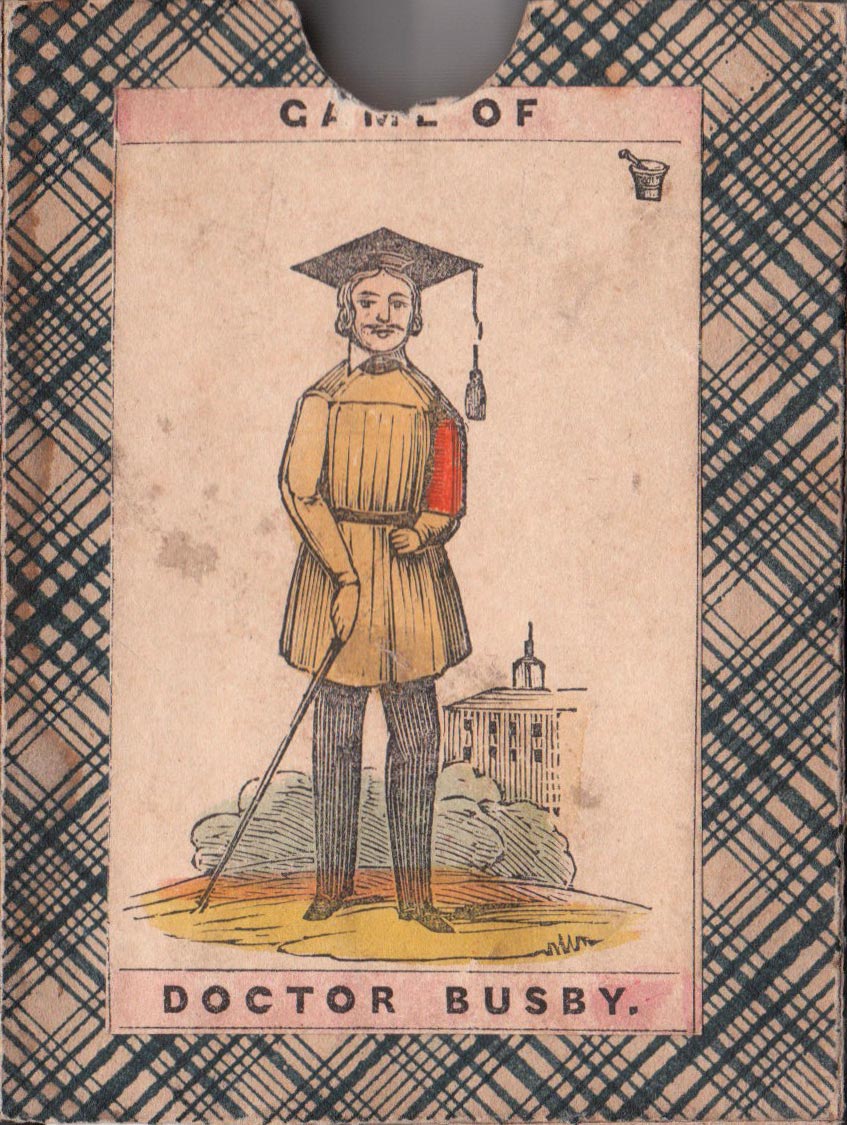 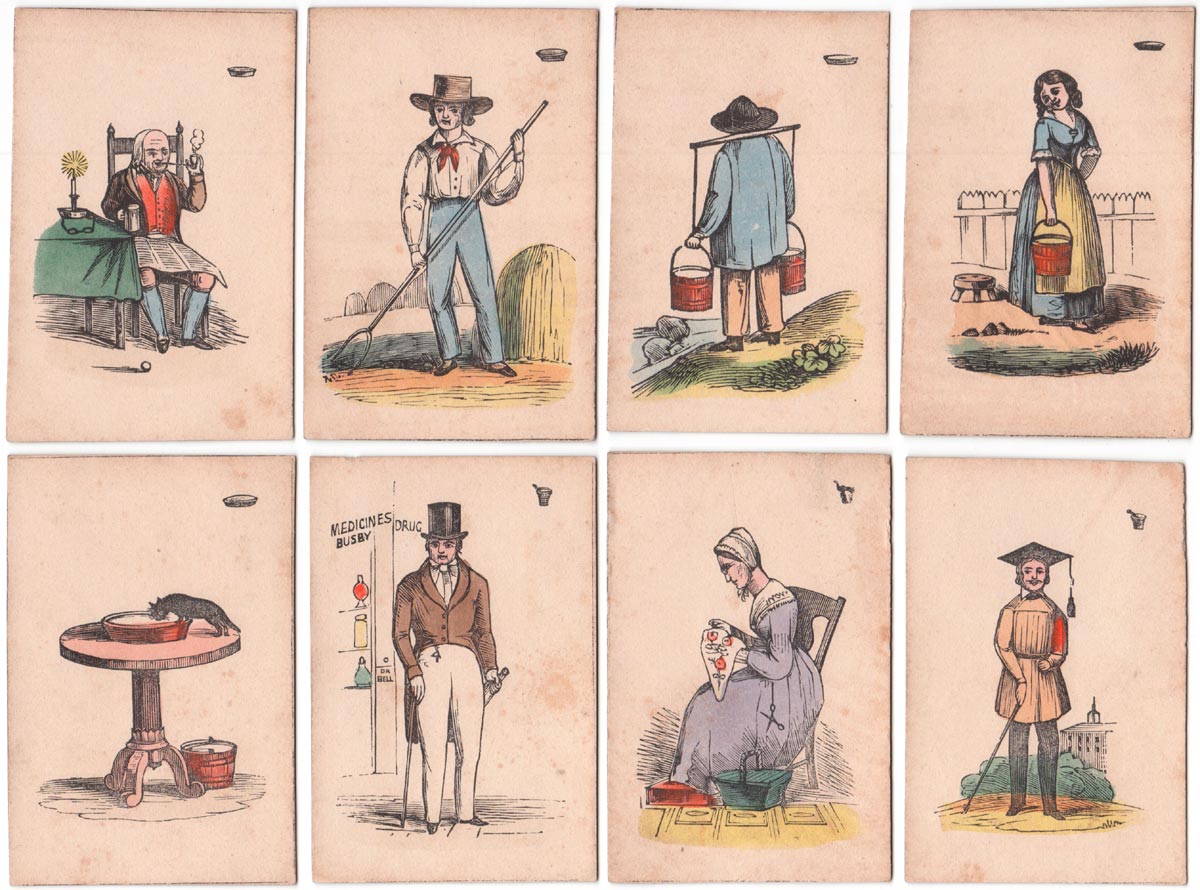 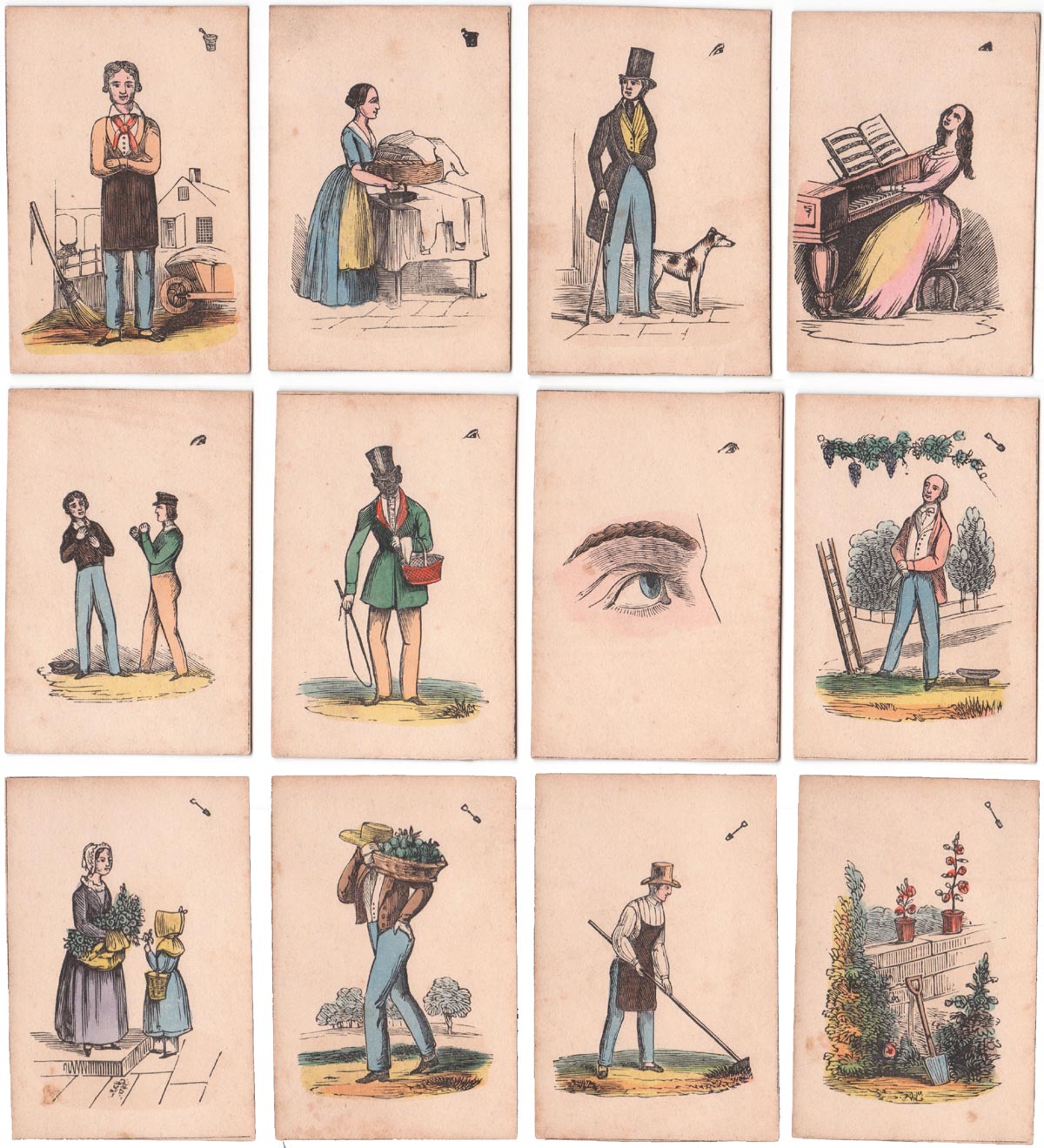