"Africa, and its tantalizing thrusts of mystery, majesty and malevolence, remains an enigma"

Above: nine cards and back design from "Pharaoh Palmier Poker Cards".  52 cards + 2 Jokers plus pyramid card in tuck box.

Other African themed decks reviewed on this website include: "The Frozen Court" 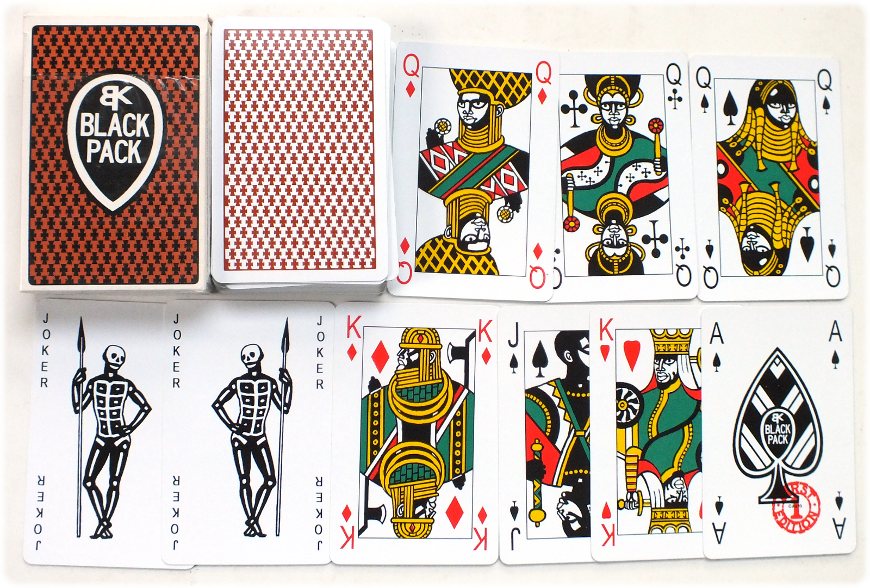 In the traditional African worldview, life and death are inextricably linked. All members of a family, both living and dead, continue to depend on one another. Ancestral cults confirm common provenance and thus the unity of the clan. 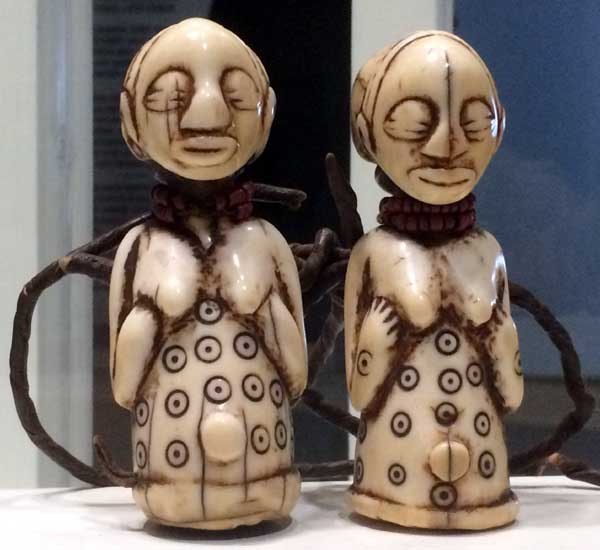 Above: pair of amulets in ivory, Republic of Congo, 19th century. The dot-circle motif on the body symbolises life and continuity. 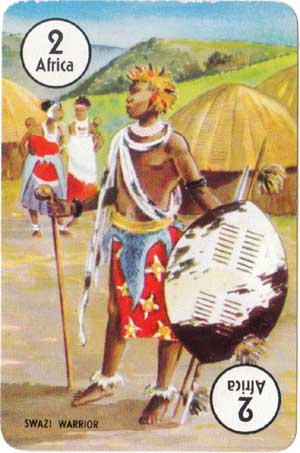 Above: African themed card from Round the World card game published in 1961.