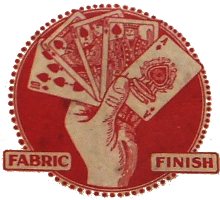 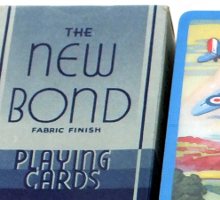 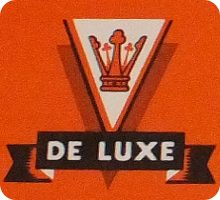 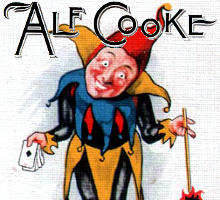 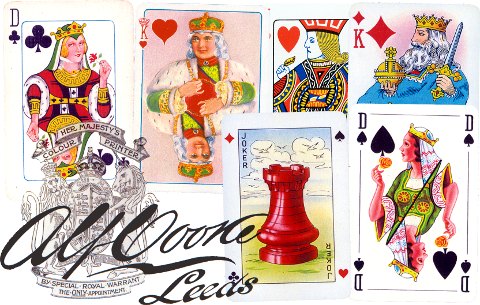 Above: a selection of Alf Cooke’s playing cards ~ click any card to see more.

Alf Cooke was an important producer of playing cards and card games in the UK during the period 1920-1970. The company had been founded in 1866 by Alf Cooke, in Leeds, as a general printer. During the years 1920-25 playing cards were produced under the name of ‘British Playing Cards’ with unusual court card designs which may have been a forerunner of ‘Universal Playing Card Company Limited’ who commenced producing playing cards in c.1925. There is some stylistic similarity between the two.

With a growing range of products including ‘Crown Point’ and ‘Club De Luxe’, the Universal Playing Card Co. Ltd became the sole supplier of playing cards to Woolworths under the ‘New Bond’ and ‘Pictorial’ brand names. They also produced standard and luxury sets with gold edges for the stationery and cigarette card markets, including the stationer and importer L.G. Sloan. The court cards were printed in either 3 or 4 colours, red, yellow and black, or with the addition of blue,  see example →

During the 1930s an attractive range of cards was produced for Scandinavian countries including Denmark, Iceland and Romania.

‘Alf Cooke Limited’, with ‘Universal Playing Card Co’ as a subtitle, appeared on the Aces of Spades from around 1955 onwards, until the business was taken over by the Amalgamated Playing Card Company Ltd, that was then a subsidiary part of Waddingtons, in 1971. The stock and machinery were transferred to Waddingtons and the production of Alf Cooke playing card brands and court card designs ceased. Over the years, Alf Cooke Limited produced a colourful range of standard English playing cards with many art-deco style pictorial back series, fortune-telling and tarot cards, as well as card games for children and adults. 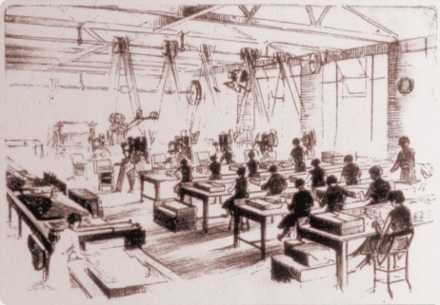 Above: general view of the Playing Card department.

Above: special pack of playing cards for magicians in which half the cards in the pack are identical Sevens of Spades.   see more → 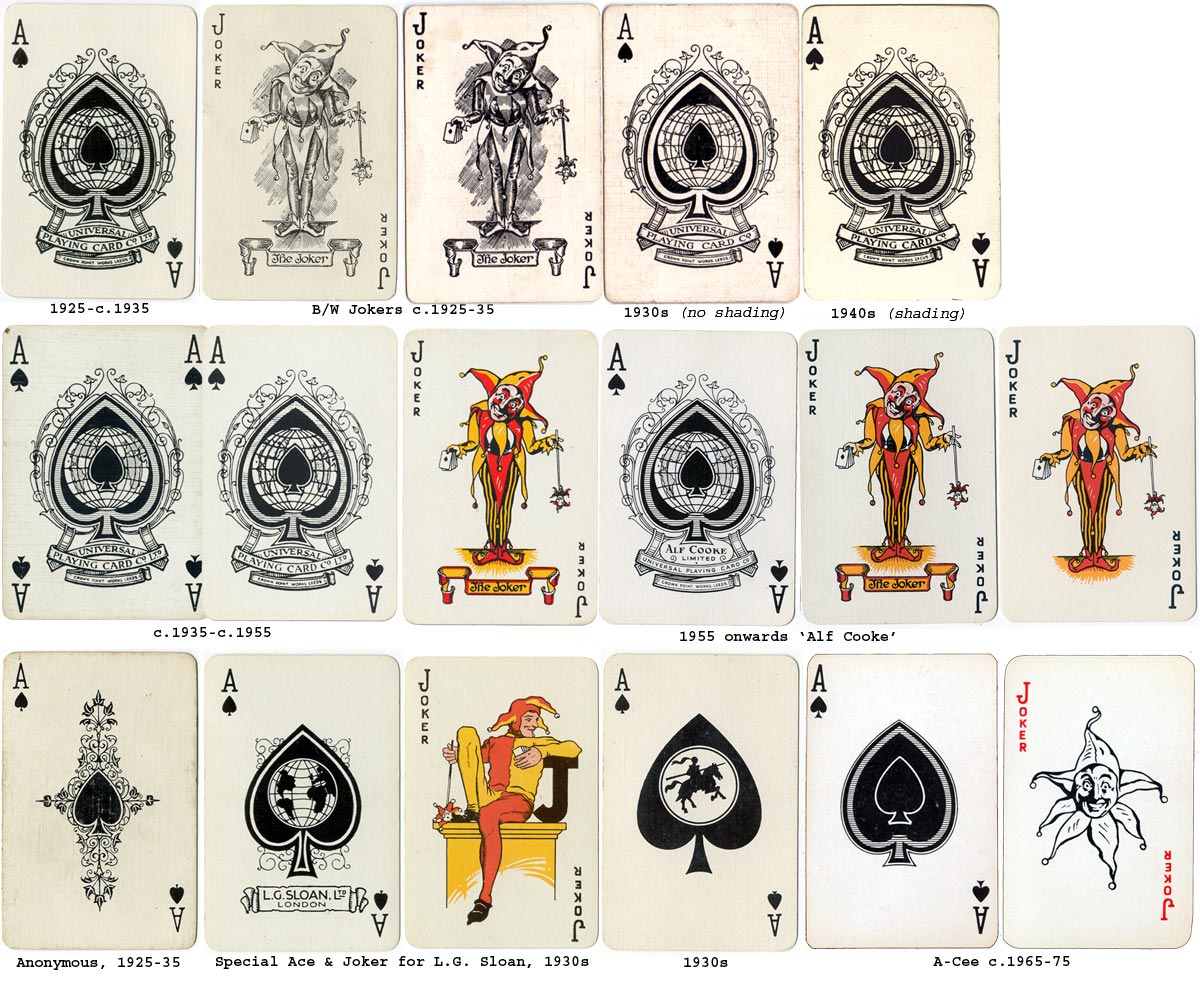 Above: the commonest Alf Cooke Aces of Spades: Universal Playing Card Co. Ltd (1925-55); Universal Playing Card Co. (1930-50); 3. Alf Cooke Limited (1955-70). There are no cut & dried date lines, as the various aces and jokers can be found occurring at different times in different combinations, along with small changes in the plates and miniature pip shapes in the corners over the years. There are several other Jokers but they were manufactured for Scandinavian countries (which have the word 'Joker' instead of 'The Joker'), and also 'single pip' aces of spades, i.e not ornamental.

Above: another anonymous ace of spades with the 1935 Bridge Scoring card. Courtesy Matt Probert. 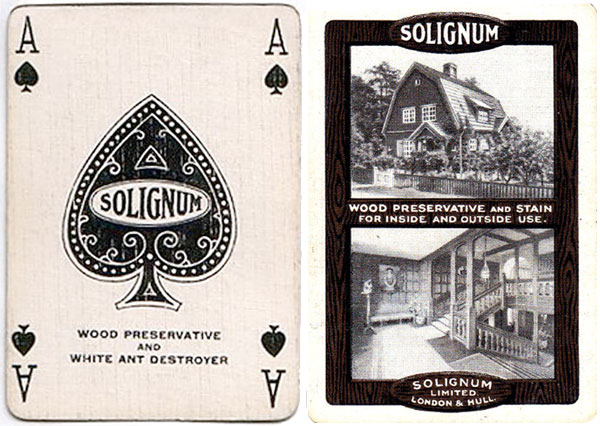 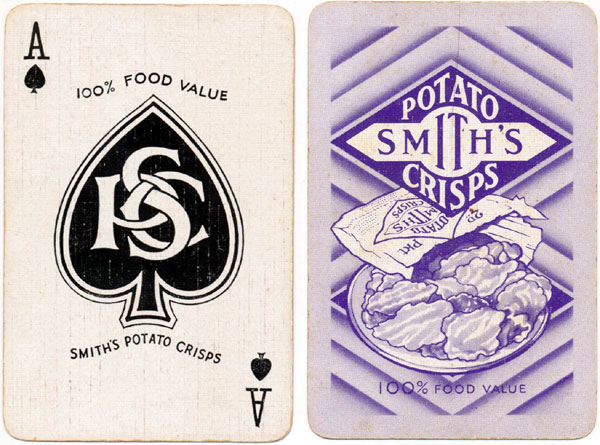 Above: special aces with brand advertising.

Above: Alf Cooke produced a range of quality cards in telescopic boxes with the brand "Park Lane" in the late 1950s and 1960s with glamour models on the back. These were described as having a "plastic finish" or later "Superior plastic finish". Images courtesy Matt Probert.