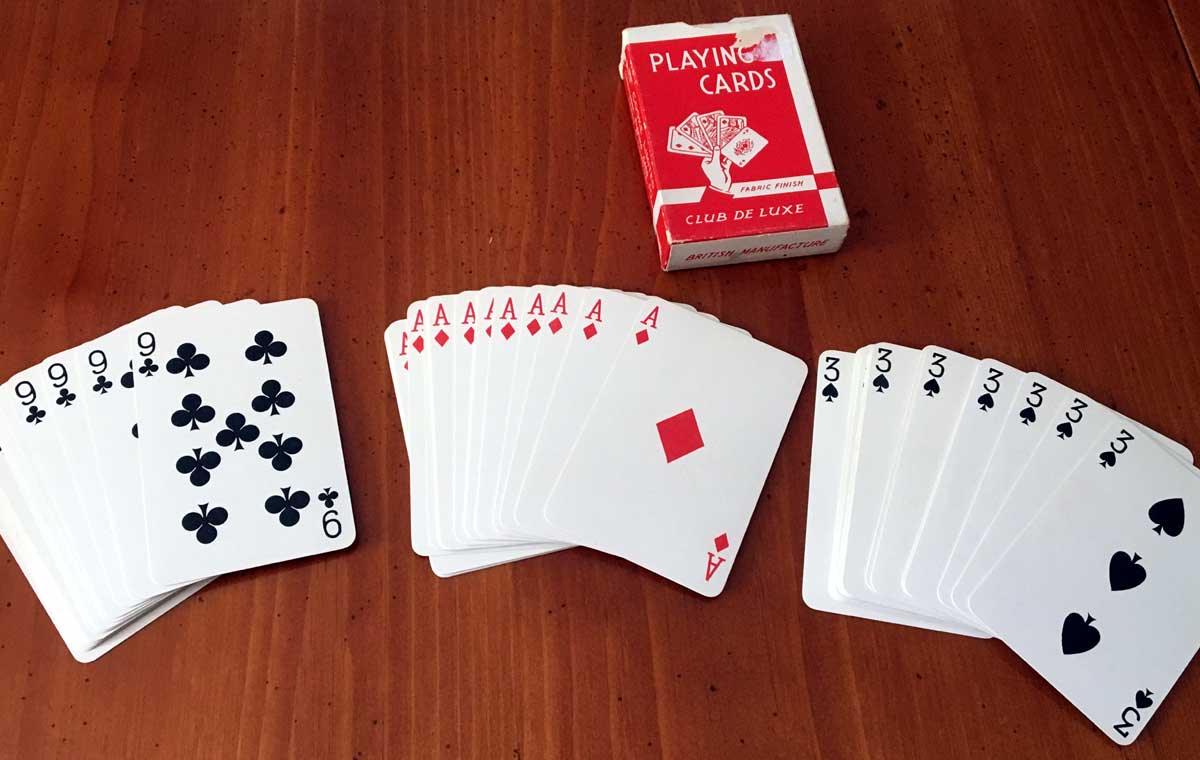 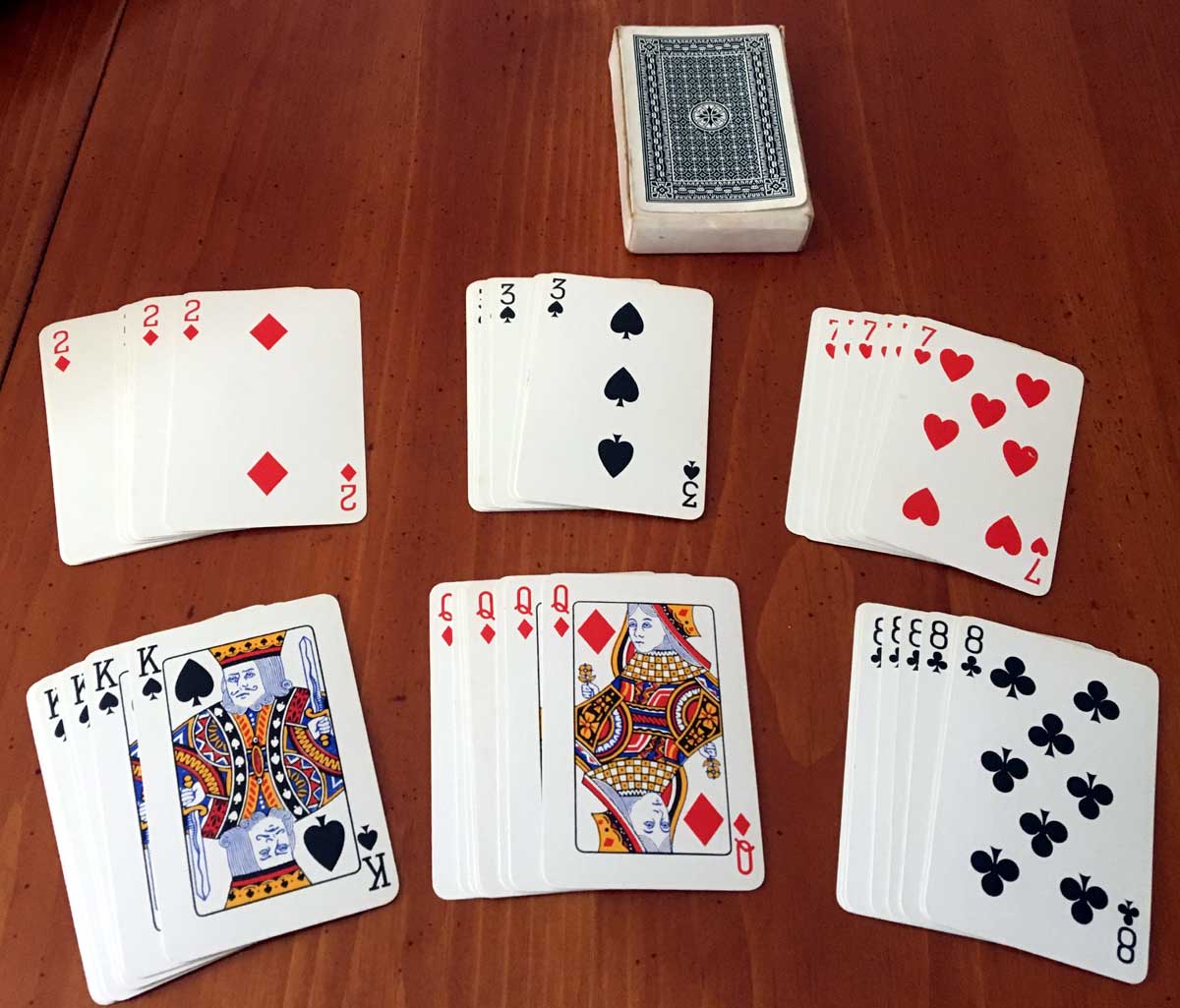 Above: another forcing deck by Universal Playing Card Co Ltd (Alf Cooke) c.1960, but in a plain tuck box with a joker stuck on the outside. 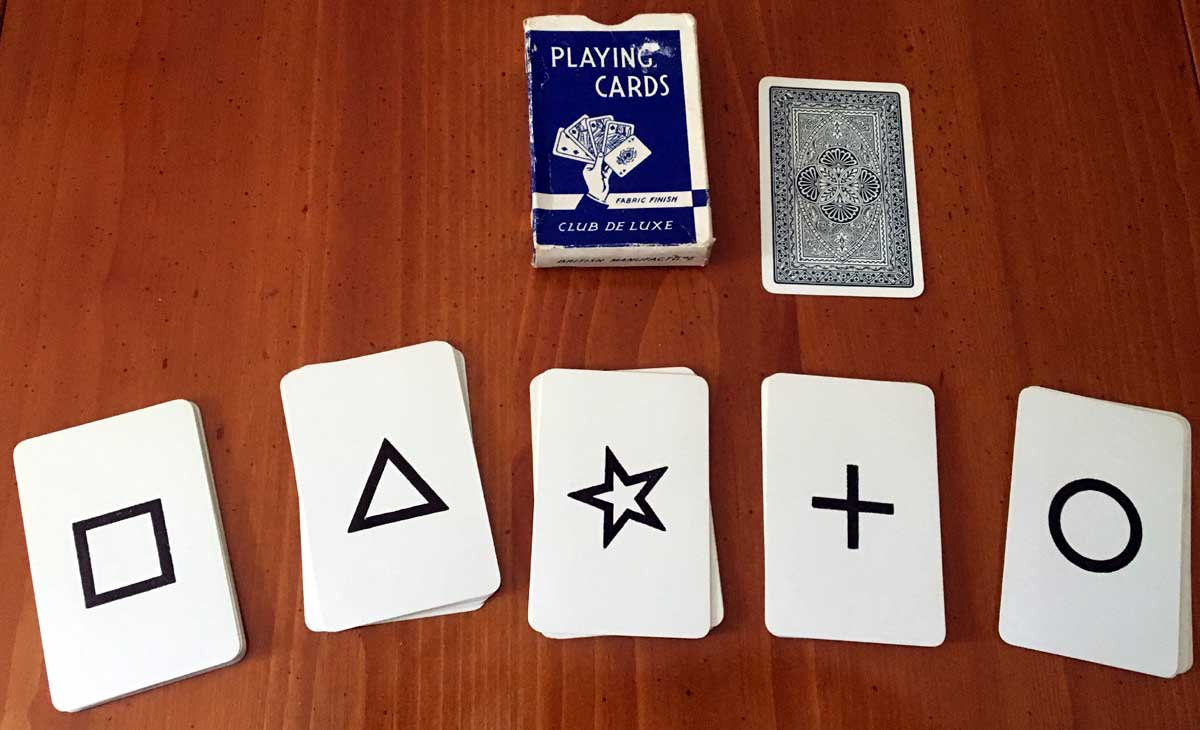 Above: a deck of Alf Cooke ESP cards. 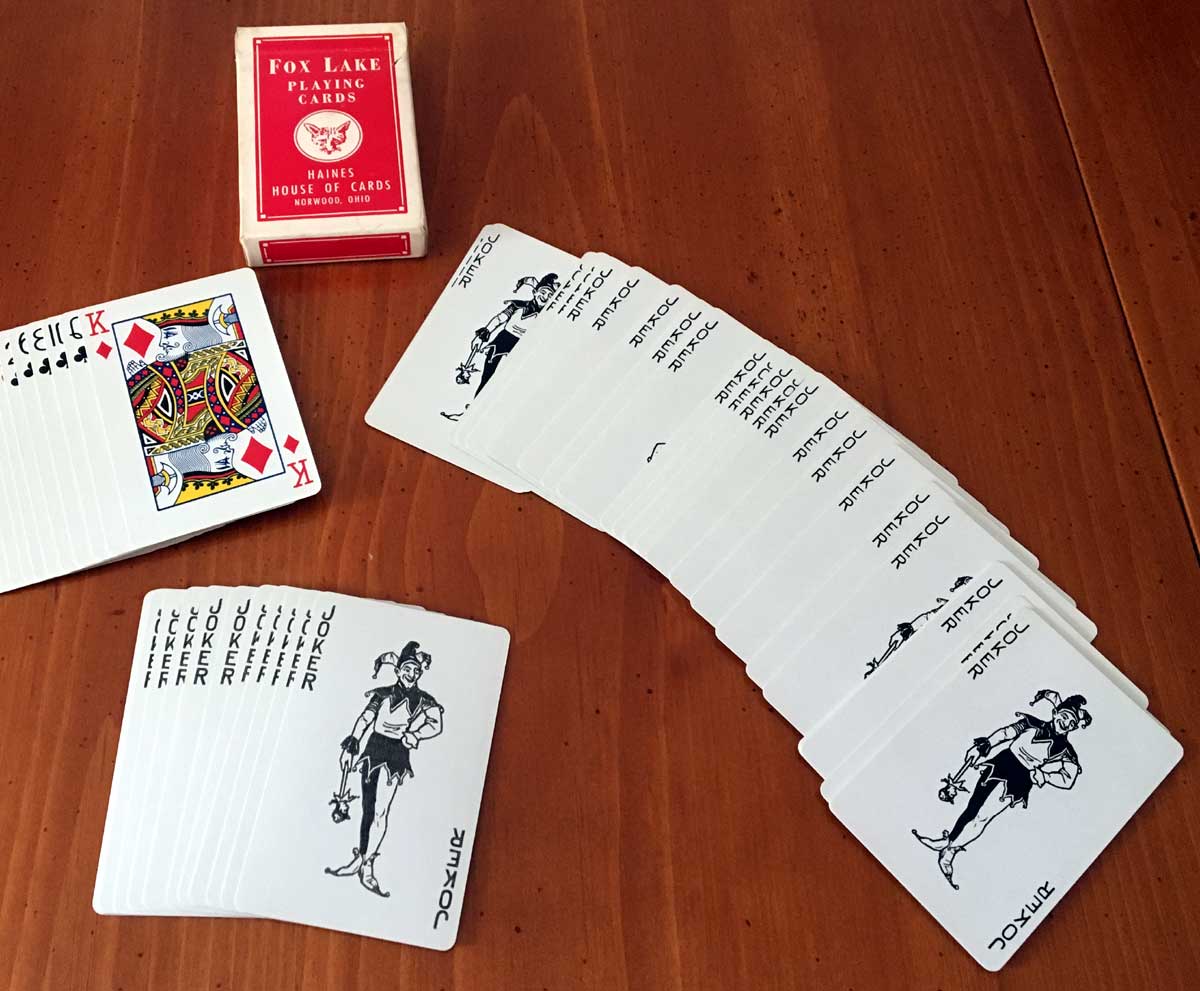 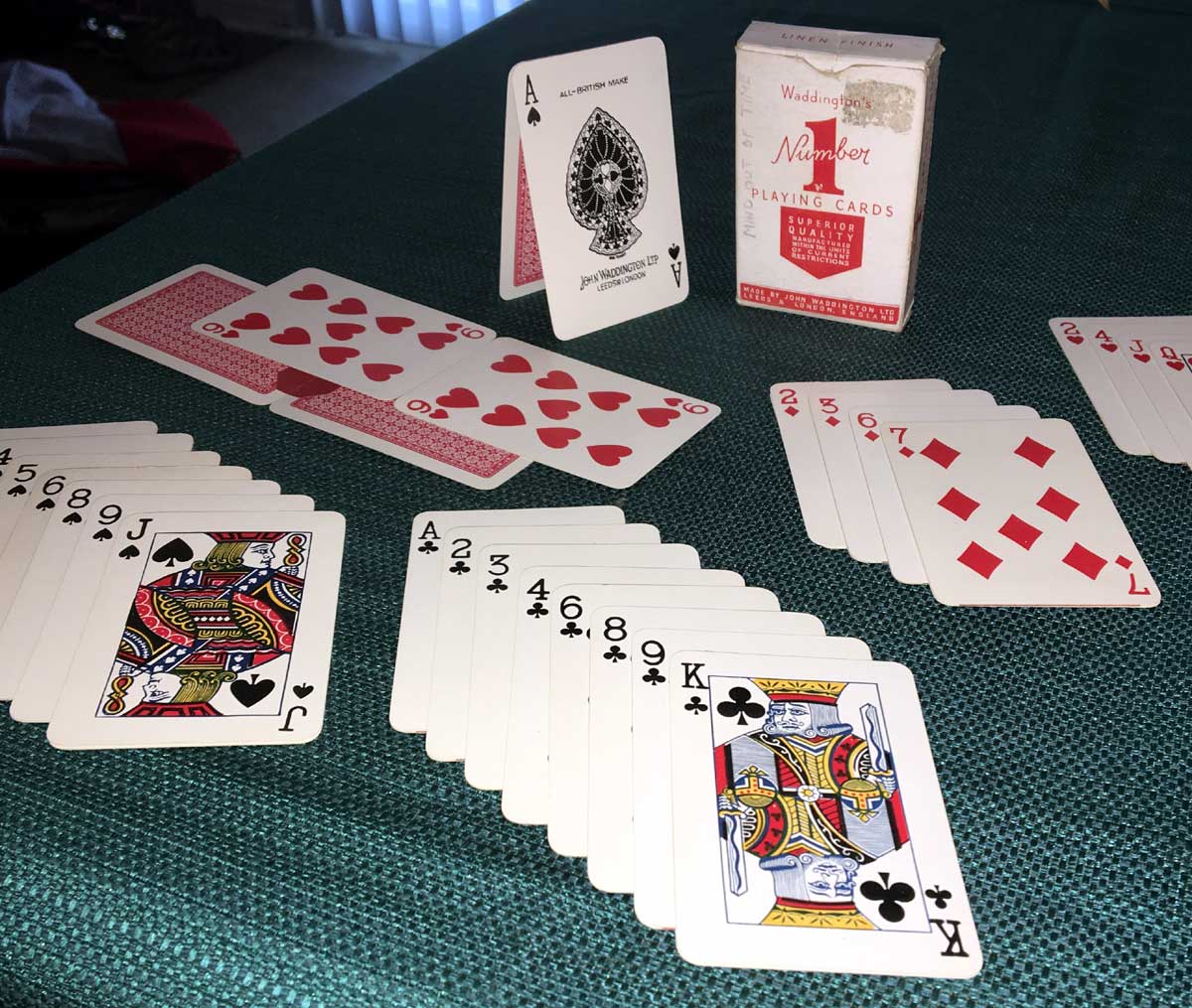 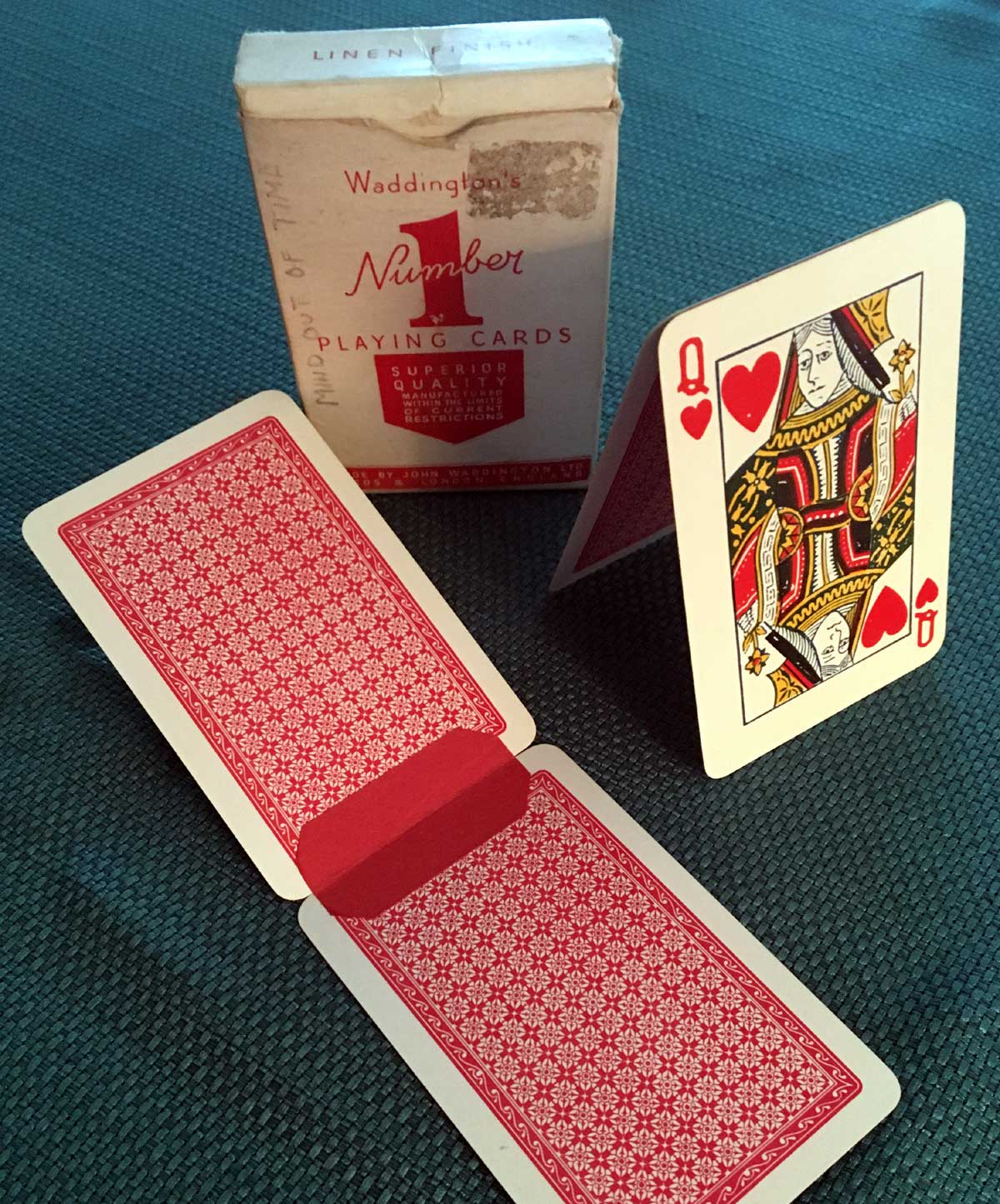 Above: special conjuring pack by John Waddington Ltd, c.1950. The pack consists of duplicates taped to each other at the back so that they can open up and stand by themselves. All the cards duplicates taped to them in the same way, possibly for a magic stage act. All above images courtesy William Lismore.

An Arrco set of cards housed in a 1950s Alf Cooke box. The cards are reversed in colour compared to a standard deck, and are from Enardoe Goofy Bridge, produced by ARRCO Playing Card Co, Chicago, USA, also c.1950s. A matching card on the back of the tuck box is an Arrco joker which was affixed over an Alf Cooke jack of spades which was glued to the box see photo here► 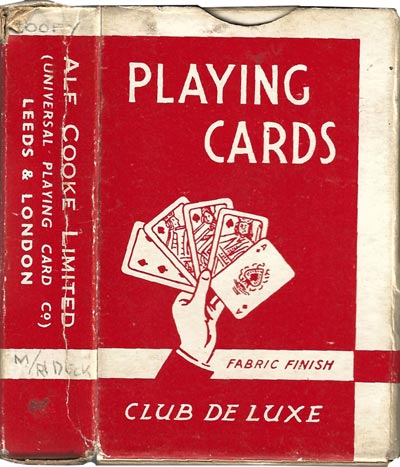 Above: the Club de Luxe box manufactured by Alf Cooke Ltd (Universal Playing Card Co), c.1950s. The cards somewhat rattle in the box, which I think would have housed a slightly wider deck, though the height looks about correct. Written in pencil at the top of the side of the box is "Goofy". 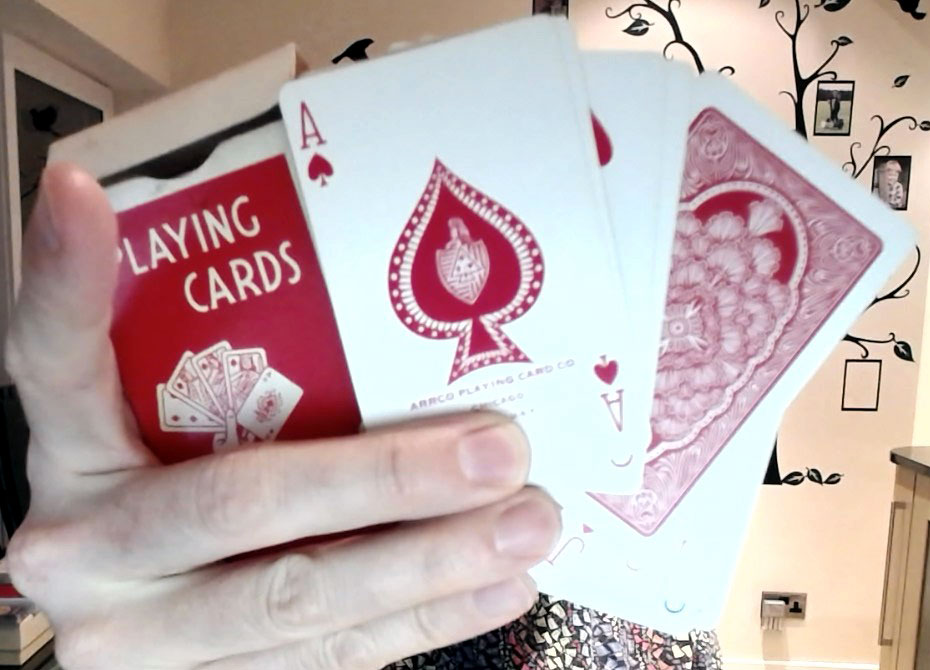 Above: the cards inside the box (also shown below). The cards measure 52mm x 89mm. The cards themselves are in very good condition for 70 years old. I don't believe they have been played with much. See reverse here►

ARRCO had been producing decks with reversed colours for Edward Drane & Co (Enardoe) since c.1932 as a gimmick. The cards shown here may be old stock sold off to Alf Cooke to use in conjuring decks. Alternatively, the original owner's Enardoe box was damaged, so he put them in this one! But why go to the trouble of sticking a joker very securely to the box? Playing cards are a wondrous connection to the past, though they do tend to throw up more questions than answers! 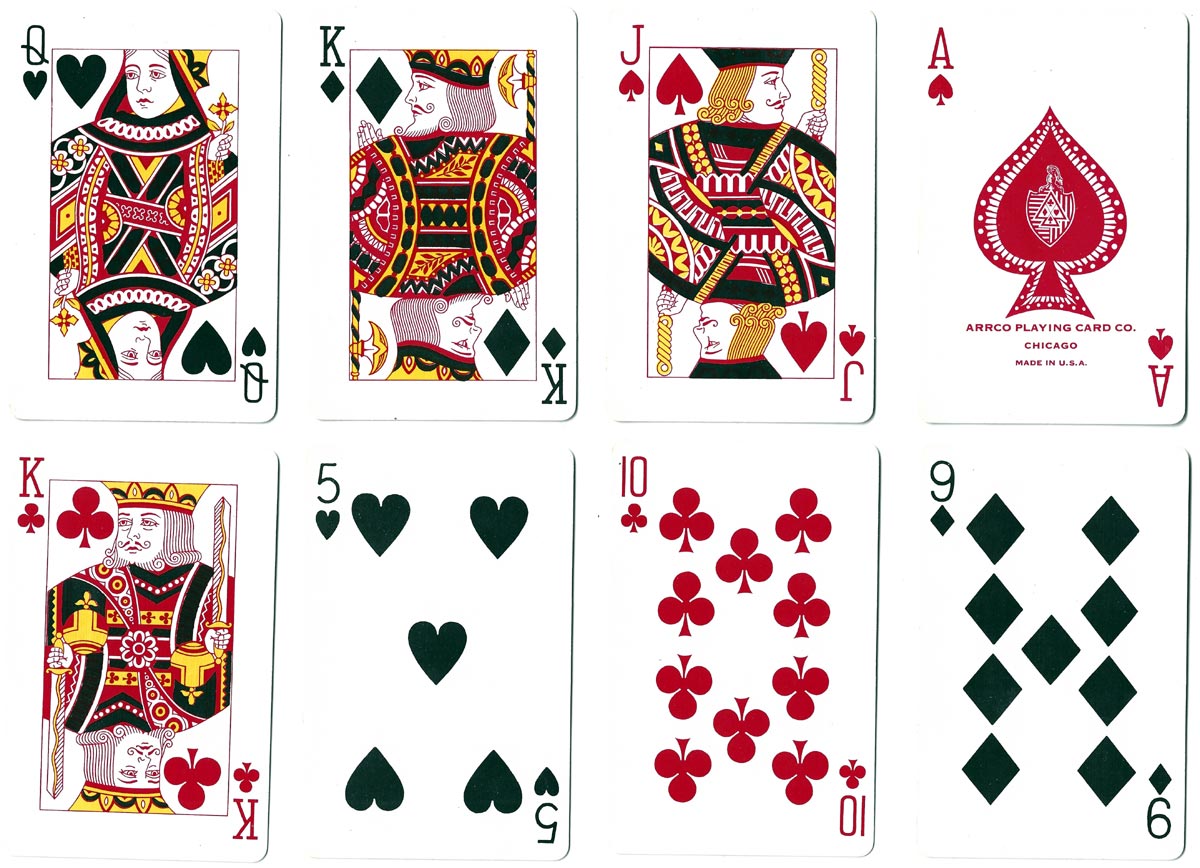 Above: the cards inside the box are from Enardoe Goofy Bridge, produced by ARRCO Playing Card Co, Chicago, USA. From the collection of Ian Taylor. Gamagic Catalogue of Magic Card Tricks, c.1940. Everyone is familiar with playing cards, which makes them a ready medium for magical performance. Richard Valentine Pitchford, better known as Cardini, is one of that select band of performers who became legends during their own lifetimes The art of mystifying people is very old indeed. The first conjurers were priests who obtained power over simple minds by performing magical tricks which appeared to have a supernatural origin.