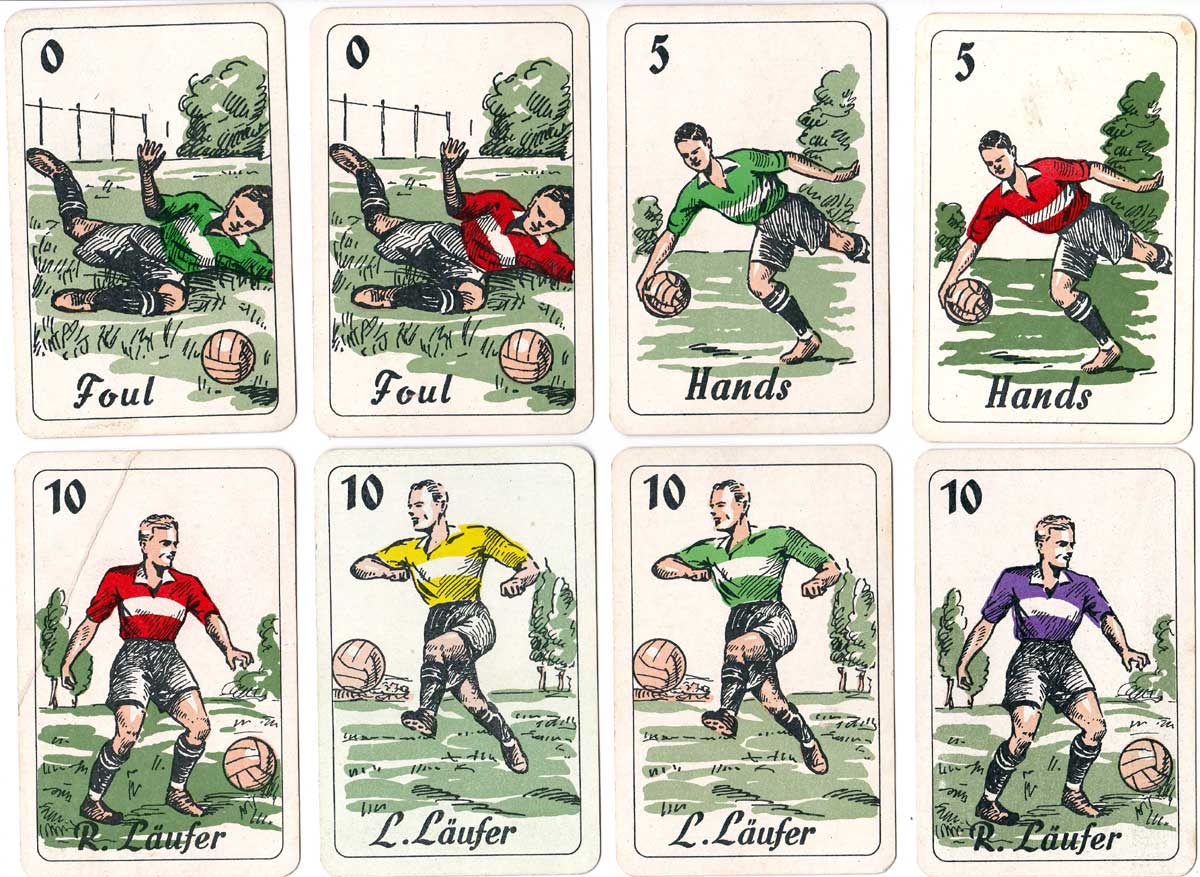 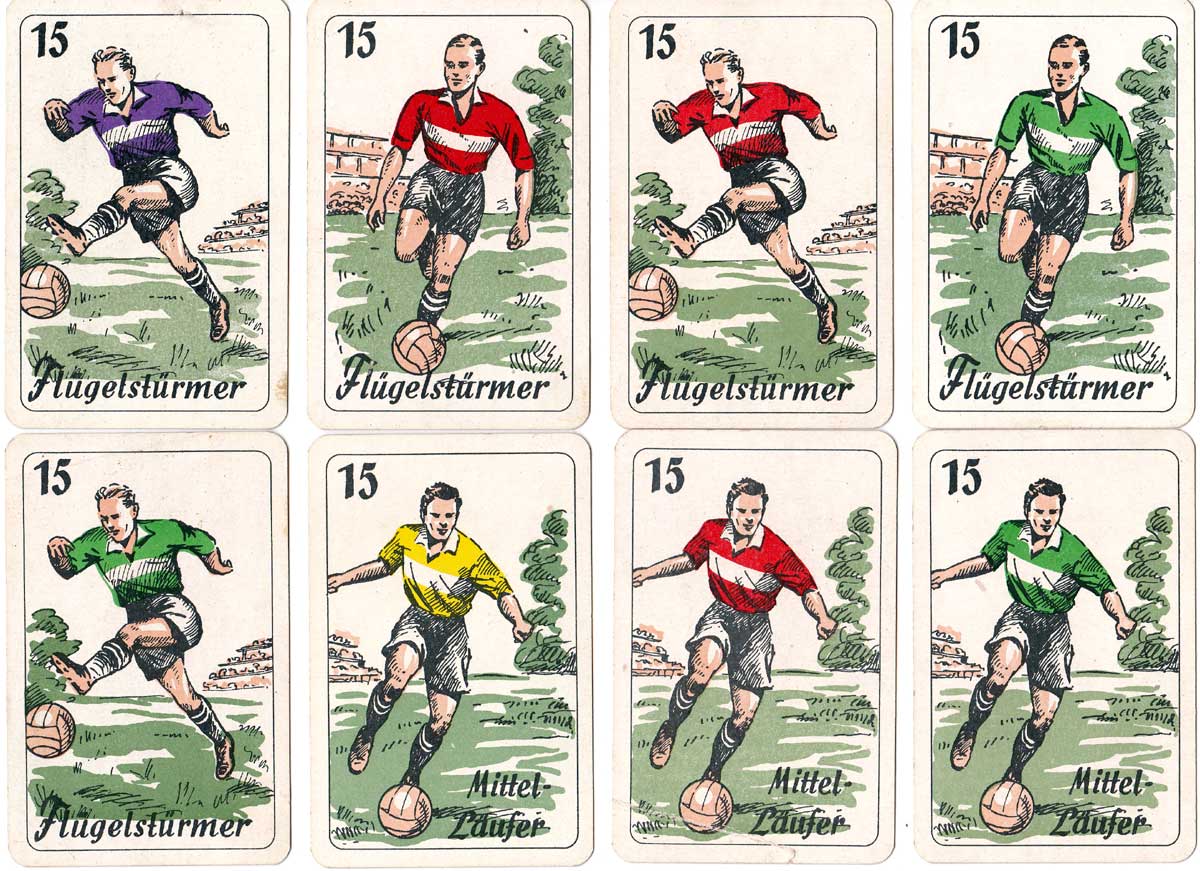 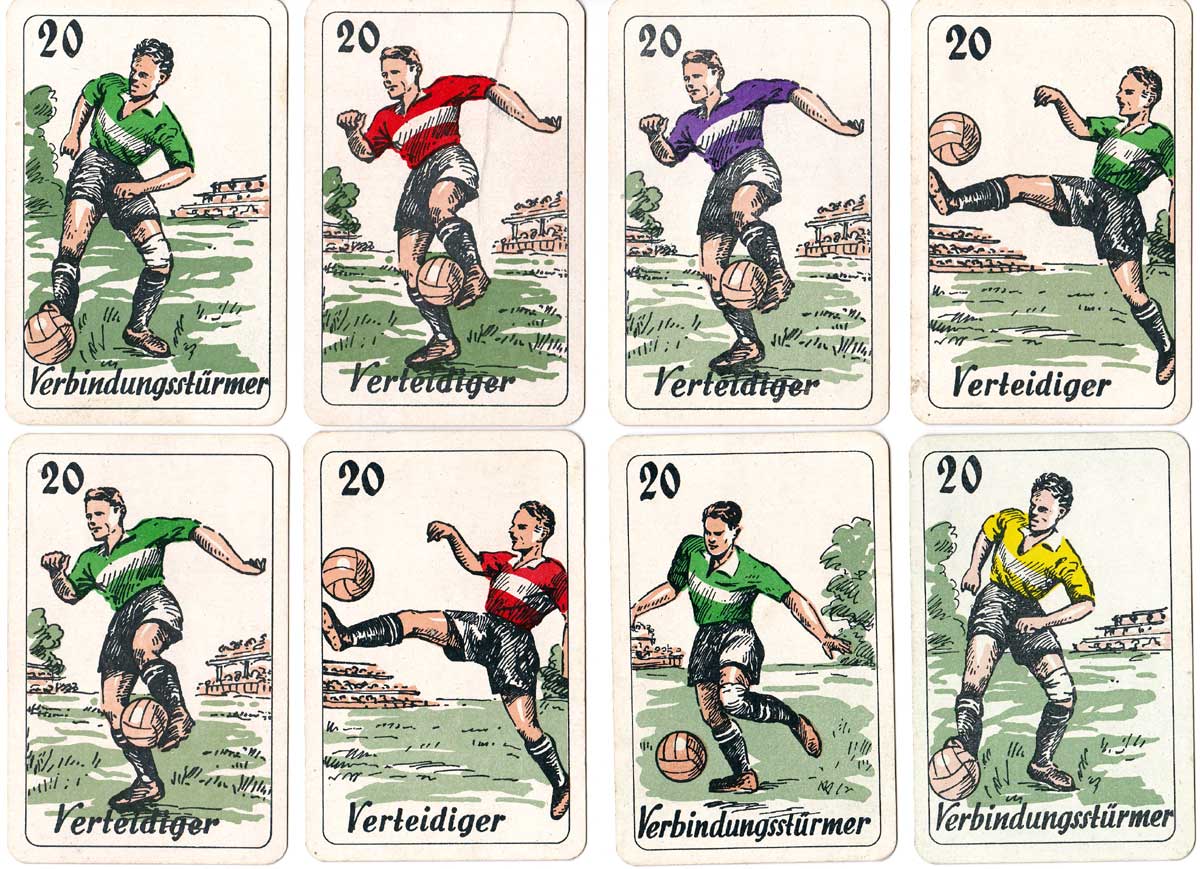 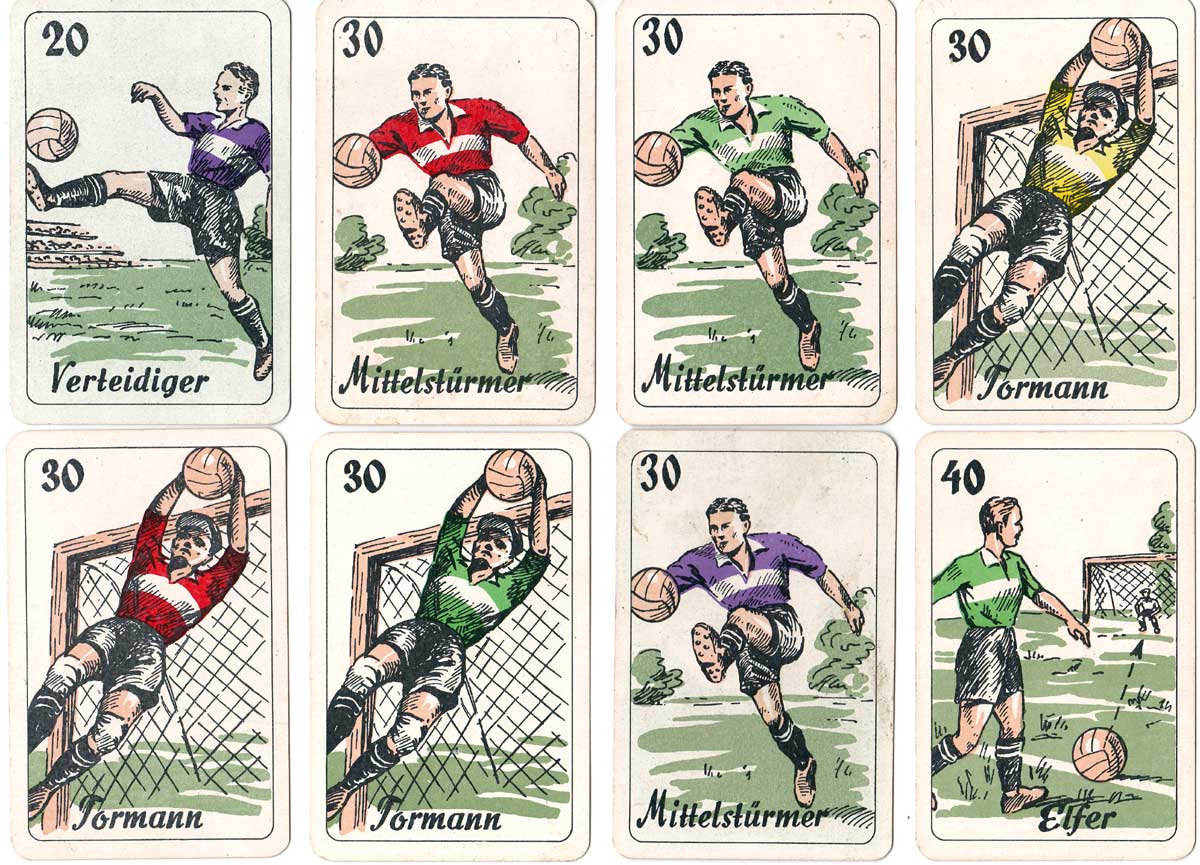 Above: “Goal” Fußball Spielkarten manufactured by Ferd. Piatnik & Söhne Wien, c1930s. 36 cards in box (red or blue). Matthias Sindelar was an Austrian footballer known as "The Mozart of Football" or "The Paper Man" for his slight build who died in 1939. Voted best Austrian footballer of the 20th century in an Austrian magazine. From the collection of Rex Pitts.