Since the 1840s & 50s Spanish-suited playing cards had been exported by leading European manufacturers to agents and wholesalers in Montevideo, Buenos Aires or Caracas, and in some cases the designs had an influence on local production. 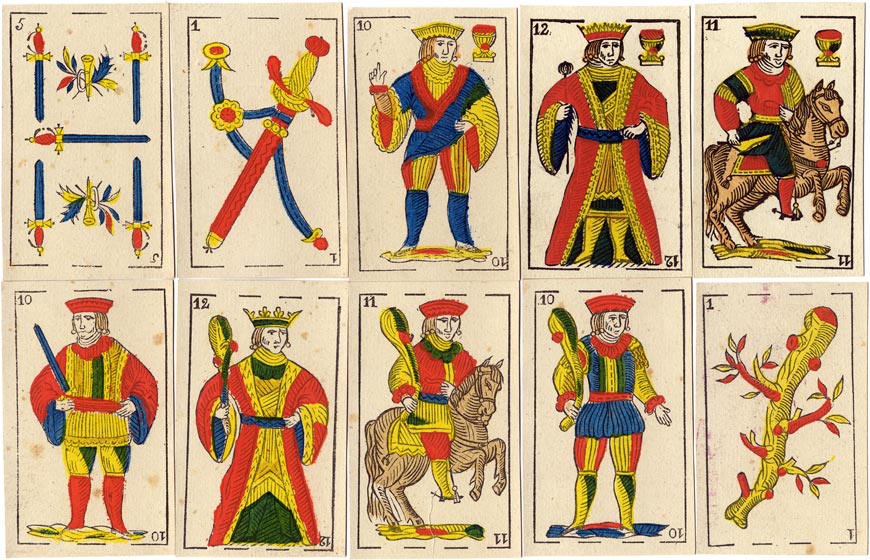 Above: Spanish-suited Catalan-style playing cards made by Mesmaekers, Belgium, woodblock and stencil style, c.1875. 48 cards. The reverse has a purple marbled effect.

In 1875 the lithographic stone for Mesmaekers' Spanish cards was simply redesigned from a woodcut, despite the differences in technique and craftsmanship required for each method. 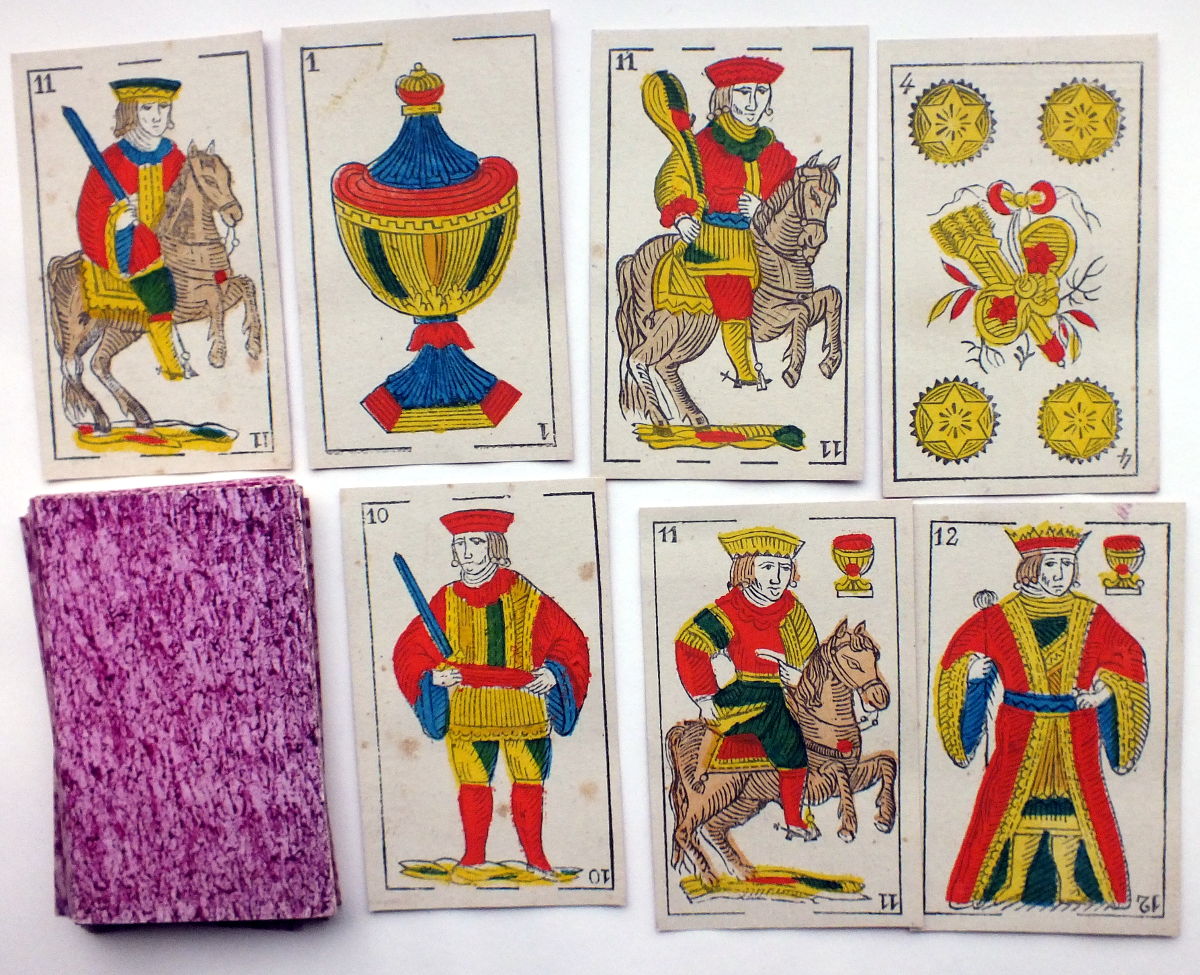