Sunish Chabba is working on an initiative to revive traditional Ganjifa, the card game most popular 17th Century India. This will be the first production of a deck based on Dashavatara Ganjifa using Casino grade card and finish making it a unique and rare occurrence. The cards have been custom illustrated by hand. The deck will include a booklet referencing the history of playing cards including Ganjifa, and the games people used to play with the deck. You can support this unique and worthwhile project on kickstarter here► 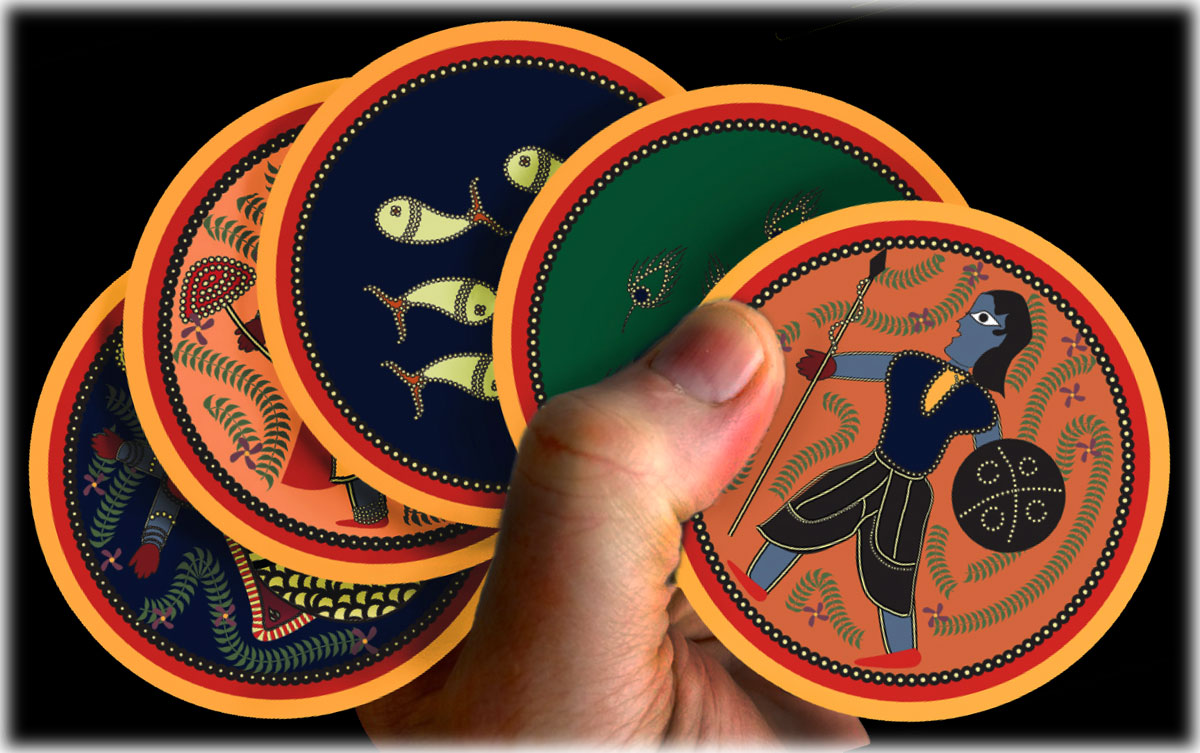 Above: All images courtesy Sunish Chabba.

The “Guru Ganjifa” deck consists of 130 cards, of which 120 are used in play. The other ten contain information about the avatars of Lord Vishnu. Each of the ten suits contains cards numbered 1 through 10 plus two face cards, a total of twelve cards per suit. The face cards are the Mantri (similar to the Jack) and the Raja (similar to the King). 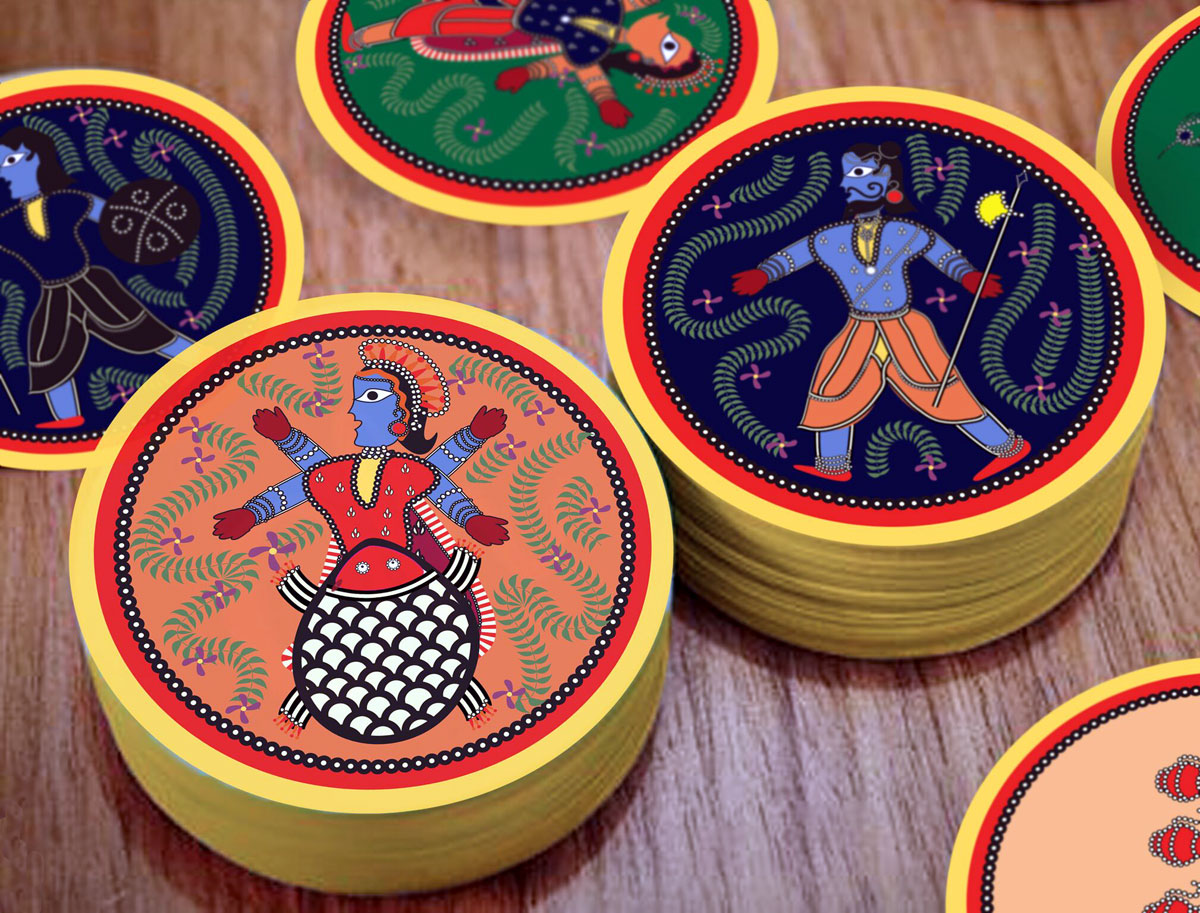