Spanish-suited playing cards made on rawhide and said to have been used by Chilean Mapuche Indian men, XVI-XVII century. We know that Spanish soldiers commenced colonising South American territories from the early 16th century and were also heavy gamblers. At the same time, the Indians captured firearms, horses and other items from the intruders which changed their way of life. These cards appear to have been copied from 40-card Spanish models by a draughtsman unfamiliar with finer details of Spanish playing card pictures but who somehow imitated their basic shape and layout so that they could be used for playing Monte. 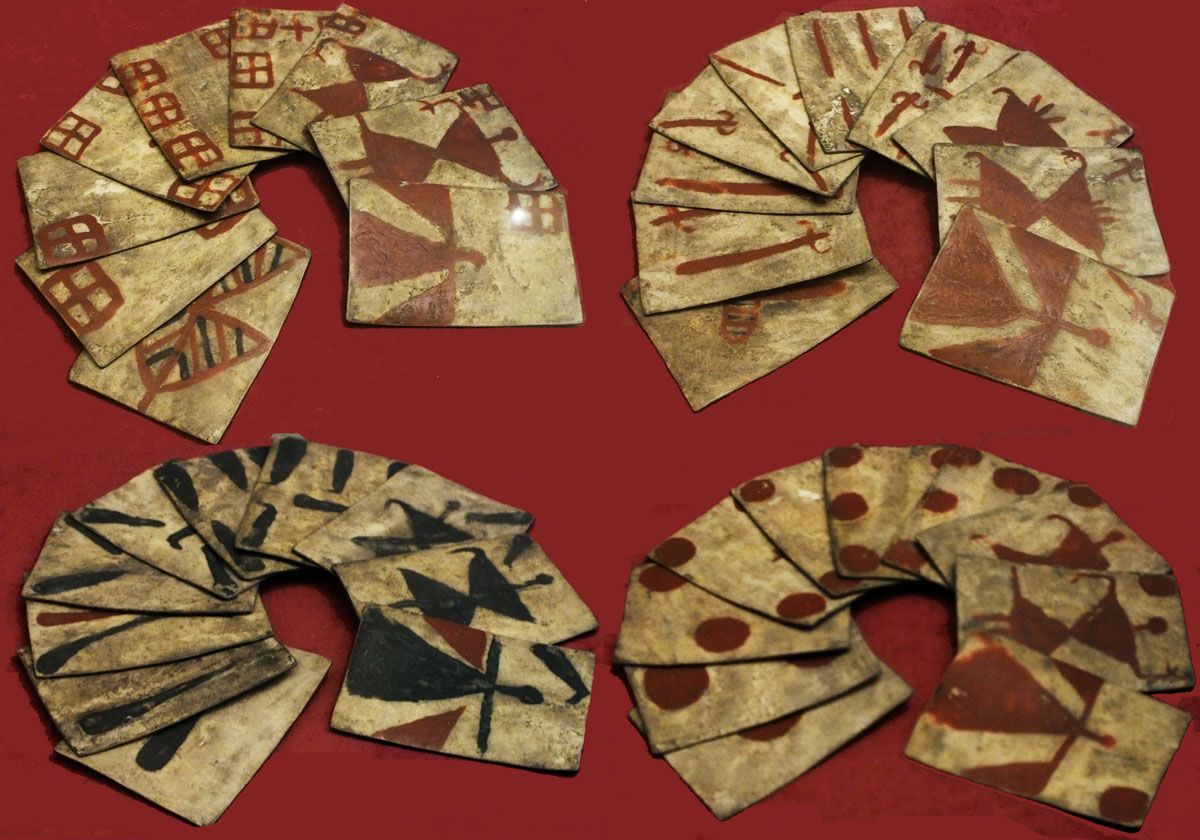