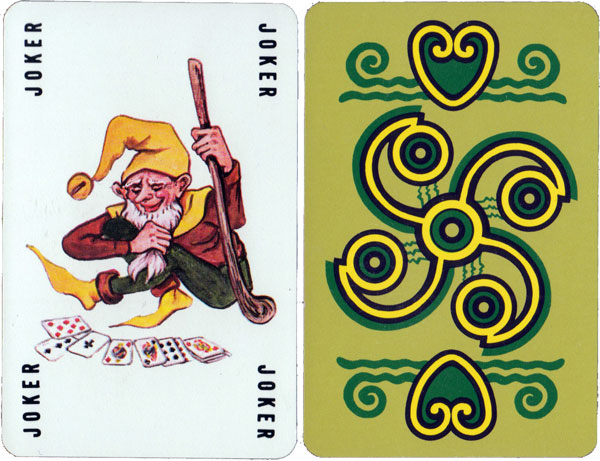 Jeu de Cartes “Bretagne” designed by Matéjà (Marie-Therese Jallon) featuring Breton folklore with celtic decorative motifs on the back. In Breton folklore, a Korrigan (Joker card, right) is a leprechaun or dwarf-like spirit who, on account of magical powers, is sometimes believed to be evil. The courts wear idealised traditional costumes from different parts of Brittany to convey their cultural identity. An extra card in the pack names the four aces and court cards→

As we remember from the maps in Asterix books, Brittany is in the northwest tip of France. Breton is a Brythonic Celtic language closely related to Cornish and a bit more distantly to Welsh. Bretons are concerned about the decline of their language and traditional way of life. Some customs from pre-Christian tradition are preserved in the folklore of Brittany. 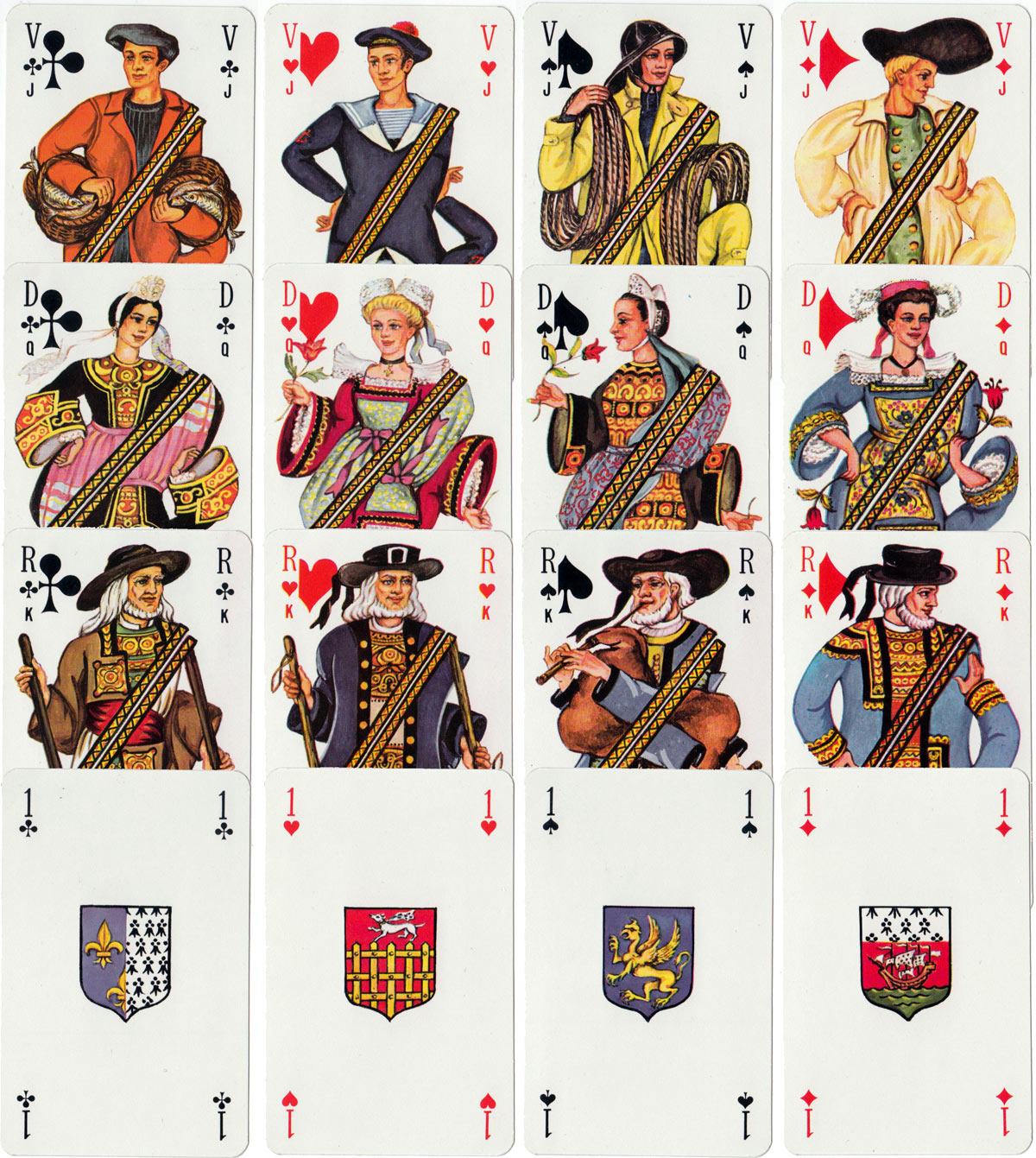