Les Grandes Figures de L’Histoire Bretonne playing cards with Celtic motifs and historic or legendary persons on the court cards. For example, Saint Tryphine appears on the Q♠ and Conomor (K♠) was a legendary villain in Breton culture. The K♣ features Erispoë, a historic king of Brittany, with Marmohec his wife who gave him two children: a son, Conan (J♣) and a daughter. The K♥ is Gradlon the Great, a semi-legendary 5th century “king” of Cornouaille who became the hero of many Breton folk stories. Each ace has of a "Celtic knot" design. See the Box► 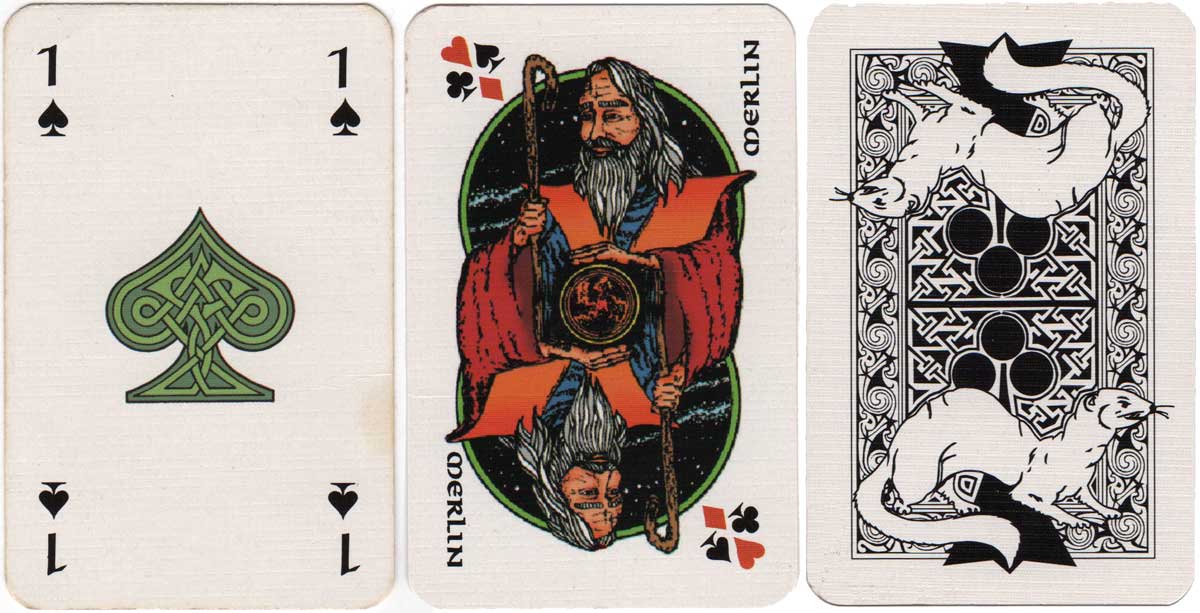 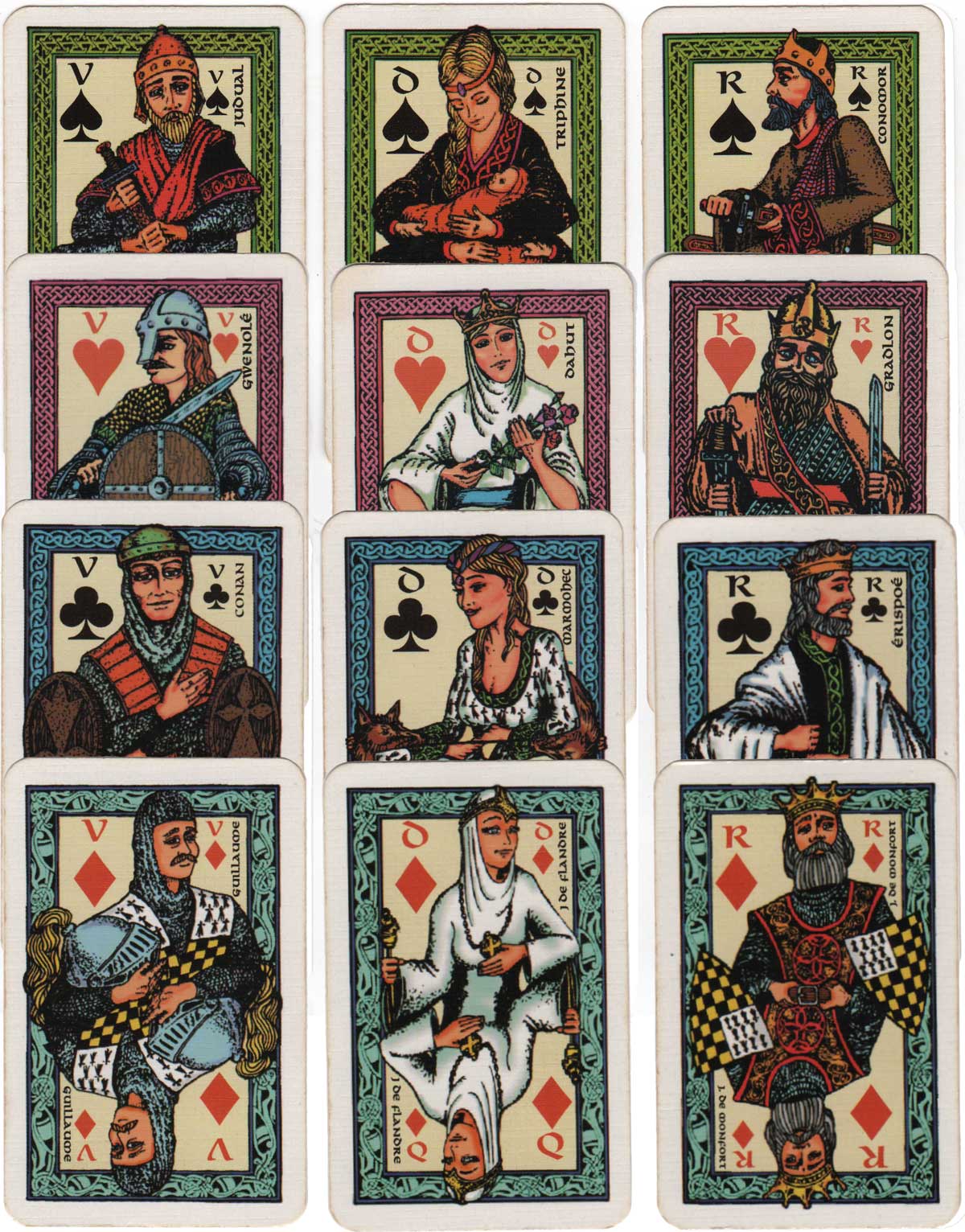