Louis Marie Baptiste Atthalin’s marvellous set of transformation cards, known in France as “cartes comiques”, was first published in c.1817. The court cards are titled and depict persons from classical literature and history in a scene relating to their life, whereas the numeral cards are untitled and portray a variety of contemporary scenes or imaginary cartoons in extraordinary detail (bearing in mind the constrained size of a playing card) and which transform the humble playing card into fine art.

The cards shown here are from a reproduction of an original deck in the National Playing Card Museun, Turnhout (Belgium) published in 1996. Original cards can also be viewed on the Bibliothèque Nationale de France website► 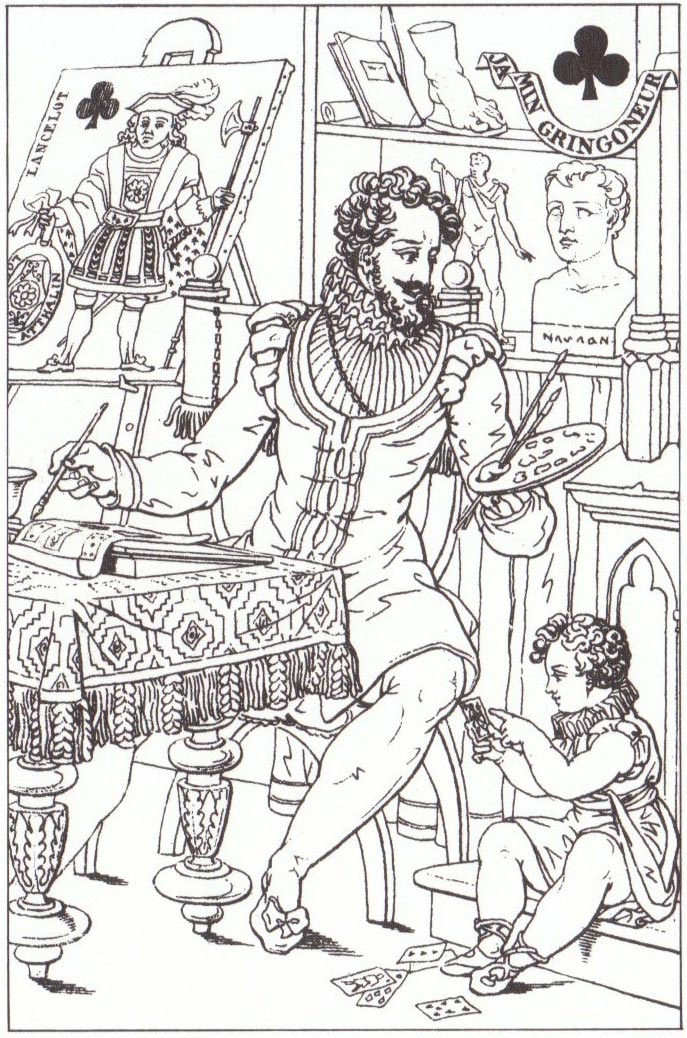 Above: the Valet of clubs is named as ‘Jacquemin Gringoneur’, the artist who painted three packs of cards for King Charles VI of France. The card is actually a self-portrait of the artist whose name ‘Louis Atthalin’ appears on the jack of clubs on the easel. Original cards can be viewed on the Bibliothèque Nationale de France website►

The court cards, as is often the case with standard French cards, are titled and represent persons from classical literature and history. But in Louis Atthalin's version they appear in a scene relating to their life history. 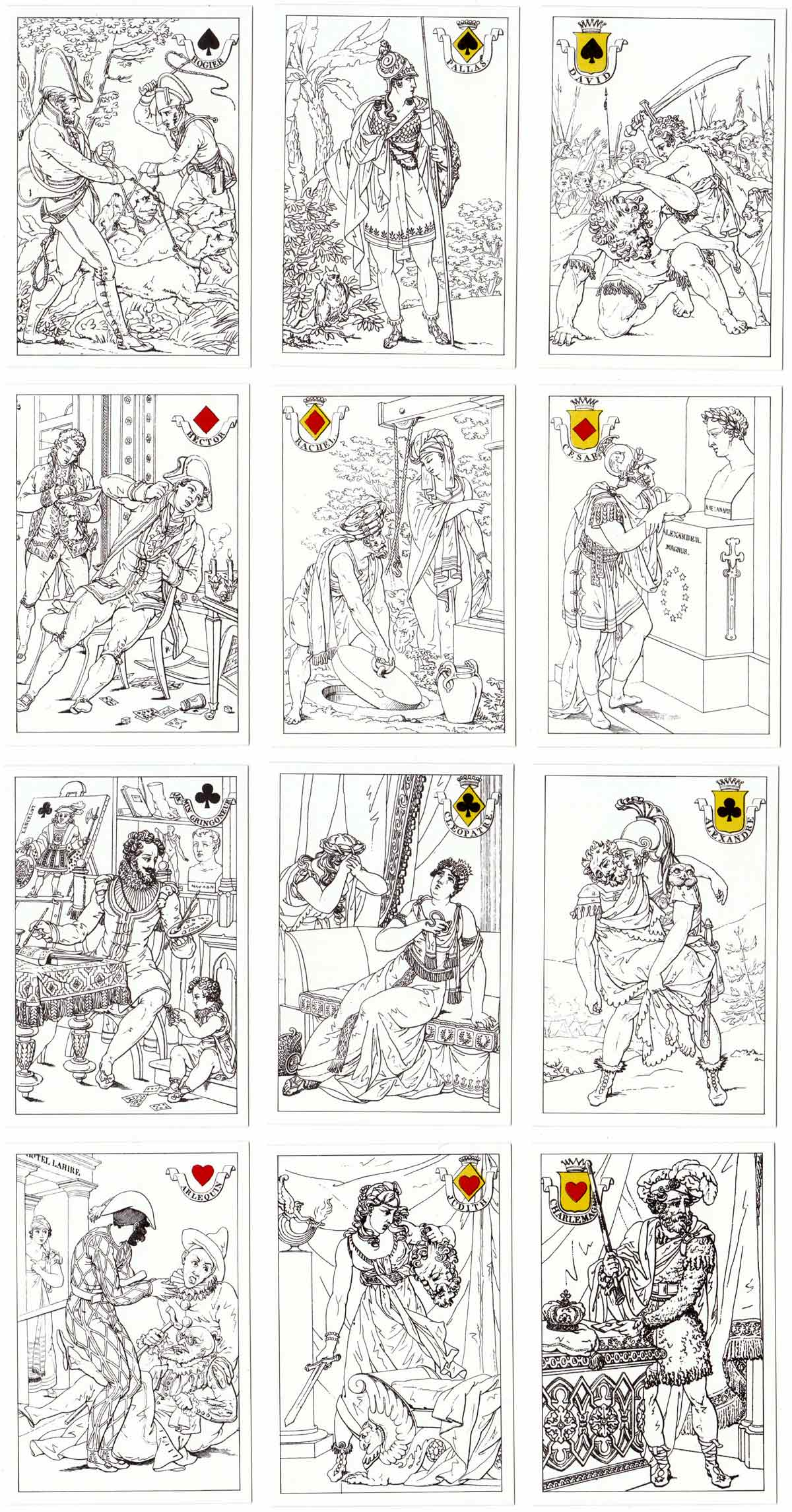 Above: cards from a reproduction of an original deck in the National Playing Card Museum, Turnhout (Belgium) published in 1996. All images courtesy Rex Pitts.