Cartes Recréatives is a set of 32 Transformed playing cards, plus a title card (right→), designed by Armand-Gustave Houbigant (1790-1863) and first published by Terquem et May, Metz, in 1819. At least seven packs are now known to have survived, all with slight differences, suggesting that several alternative transformations may have been produced by the artist whilst the entire set was being created. The practice of transforming ordinary playing cards into caricatures or everyday scenes was a fashionable recreation pastime in those days and a challenge of artistic imagination.

The facsimile edition shown here was published by Edizioni del Solleone in 1984 and is based on a complete, reconstituted pack with the title and explanation cards borrowed from another set. Original cards can be viewed online at the Bibliothèque Nationale de France►

The transformations are refined and skillfully engraved. Images include everyday social scenes and cartoons of soldiers, theatre audiences, a séance, a sermon, dancing dogs, a gathering of doctors, politicians, a musical group, etc. all executed with a satirical sense of humour. The pip cards and valets are titled at the bottom of each card. The box has a caricature “Portrait de l’Auteur.” 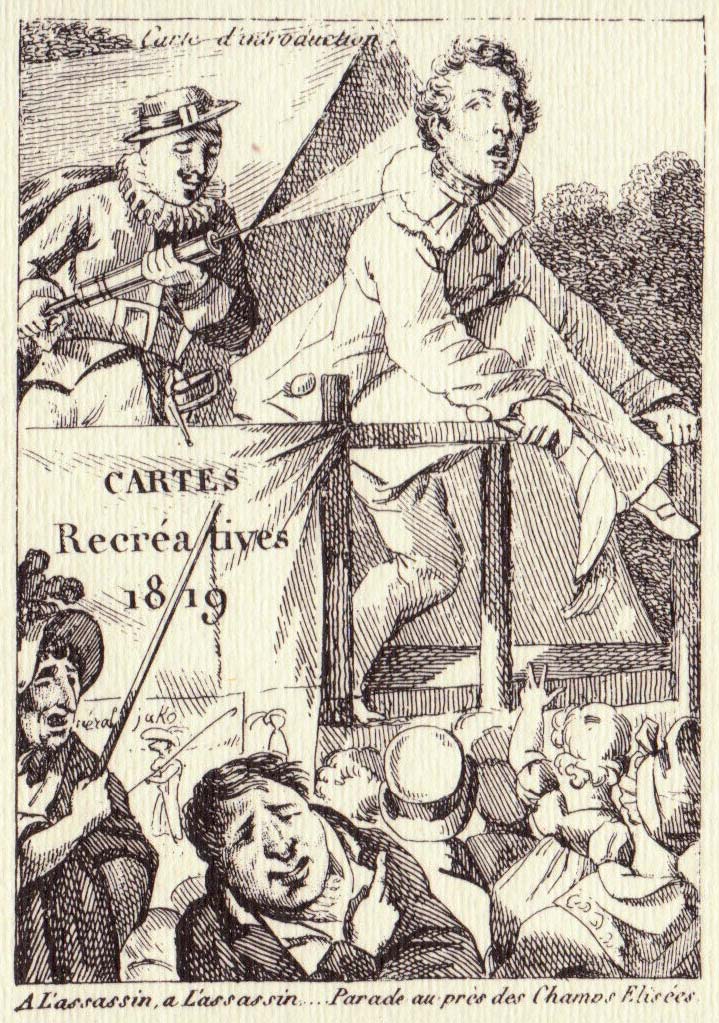 Above: title card from Cartes Recréatives, 1819. The original cards can be viewed online at the Bibliothèque Nationale de France► 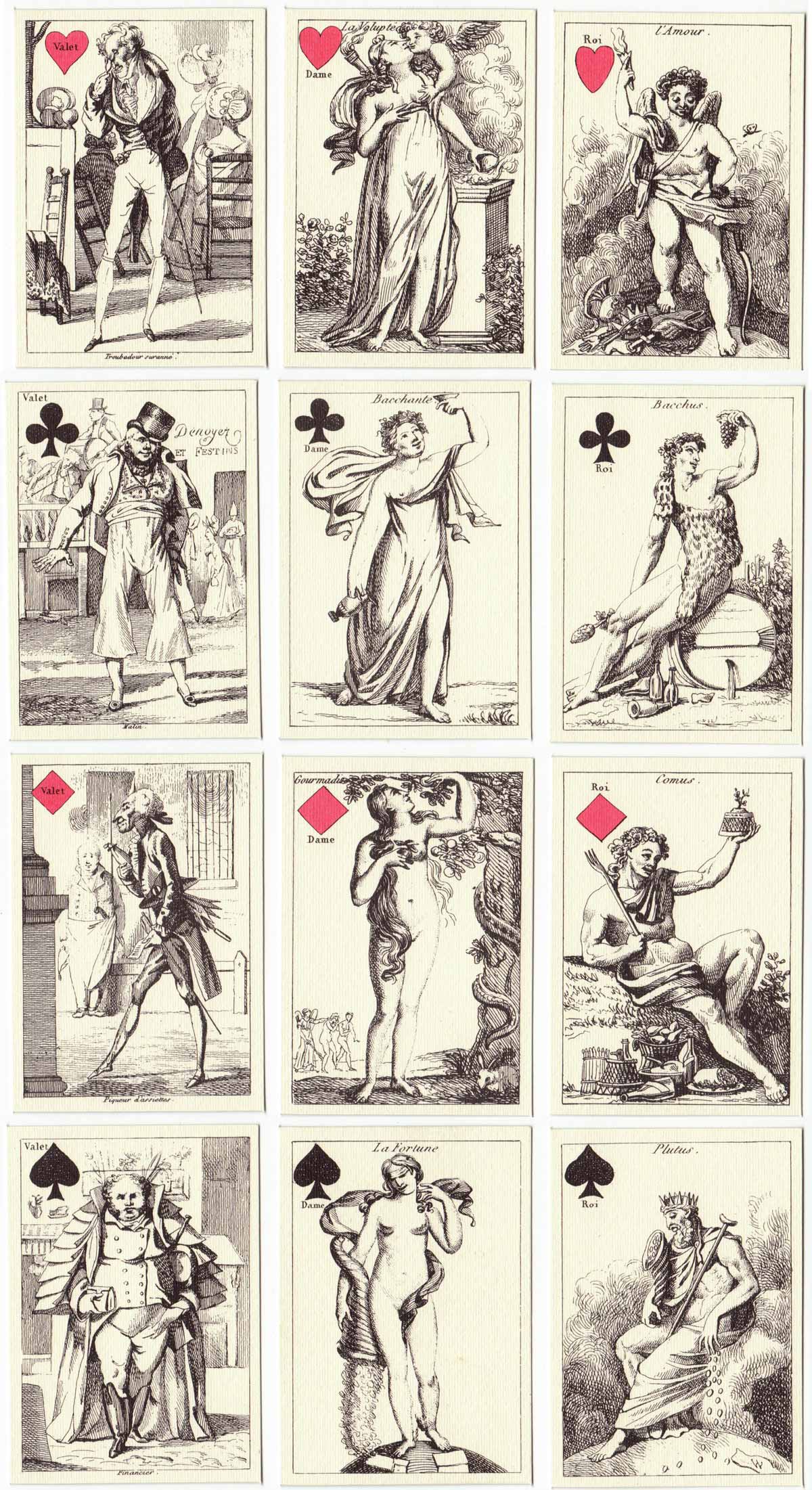 Above: the kings and queens, according to the artist, are named allegories of gods and goddesses which govern our pleasures, that fit well with the twenty transformed numeral cards, whilst the valets are suitable attendants.