Jeu des Sept Familles © K.F.S. Opera Mundi c.1960. Opera Mundi had been founded in 1928 by Paul Winkler selling articles to newspapers. In 1930 he became the European representative for KFS (King Features Syndicate), who distributed a number of comic book magazines and toys featuring the characters which appear in this card game. Opera Mundi was the KFS distributor in most European countries between 1950 and 1975. 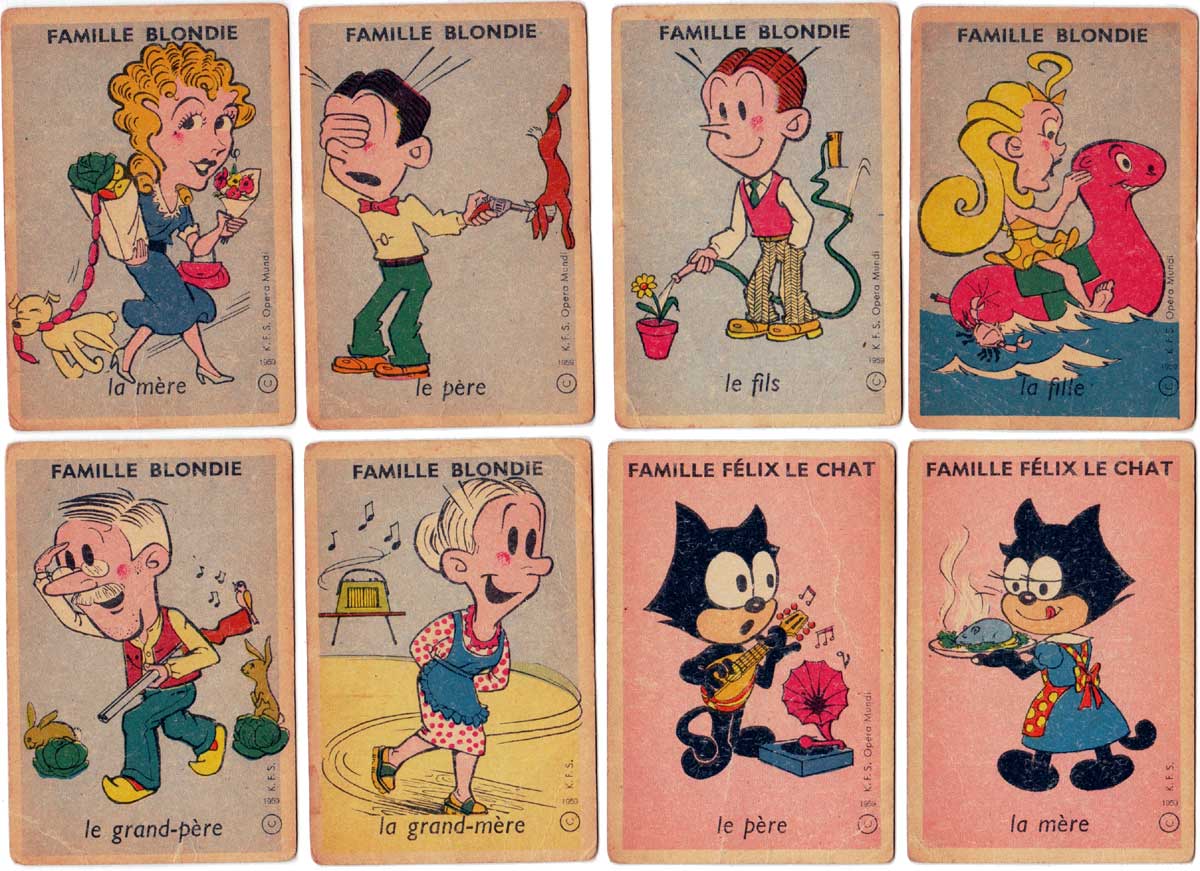 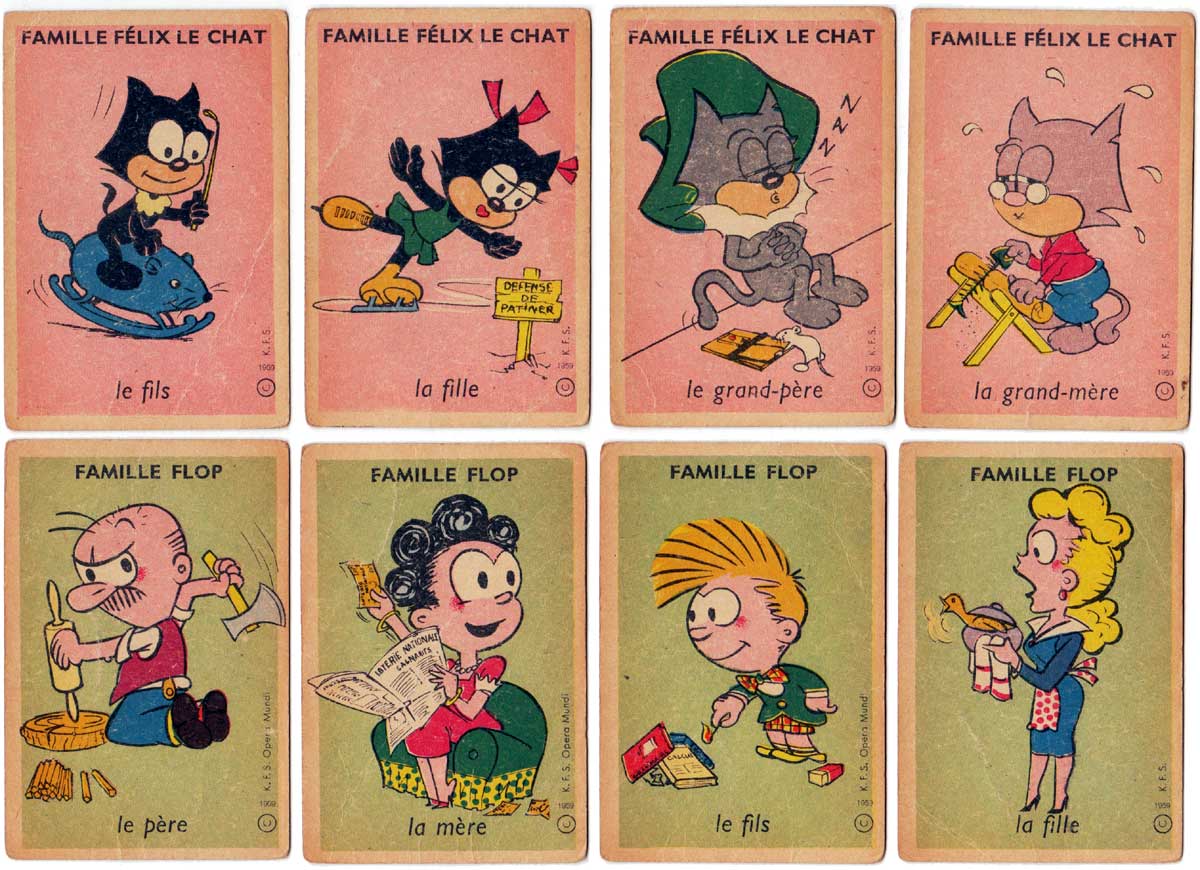 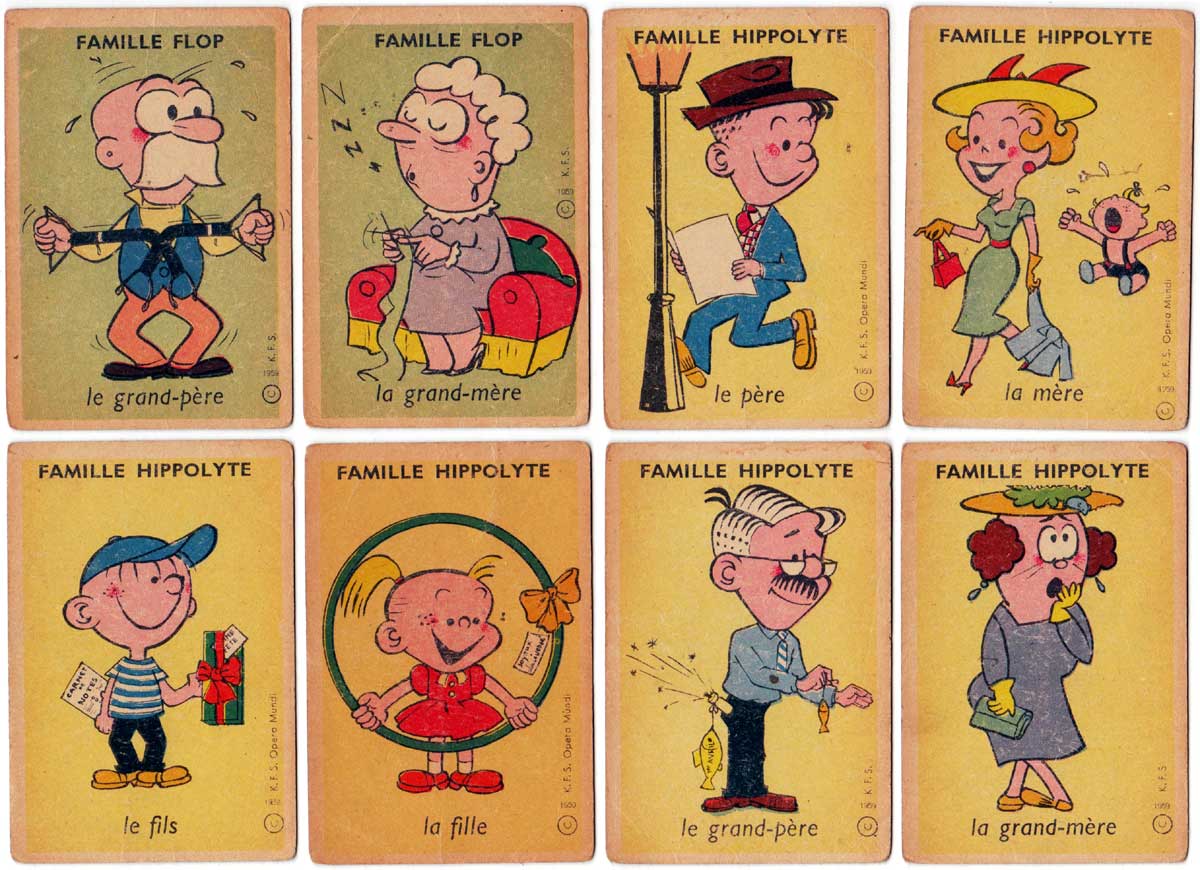 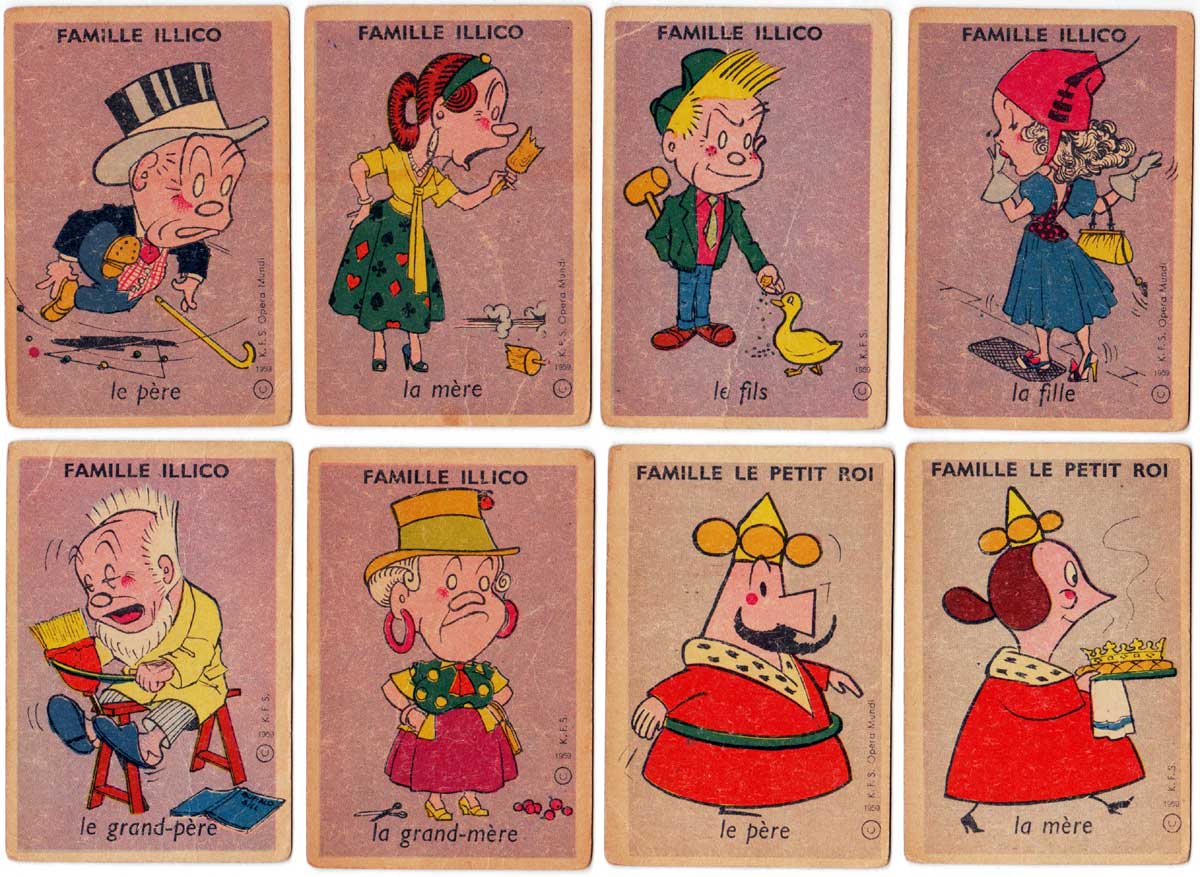 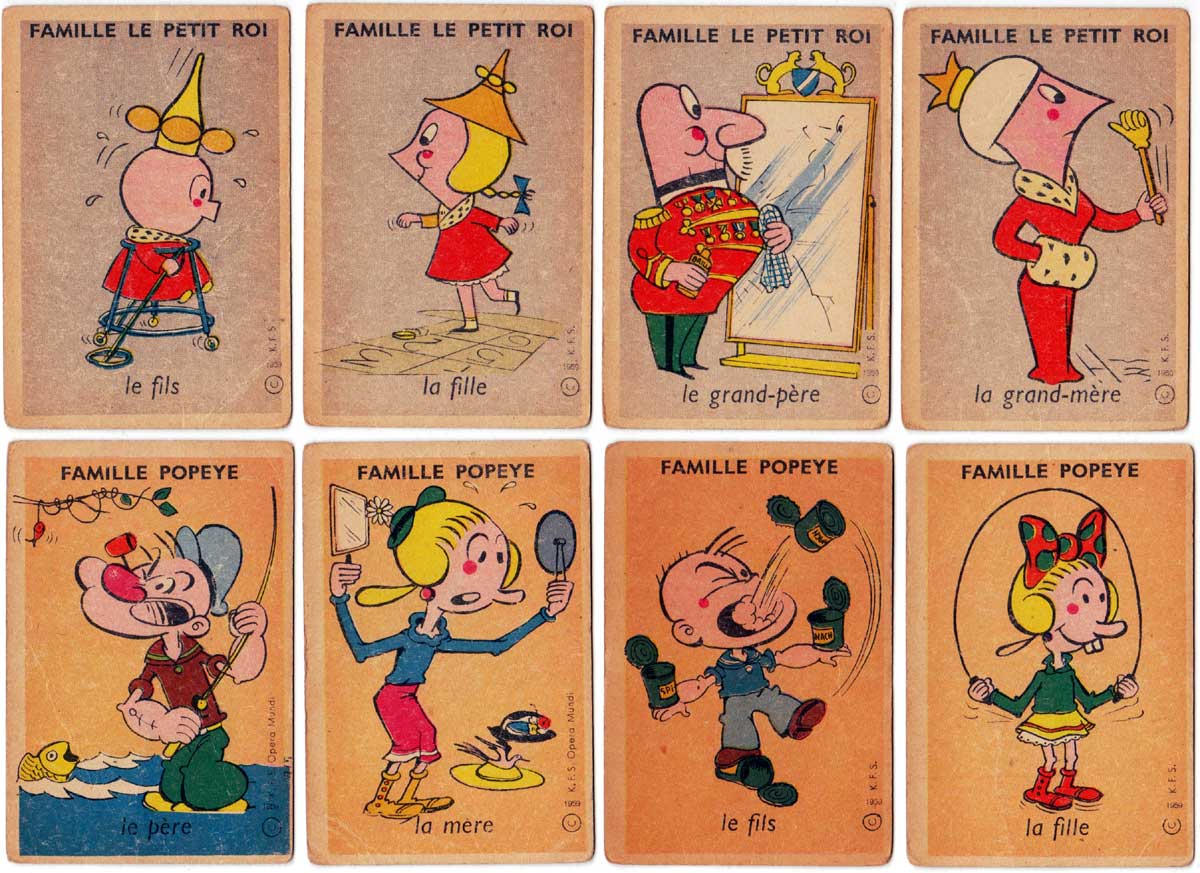