“Jeu de l’an 2” by Grimaud is a facsimile of 12 court cards first published by Veuve Mouton in c.1793, with authorisation by the Revolutionary Committee of Lille during the second year of the republic, made up into a full 52-card pack. The original cards are very rare because the authorisation was revoked a week later and not many copies had been printed. Reflecting the political and social events of that time, Geniuses replace the Kings (without crowns), Queens are replaced by Freedoms and Equalities replace the Jacks. 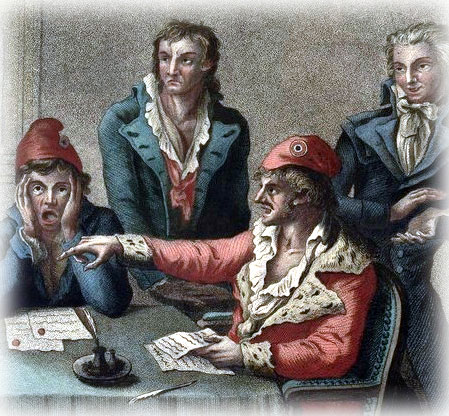 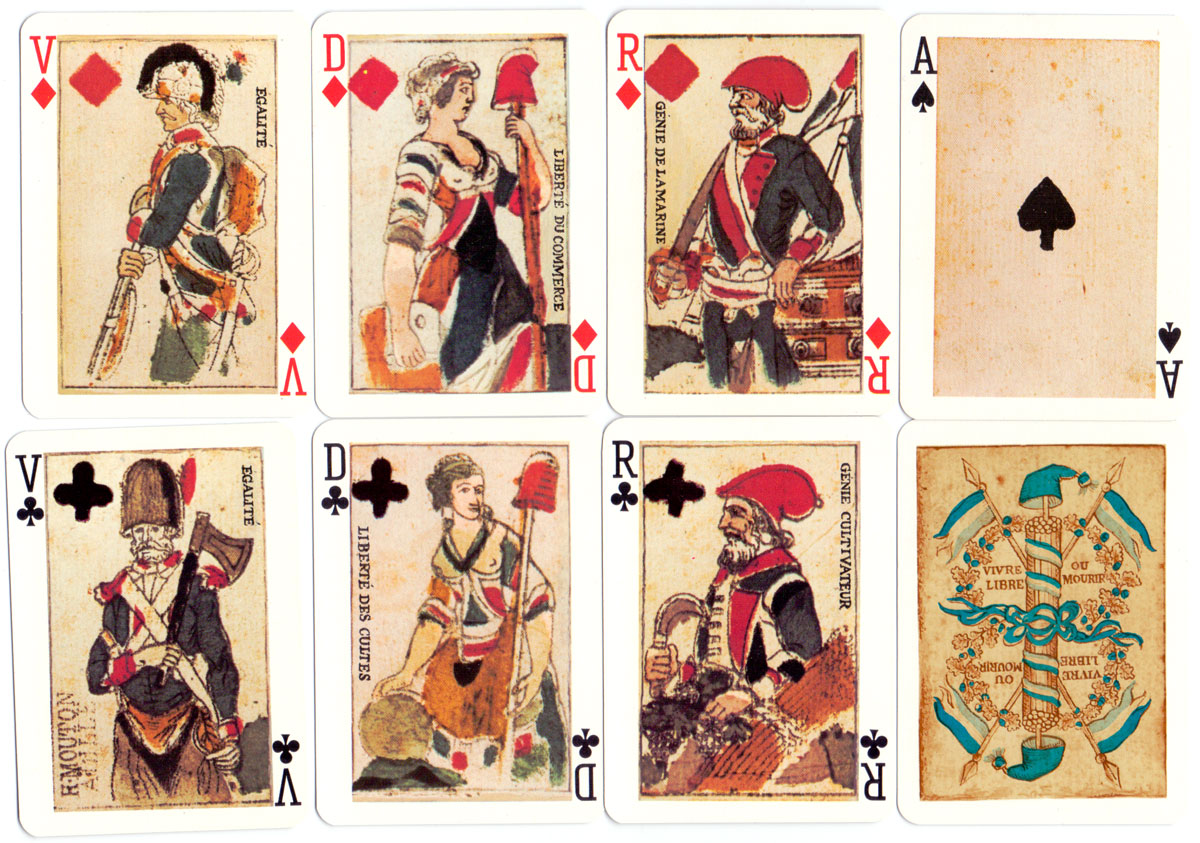 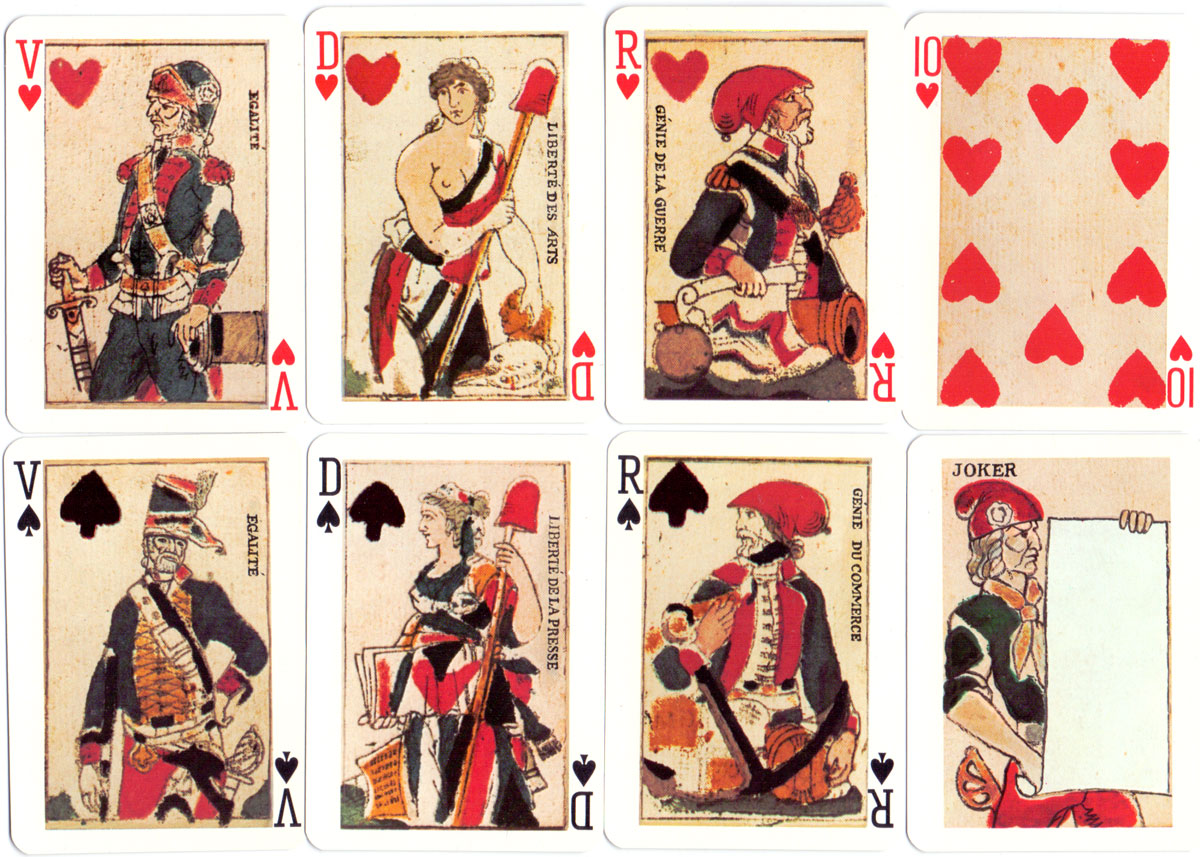 Above: “Jeu de l’an 2” by J-M Simon (Grimaud), a facsimile edition of 12 court cards first published by master card maker Veuve Mouton in c.1793, now preserved in the Carnavalet Museum, made up into a full pack of 52 cards + 2 jokers + explanatory card in box.