We are deeply saddened by news of the passing of Rex Pitts (1940-2021). Rex contributed over 500 articles to WoPC over the years and his knowledge of English card game manufacturers was second-to-none. His warm-heartedness, generosity and sense of humour will be profoundly missed.

A few years ago Rex provided his own brief autobiography:

“My parents were great amateur operatic enthusiasts and they were members of a couple of Operatic Societies in the 1930’s. This was in an age when people made their own entertainment and as a consequence of my Father’s enthusiasm all his three sisters joined him in the choruses for the performances these Operatic Societies put on. It was because of Gilbert and Sullivan that my Father and Mother met. They were both very good singers and played the principles in most of the Society’s performances. The picture is of them as Mabel and Frederick in a performance of “The Pirates of Penzance” in 1933 in Willesden northwest London.

“After they got married I came along and we lived in a household full of music. My Father was a brilliant pianist with a great fondness for Chopin and Granados and he played almost every day. Very often my Mother and Father would sing together in the evening, usually a Gilbert and Sullivan song. Sometimes, when relatives visited, they brought with them their musical instruments or just their voices for an evening of musical fun. My Father tried to teach me to play the piano but to my everlasting regret I stopped practising and never learned.

“I have retained a lifelong love of Gilbert and Sullivan which is why, a few years ago, I made a series of drawings based on the engravings that illustrated W S Gilbert’s “Bab Ballads” books. I made them on cards which I had an idea would make an interesting little pack for a bit of fun. They were just black and white at the time and I put them away and forgot about them. I did notice that there were 13 surviving Operettas by G & S and 4 sketches for each one made a total of 52 cards and played with the idea of making them into a suited pack of cards. Unfortunately I had not left enough space for a suit sign on many of the cards so I gave up on that one. What I had was a pack for a game of Quartet, played like Happy Families.” 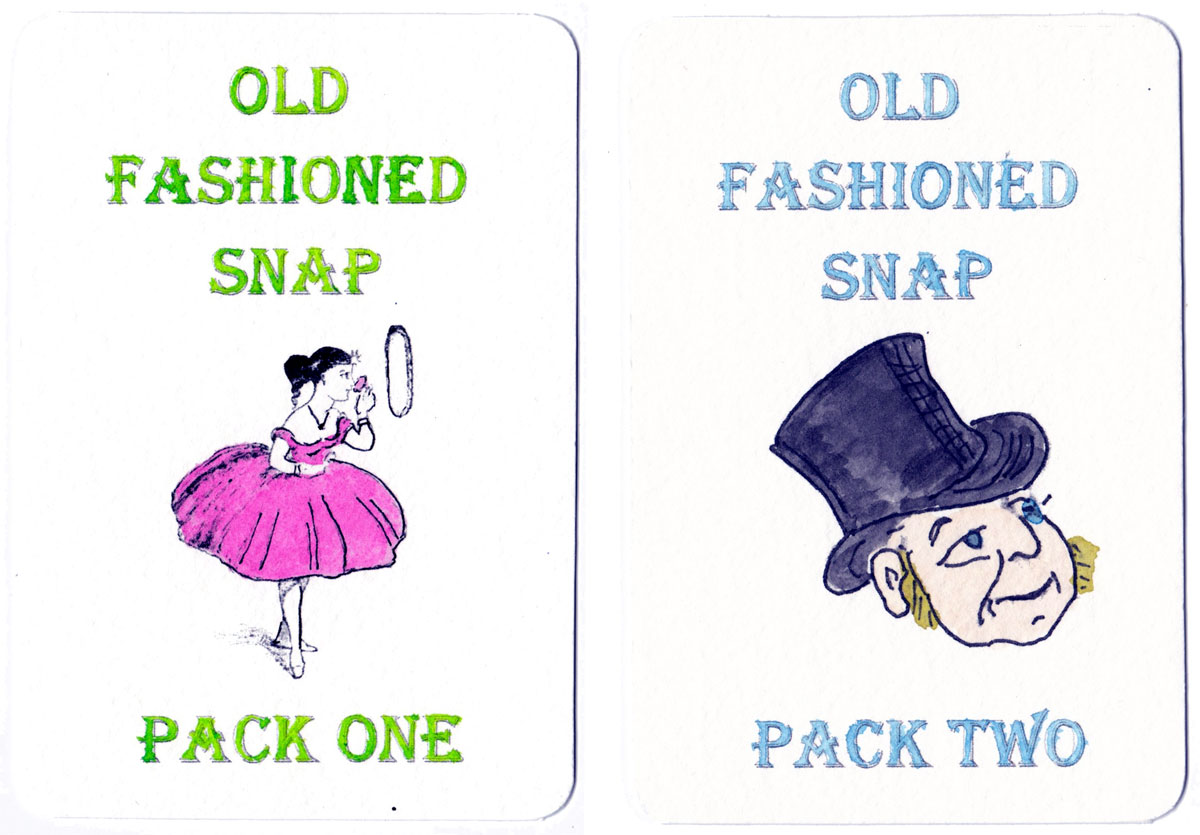 Rex's innumerable articles and contributions can be found all over this site. How I began Collecting Playing Cards by Robert S. Lancaster

The History of English Playing Cards dates probably from the mid 15th century, the first documentary evidence of their existence in this country occurring in an Act of Parliament which prohibited the import of foreign cards.