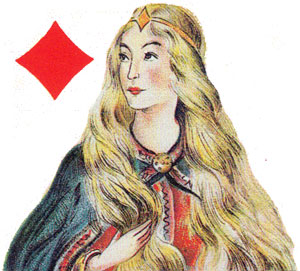 Icelandic playing cards with scenic aces designed by Guðmundur Pétursson Thorsteinsson (Muggur, 1891-1924) were first published in 1923 by Bjarni P. Magnusson, Reykjavik, as “Islensk l'Hombre spil No.1”. Guðmundur Thorsteinsson was an Icelandic artist and film actor who had studied at the Royal Painting Academy in Copenhagen. In his pack of cards the four Jacks are dressed as workmen, fishermen or farmers, and the Queens and Kings are dressed in traditional Icelandic costume while the Kings also hold royal insignia. All social strata are represented. The Aces show picturesque scenes from different parts of Iceland (click the aces to see up-side-down). 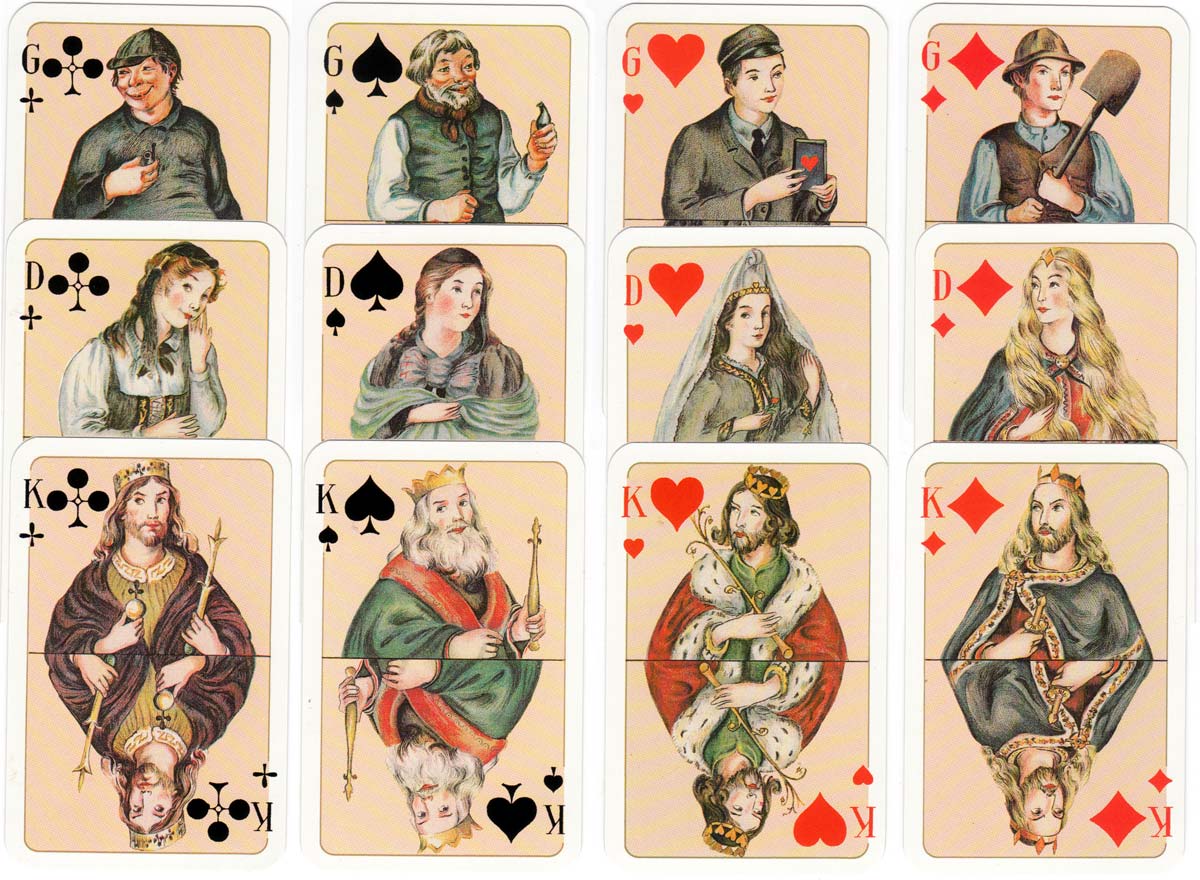 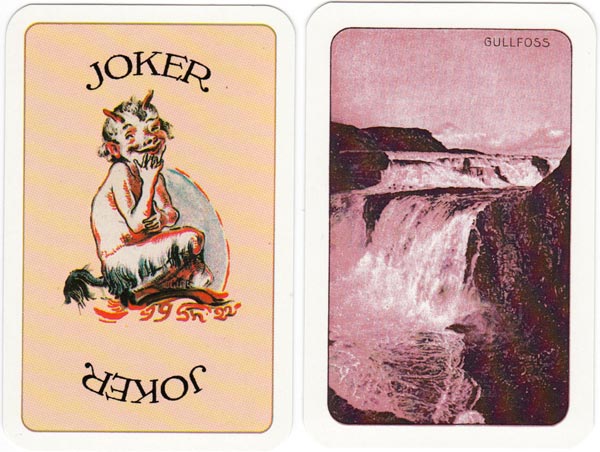 Above: “Icelandic” playing cards designed by Gudmundur Thorsteinsson and first published in 1923. Reprinted in 1977 by V.A.S.S. Leinfelden as “Icelandic”. The indices are in Icelandic language: K = Kungur (King), D = Drottning (Lady), G = Gosi (Jack). The Joker is a small devil and the back design shows Gullfoss waterfall (pink or green). Gudmundur Thorsteinsson's works are characterized by a dreamlike and playful quality - see example. The influence of impressionism can be seen. Images courtesy Rex Pitts.