This handsome French-suited deck is anonymous but believed to have been made by the Portuguese maker J. Maillard, Lisbon, c.1885. The four aces are particularly attractive, and three of them have different scenes at each end, either exotic birds or other unnamed views, while the ace of diamonds is suggestive of an official dedication.

The court figures are unnamed, double-ended and the same at each end. Similar ones were published by J. J. Nunes of Lisbon. The fully bearded kings and attire of the queens are reminiscent of German patterns which were in turn derived from the French Paris pattern. The influence of Frankfurt card-makers upon Portuguese card-making has been noted, and for example Costa & Valerio produced copies of Dondorf designs. The cards are printed from engraved plates and hand coloured using stencils. 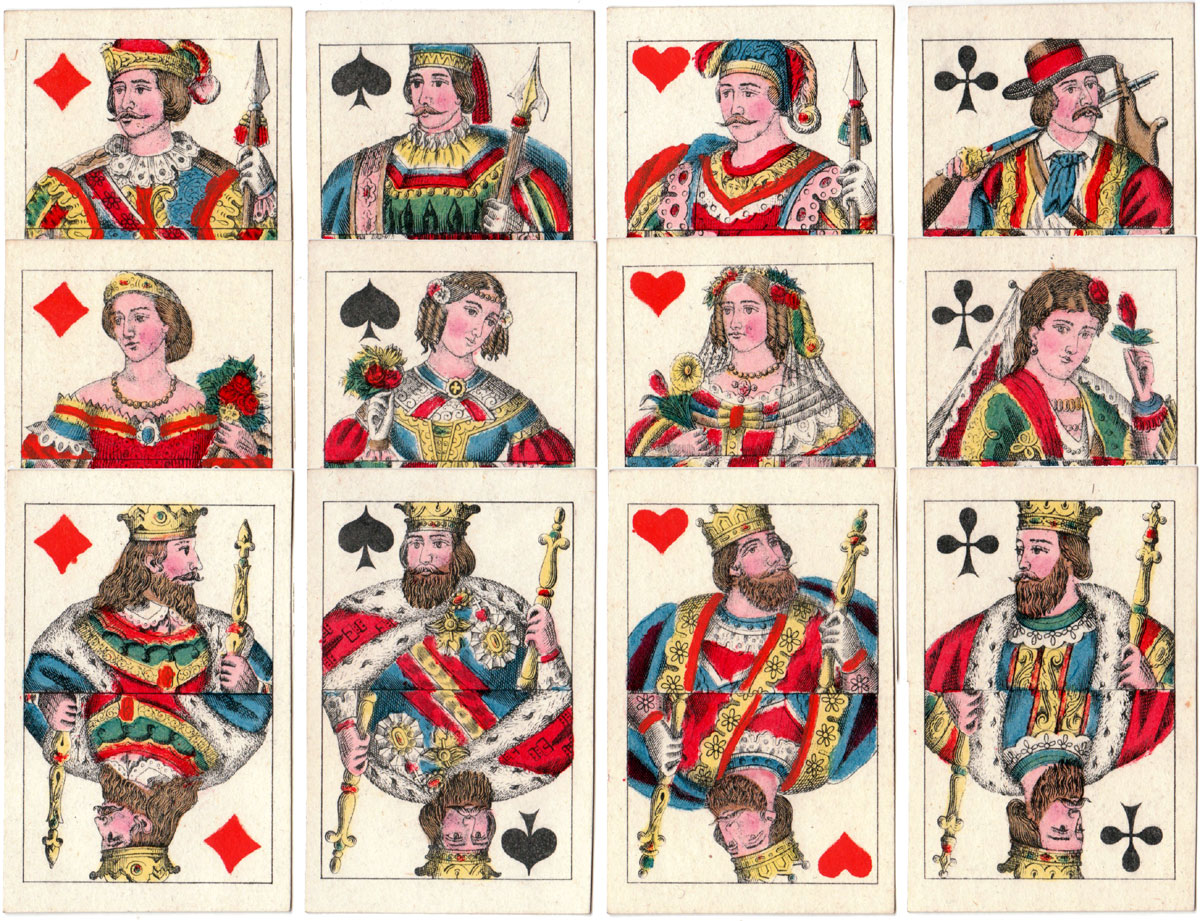 Above: court cards from German-style deck manufactured by Maillard of Portugal, c.1885. The kings all wear beards and carry sceptres whilst the queens hold flowers. 32 or 52 cards, square corners and no indices. Images courtesy Rex Pitts/Ken Lodge.

Above: three numeral cards and the back design.