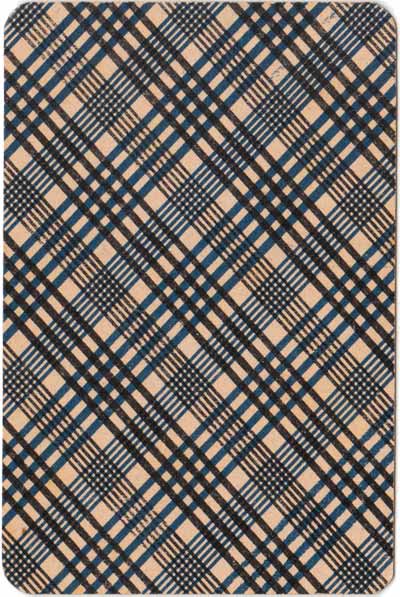 Genoese pattern (Cartes Françaises) with Pictorial Aces for Brazil by Fabriques Brepols, Turnhout. These are pretty old but exact date unknown. The pictorial Aces are Brazilian locations near to Rio I believe. The back has a criss-cross pattern. During the late 19th century there was a trend for playing cards with exotic scenes on the Aces which continued well into the 20th century. Whilst business was difficult after the First World War, advertising packs were gradually increasing and Belgian manufacturers successfully exported wares such as “Cartes Portugaises ou Brésiliennes” to foreign markets, ultimately bringing the demise of the earlier Portuguese pattern which has now become extinct. 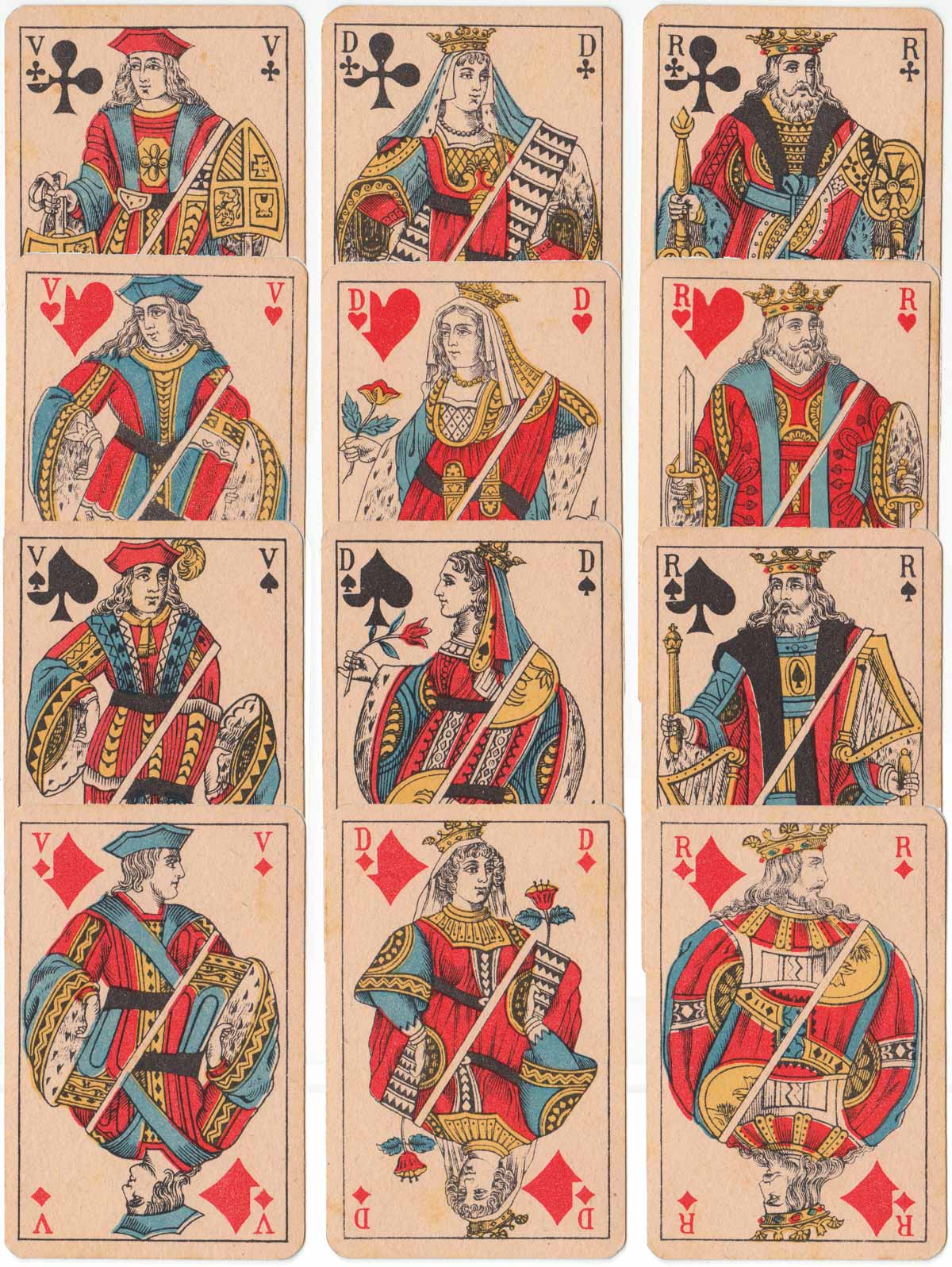 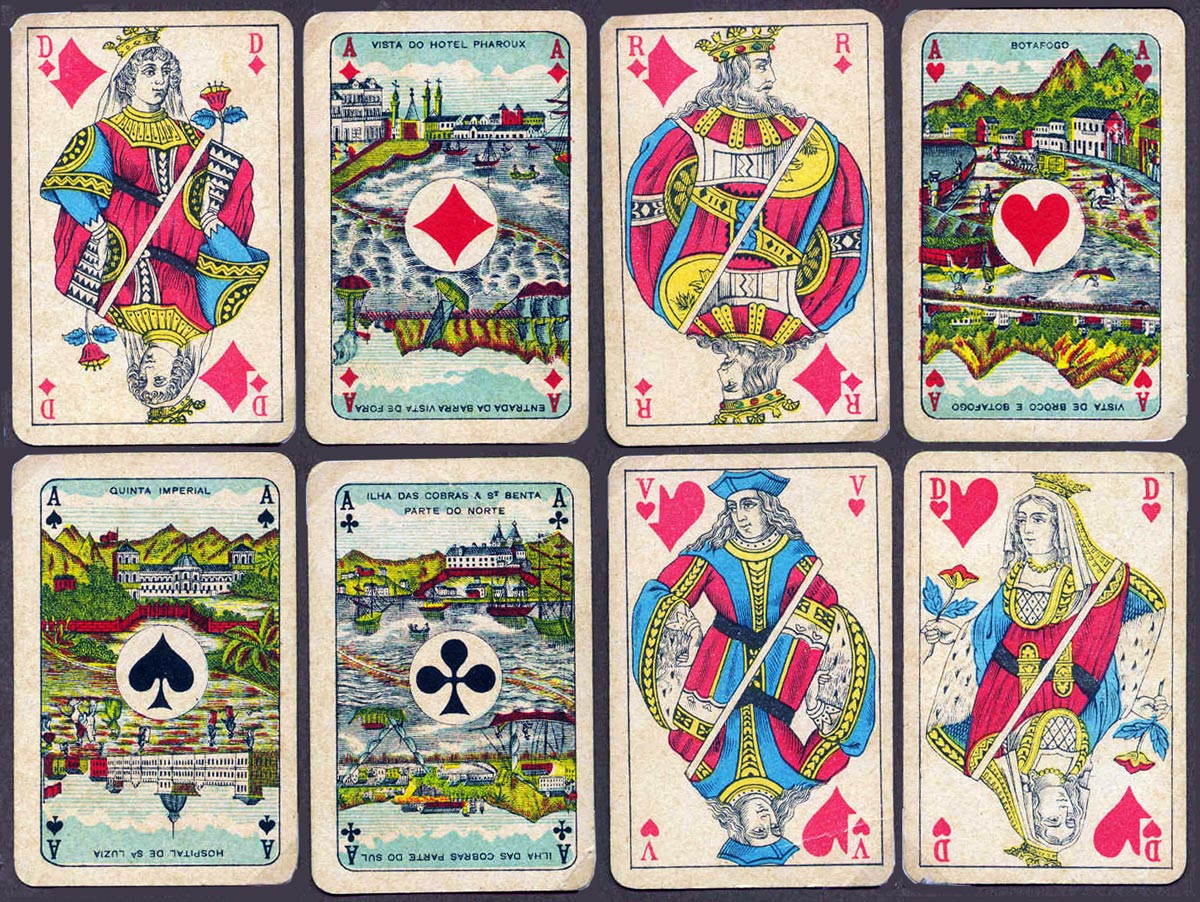 Above: Genoese pattern with Pictorial Aces for Brazil by Brepols, Turnhout, c.1930.