This beautiful and inspiring late 19th century tarot set was produced by an anonymous artist and published in Serravalle-Sesia, Italy in 1880. The publisher is believed to be Fratelli Avondo. The designs are inspired by an earlier pack created in 1835 by the Lombard engraver Carlo Dellarocca. The cards have fine detail with plenty of old world charm, and the colouring, costumes and backgrounds are all richly detailed, which makes them very attractive for card readers. The numbers on the Trump cards are shown in all four corners, with the lower right numbers upside-down to aid in interpreting reversals. 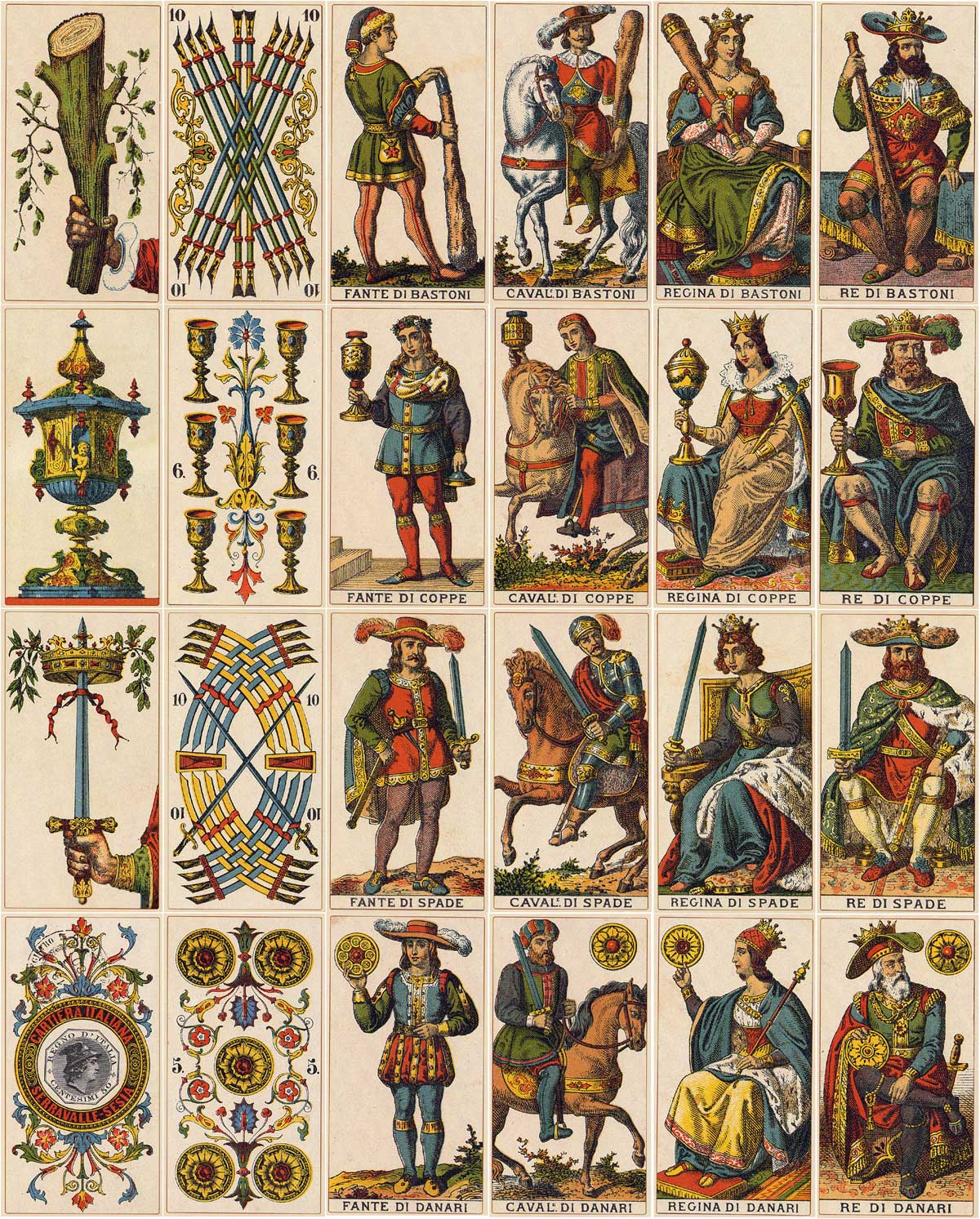