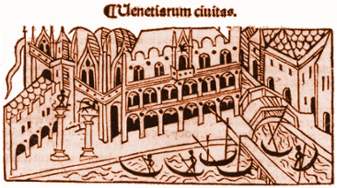 North Italy has been a card-making centre since at least the 16th century but packs from that time are scarce. At some point 'standard' patterns became established in certain areas which manufacturers adhered to. It appears that the double-ended version of the ‘Trevisane’ or ‘Trevigiane’ pattern originated in the early 19th century. The designs show archaic features which would have derived from earlier prototypes, including curved, interlaced swords and long batons. Most of the full-length features have been preserved, including the head held by the executioner Jack of Swords. The King of Batons holds a coat-of-arms of Treviso, with the inscription ‘Tarvisium’ in latin, since this pattern originally came from Treviso. There are interesting Italian mottoes on the aces. The ace of coins has a circle to receive the tax stamp. 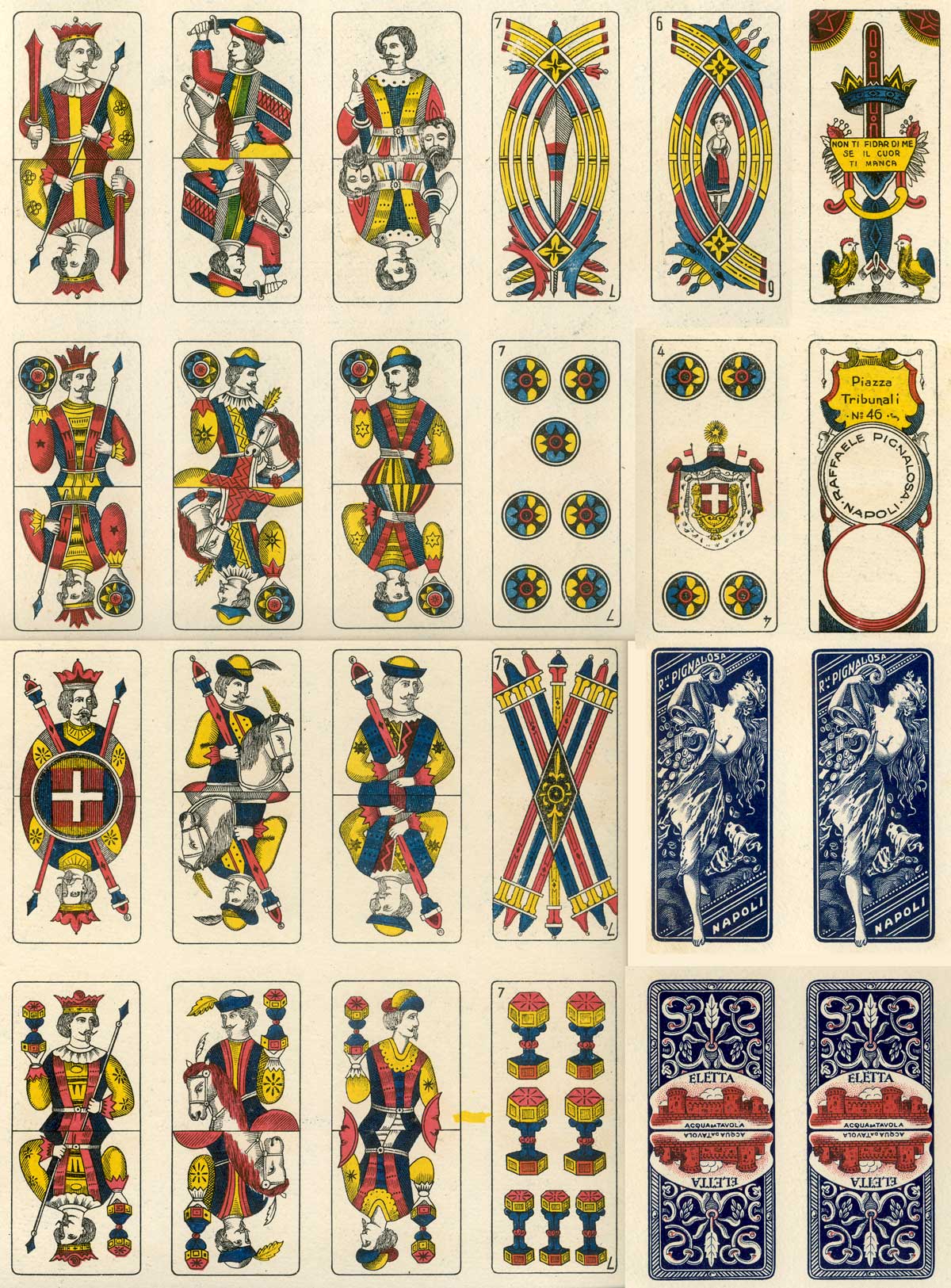 Above: cards from uncut sheets of ‘Trevigiane’ playing cards printed by Raffaele Pignalosa, Naples, c.1925-28. This edition is missing the coat-of-arms of Treviso on the King of Batons. Two different back designs are shown (right) and packs come in 40-card or 52-card versions. 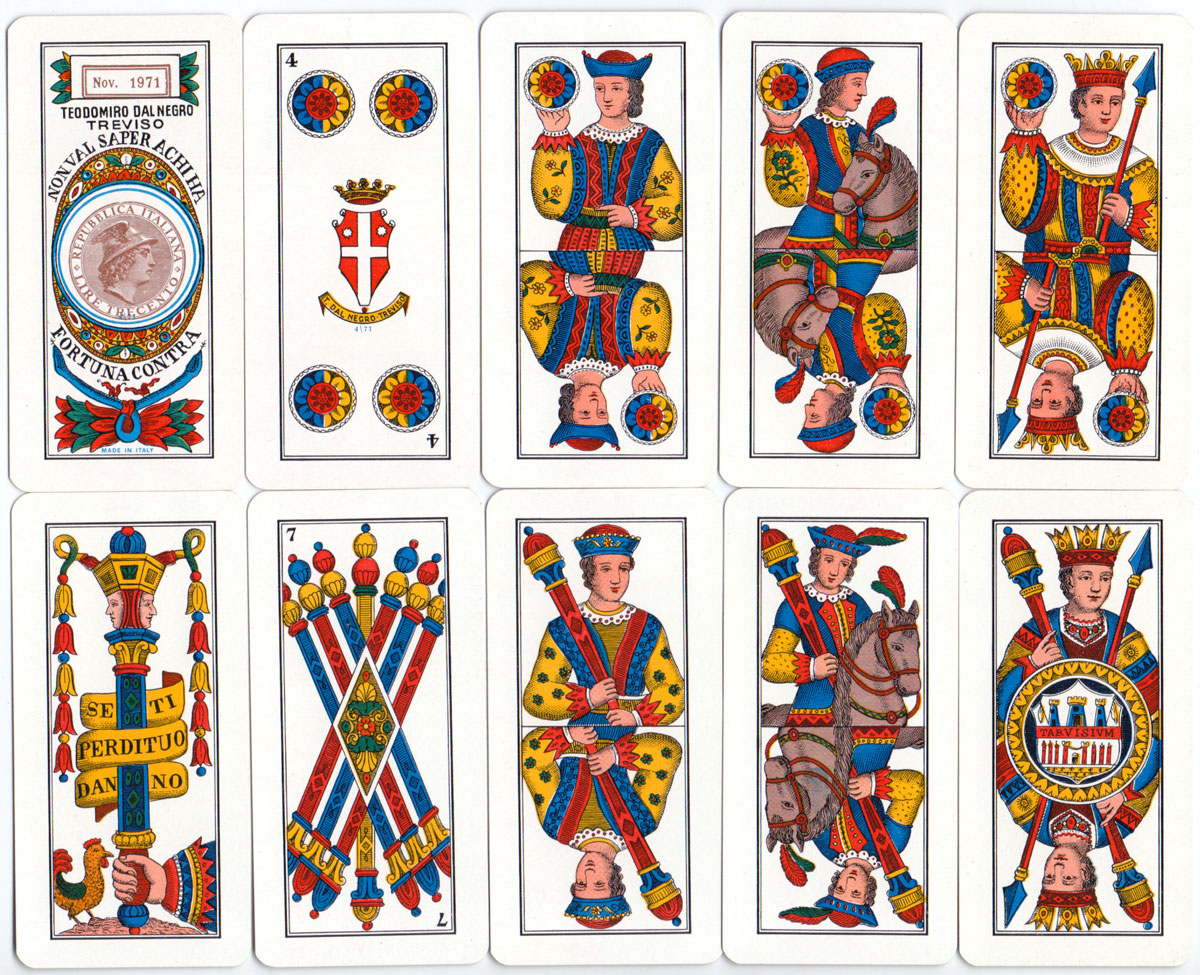 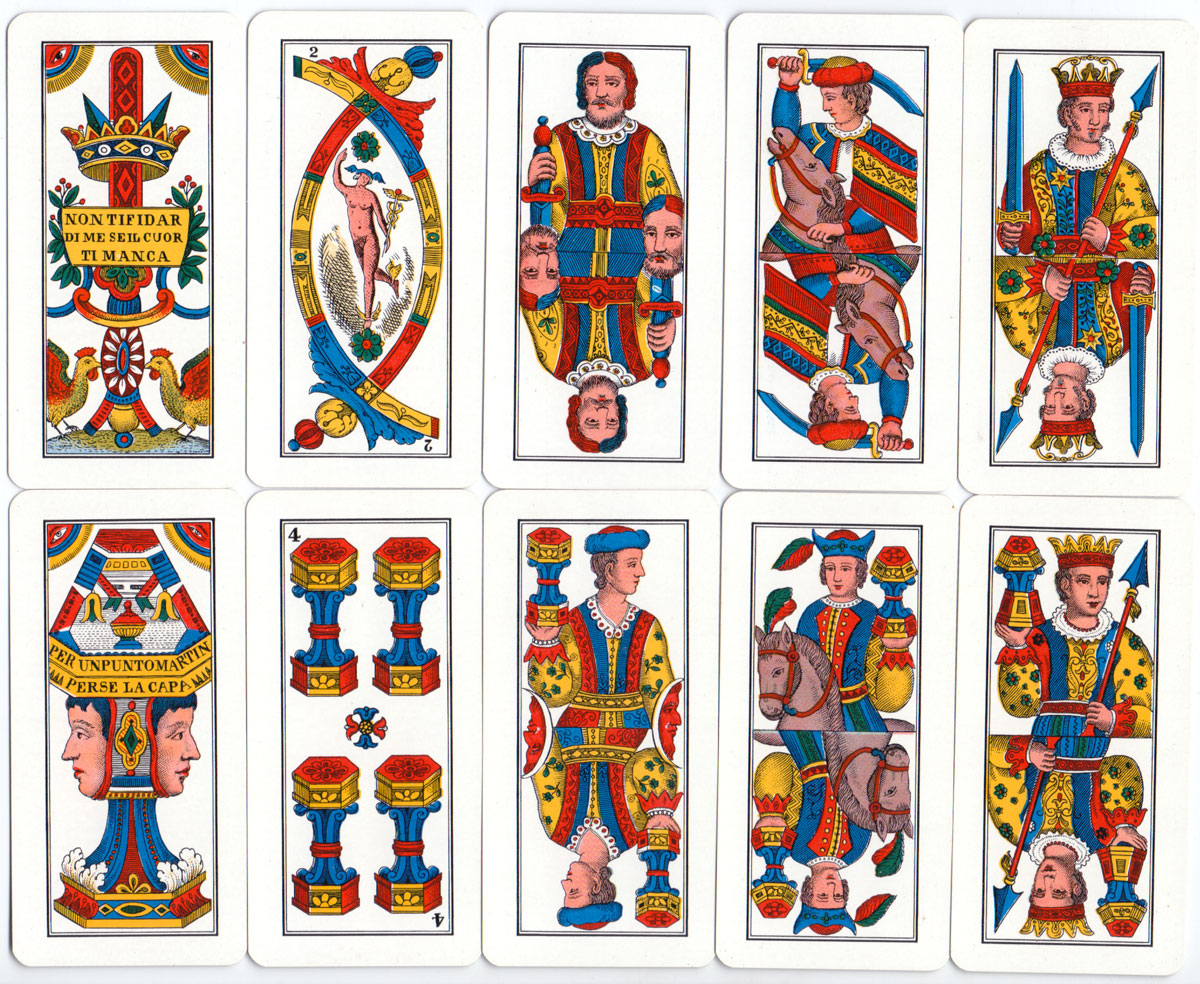 Above: ‘Trevisane’ pattern by Dal Negro, Treviso, 1971. The King of Batons holds a coat-of-arms of Treviso, with the inscription ‘Tarvisium’ in latin, since this pattern originally came from Treviso. 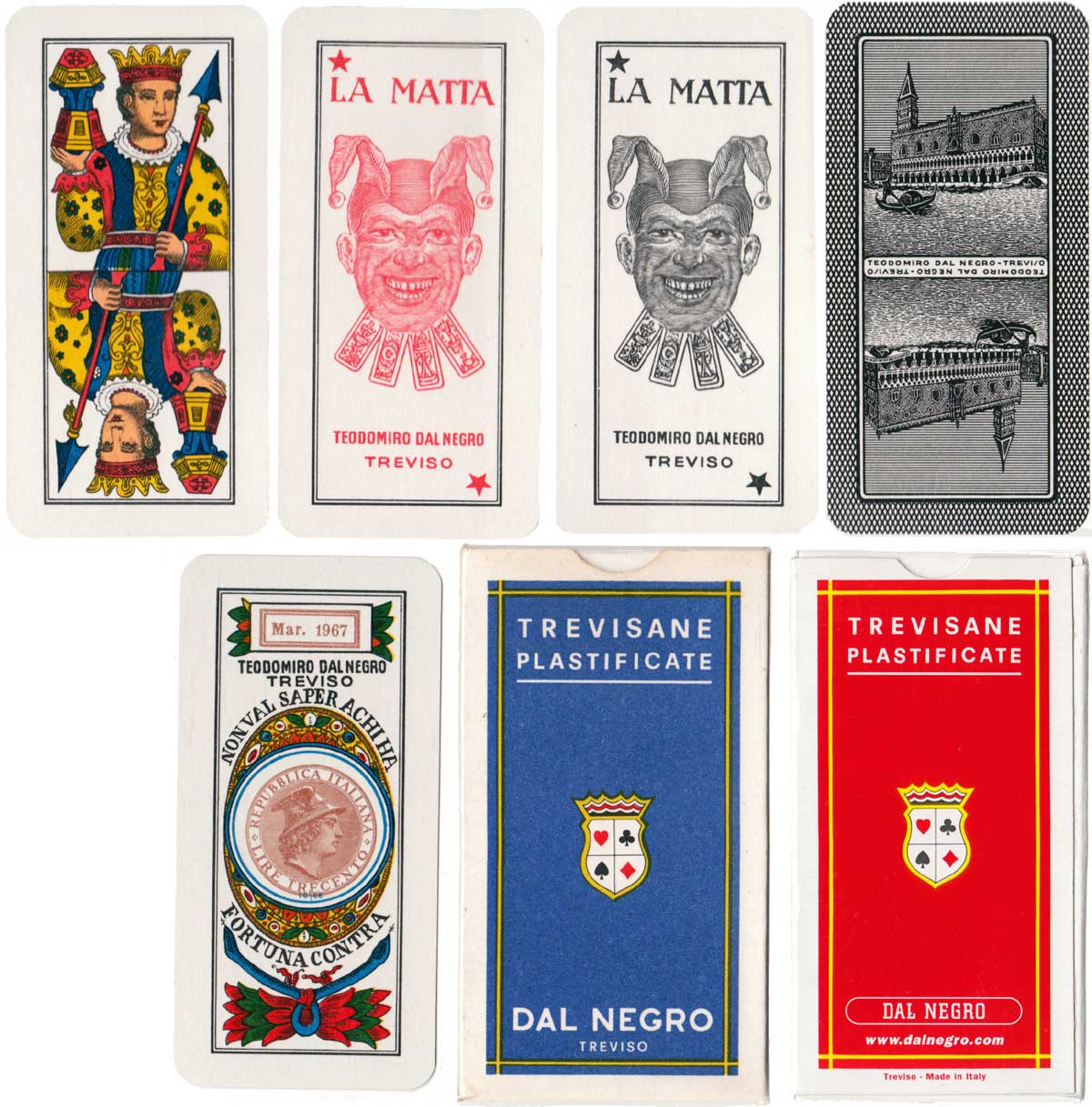 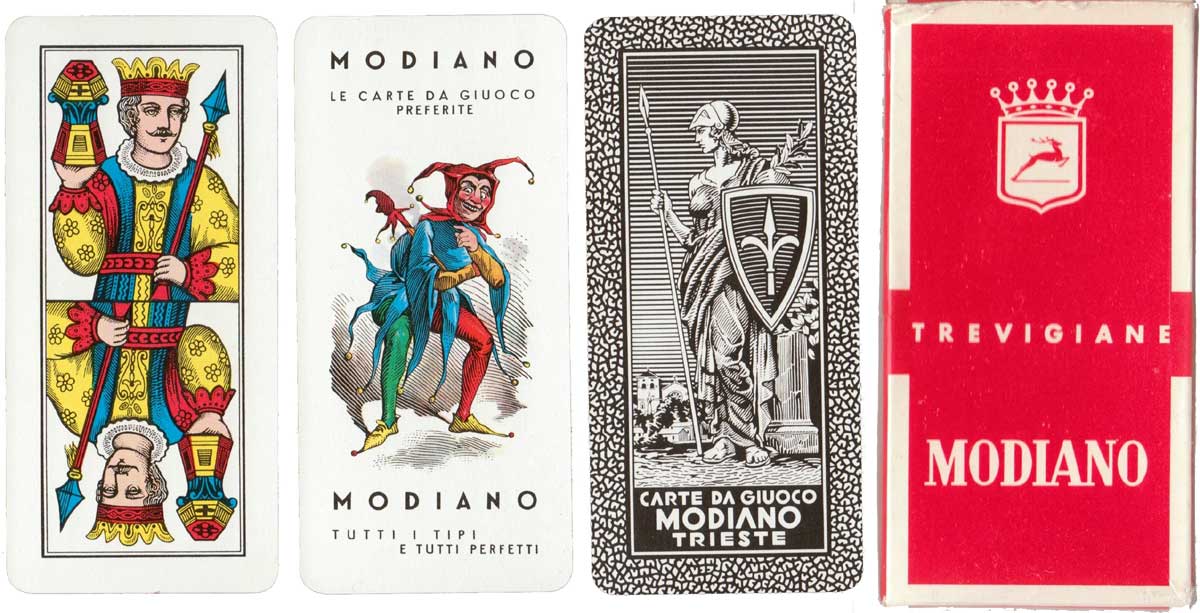 Above: ‘Trevigiane’ pattern by Modiano, 1970s, including the joker. Image courtesy Rex Pitts.