Medieval style playing cards commemorating the 600th anniversary of the Battle of Grunwald (1410), designed and published by Studio Wena, 2011. The Battle of Grunwald was fought on 15 July 1410, during the Polish–Lithuanian–Teutonic War, and was one of the largest battles in Medieval Europe  wikipedia→

An extra Joker card lists the personalities depicted on the cards. 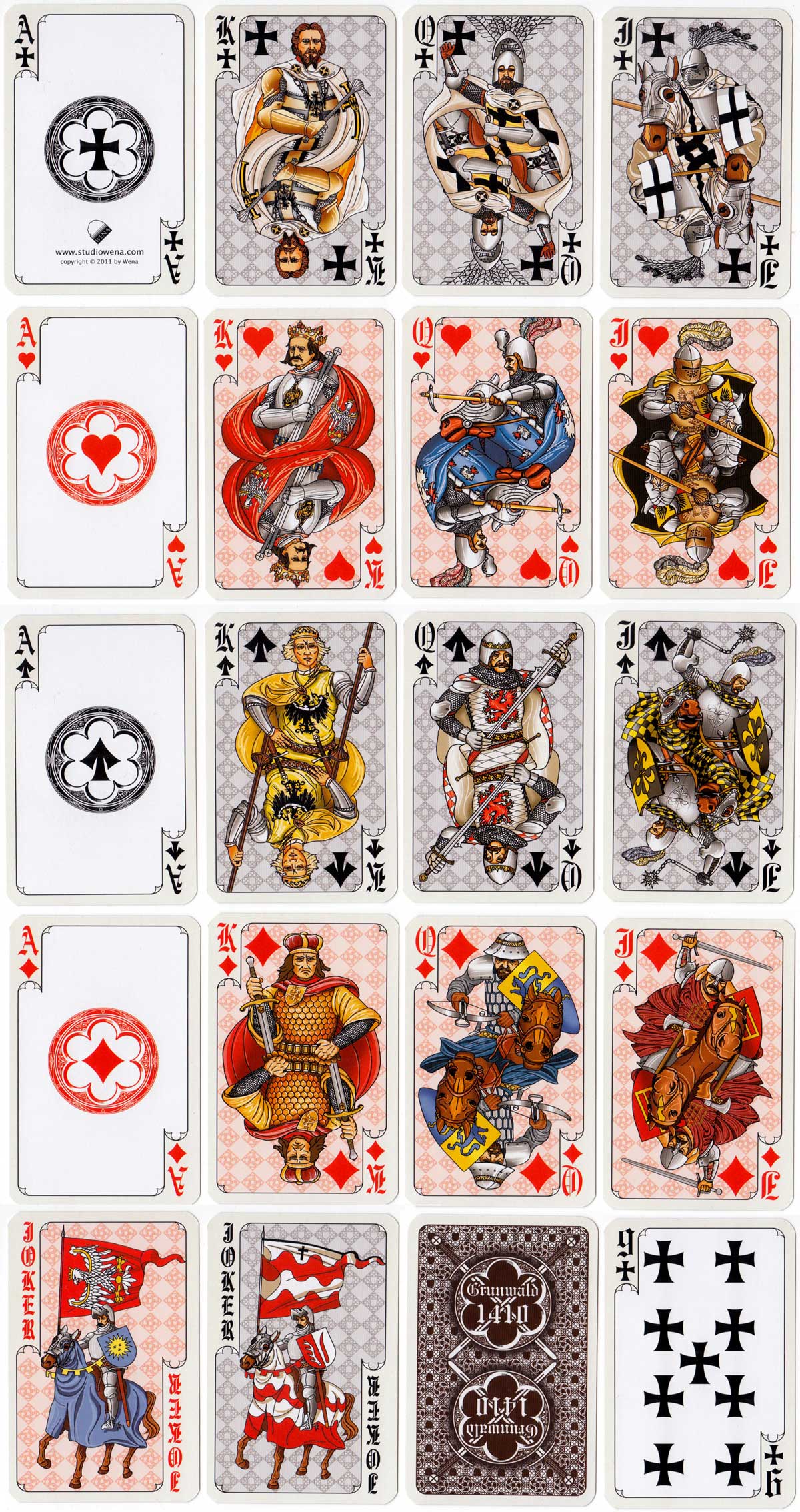