El Cid playing cards, commemorating the 9th centenary of the death of popular Spanish hero ‘El Cid Campeador’, were manufactured by Heraclio Fournier in 1999 for the Caja de Burgos. Playing cards have enjoyed great popularity in Spain for centuries, and the superb medieval artwork in this pack, by Vicente S. Algora, portrays historical persons on the court cards, with El Cid himself (Rodrigo Díaz de Vivar) dignified as the King of Coins. Alfonso VI is portrayed as the King of Cups, who rose to the throne after the death of his brother, Sancho II, who appears on the King of Swords. Pedro I of Aragon, a friend and ally of El Cid, appears on the King of Clubs. The four Cavaliers are nobles from the epic poem, and the ‘Sotas’ (Jacks or Infantry) are Christian and Muslim soldiers, with a minstrel on the Sota of Cups. The coin suit symbols also feature silhouette portraits of El Cid and his faithful wife Doña Jimena. 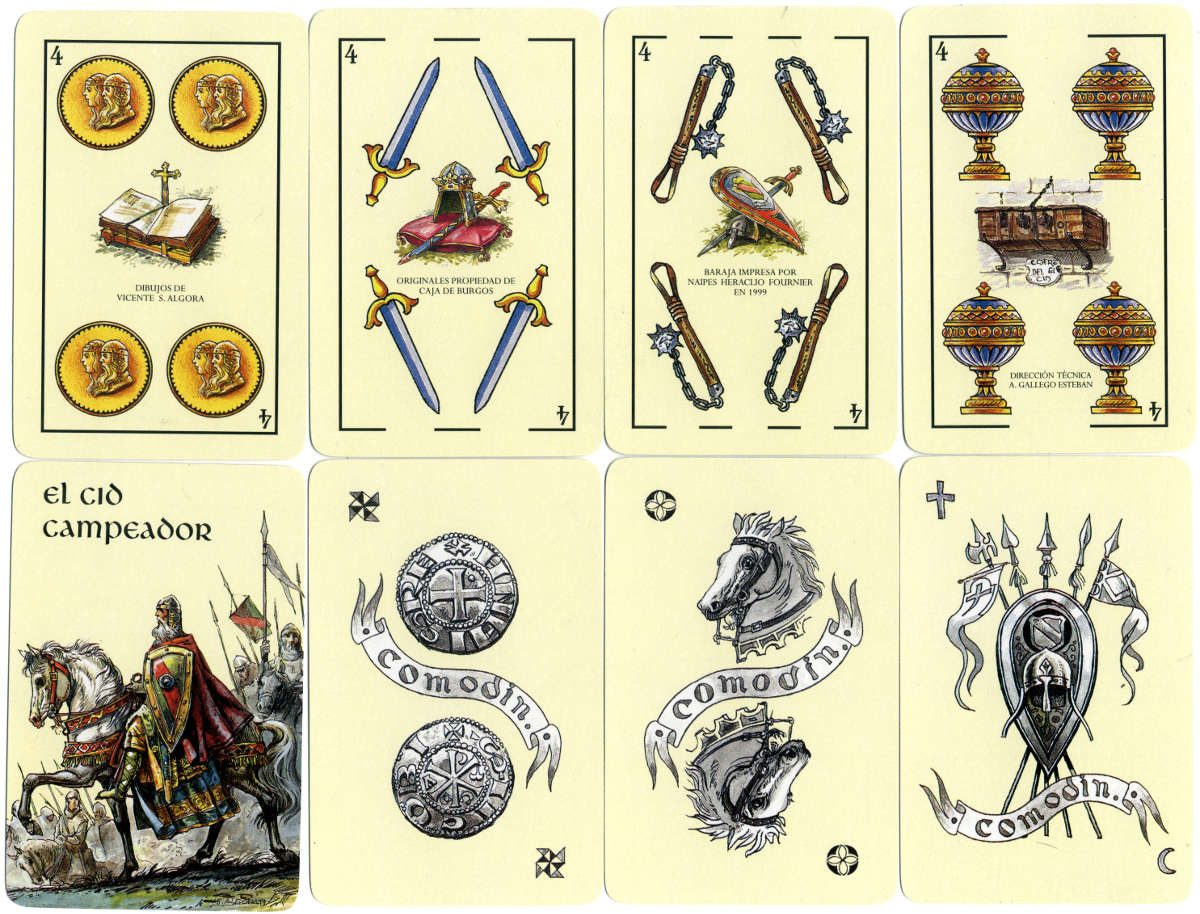 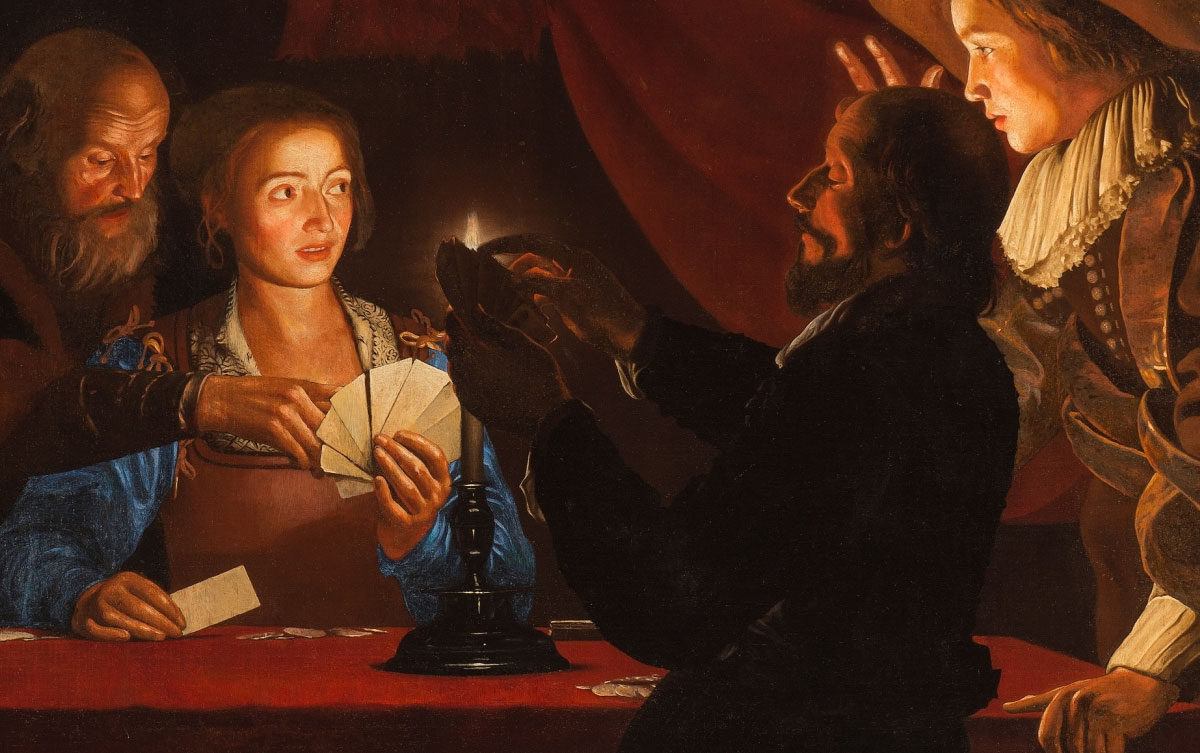