Roberts Brothers ‘Old Maid’ from around the 1920s at first glance looks as though it should be a Happy Families game. It consists of 8 sets of 6 cards with the family members engaged in various sports, plus of course the ‘Old Maid’ herself having a cup of tea, surrounded by cats. Some editions only contained six sets instead of eight. It is thought that the game may have been one of the few games that Woolley produced in the late 1800s. Some of these games were taken over by Roberts Brothers (Glevum Brand) in around 1905. The Roberts factory was requisitioned during the 2nd World War and never really recovered. The post war production was of poorer quality with cheaper board and square corners. Eventually they were taken over by Chad Valley in 1954. Although Chad Valley did continue to produce some of the Roberts games they did not use this one. 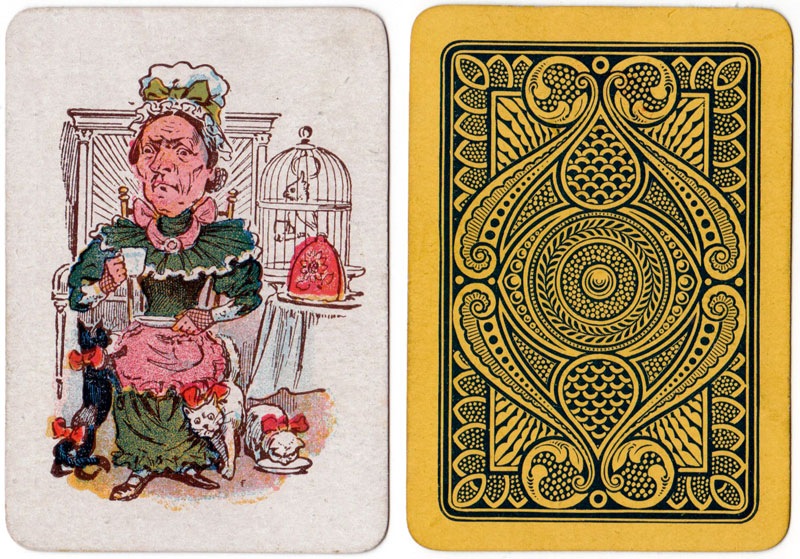 Above: Roberts Brothers ‘Old Maid’ from around the 1920s. Images and notes courtesy Rex Pitts. 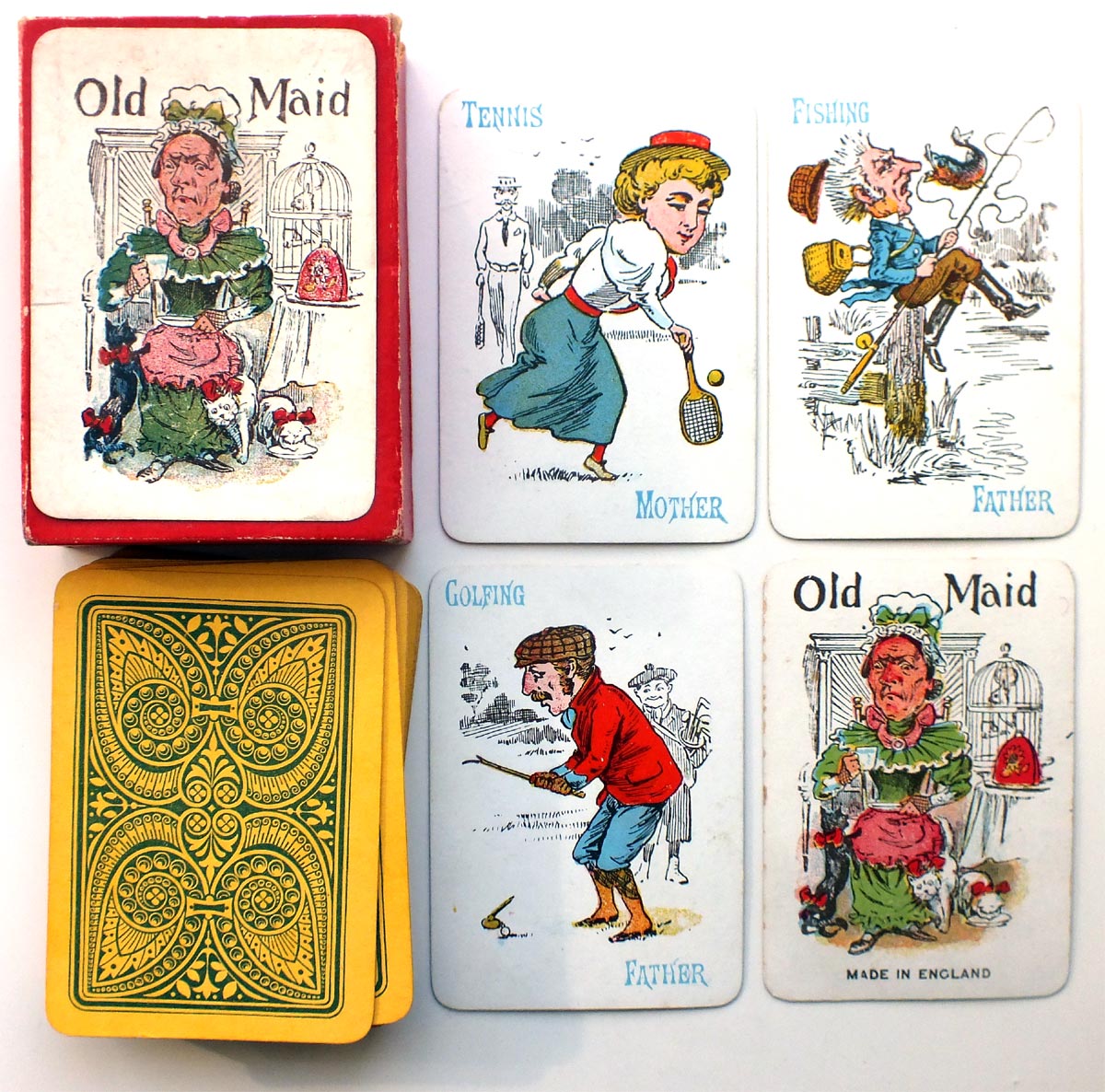 Above: Roberts Brothers ‘Old Maid’ from around the 1920s, alternate back design and lettering on the ‘Old Maid’ card. Contains only six sets: Cricketing, Cycling, Fishing, Footballing, Golfing and Tennis.