Sony IBC’86 complimentary pack, for the International Broadcasting Convention Exhibition held between September 19th and 23rd in London. The pack is designed to reinforce and build upon its industry-leading position as technology innovator and solutions provider, showcasing its latest electronic and digital developments as they stood in 1986. The box is the same as the Digital Video tape cartridges of the time. 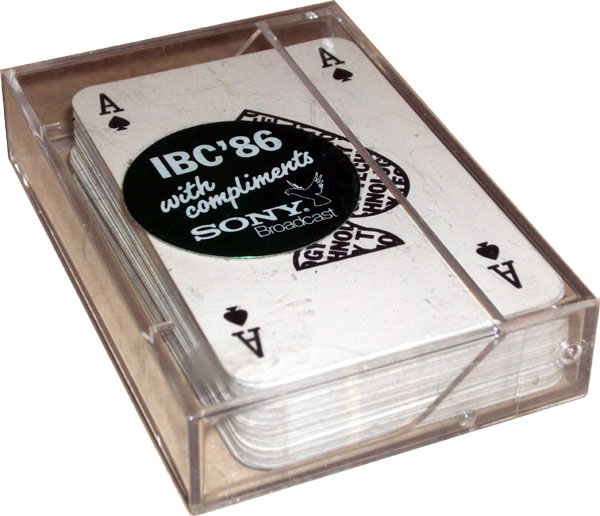