As we know, after the De la Rue factories were bombed during the war in 1940 their cards were printed by Waddingtons. In 1962 Waddingtons and De la Rue combined forces to form the Amalgamated Playing Card Co, but in 1971 De la Rue pulled out of playing cards leaving Waddingtons the sole manufacturer. Here is a double pack produced for an unidentifiable shipping line in which ALL THREE companies come together. One pack has a De la Rue ace of spades, harlequin jokers and complaints slip. The other was sealed with a Waddington’s seal, carries an Amalgamated ace of spades and Waddington’s standard jokers with a De la Rue complaints slip. See the sealed Ace of Spades► 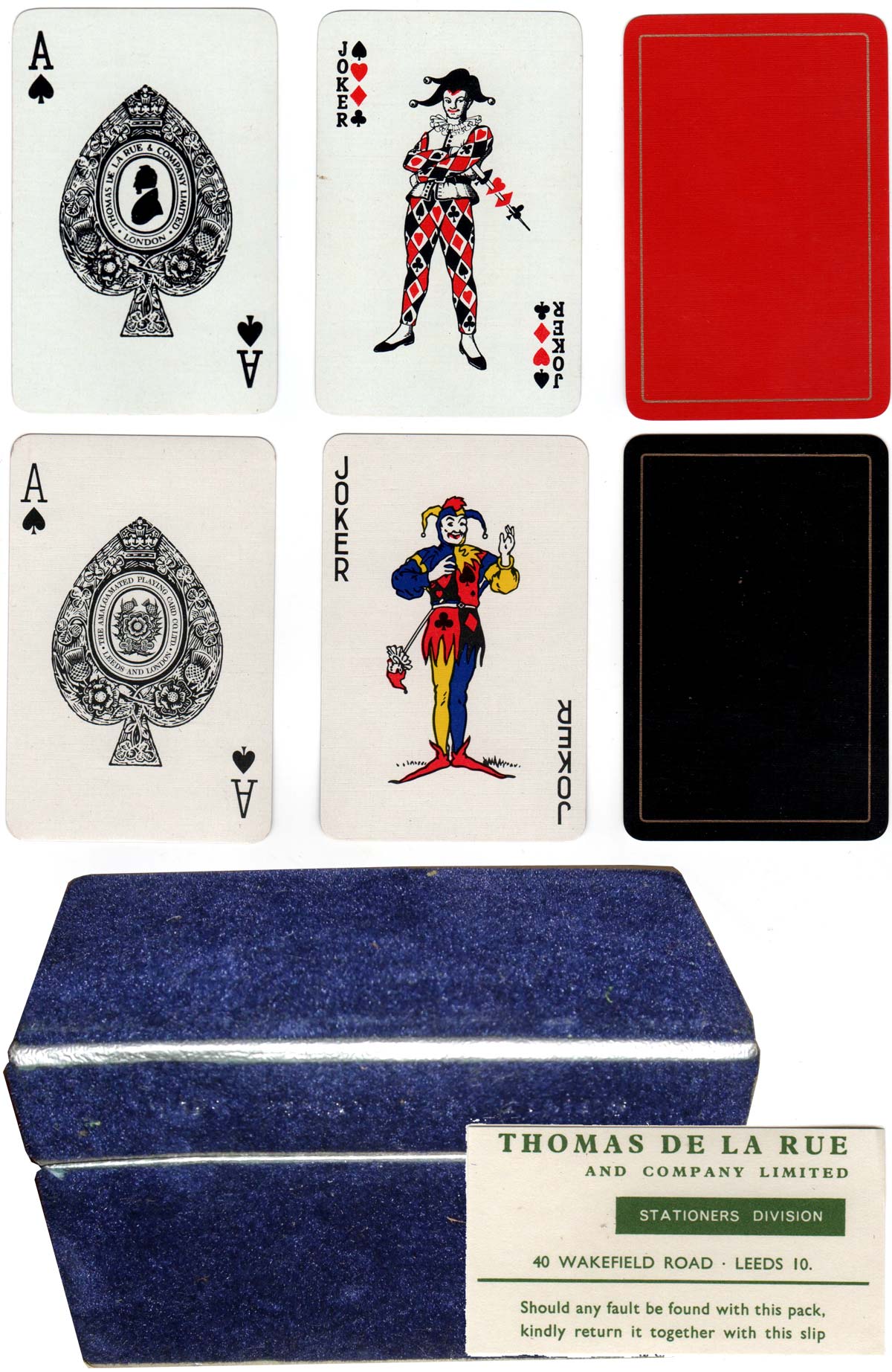