Rufford playing cards is one of several brand names used by Boots for their stationery department, and probably the most popular. Rufford playing cards came in several different styles of box, ace of spades and jokers over the years, all specially manufactured by Thomas De la Rue & Co. Some editions were linen grained, some had gold edges. As a rule the back designs were decorative patterns and did not advertise Boots. Rufford refers to the estate in the village of Rainworth, near Mansfield in Nottinghamshire, the site of a coal mine named Rufford after the estate. The Boots products were named after areas of Derbyshire and Nottinghamshire, so another card brand was Chatsworth and yet another was Pelham, also in Notts. Boots was based in Nottingham. 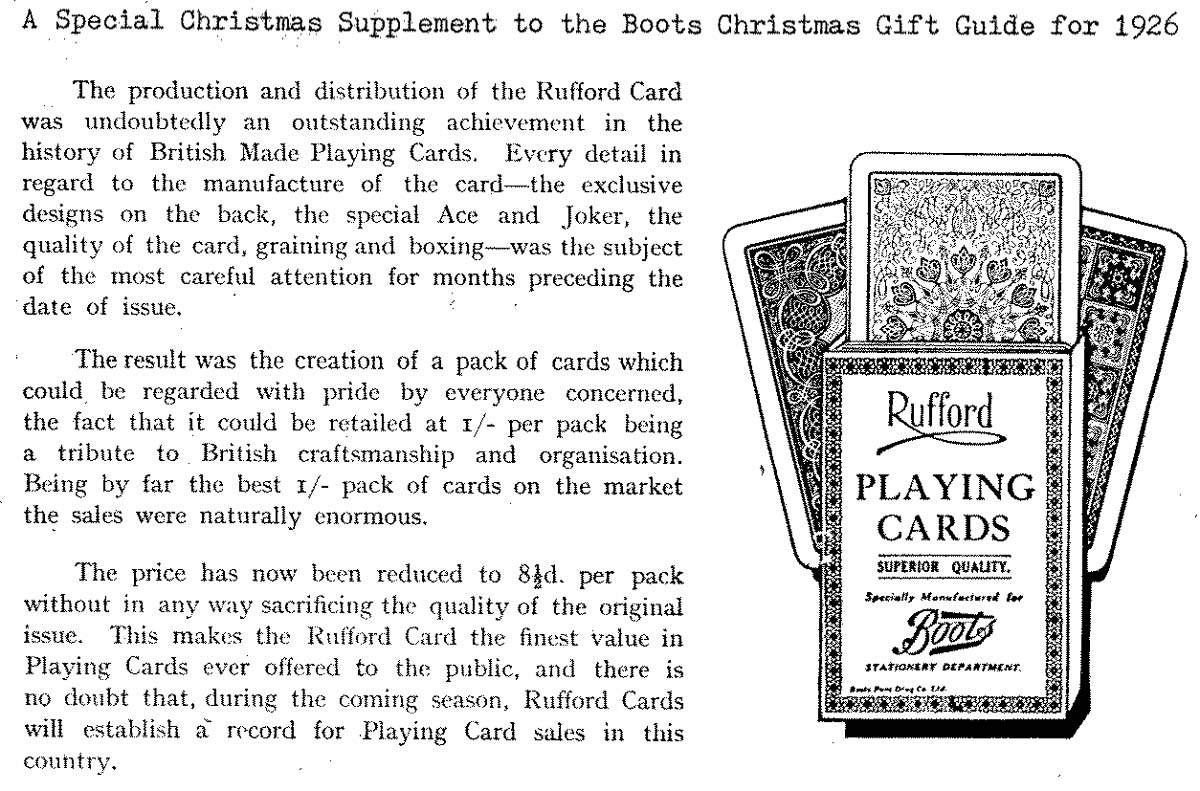 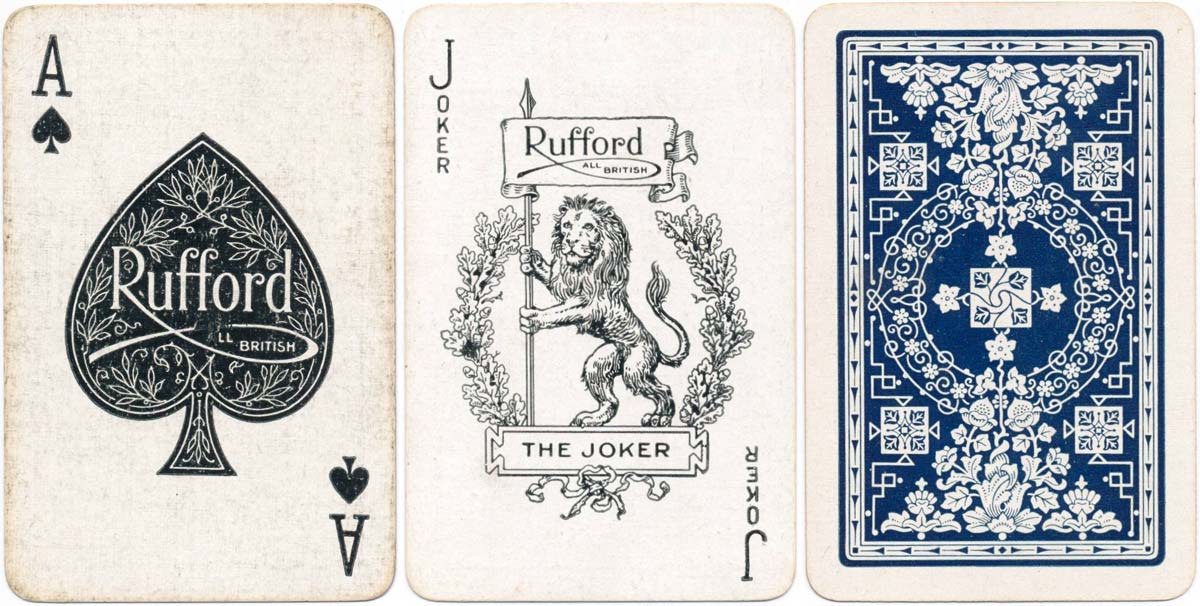 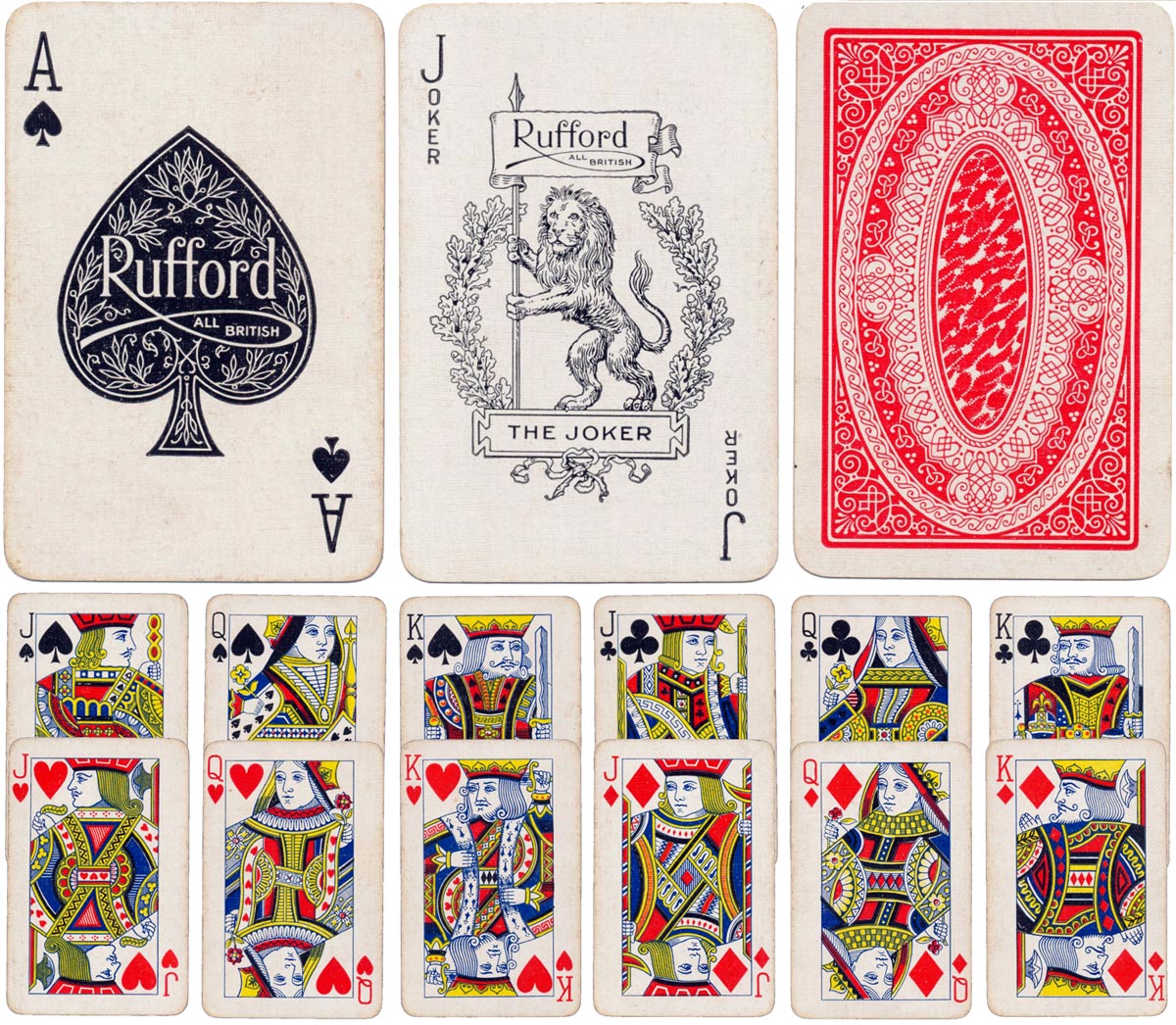 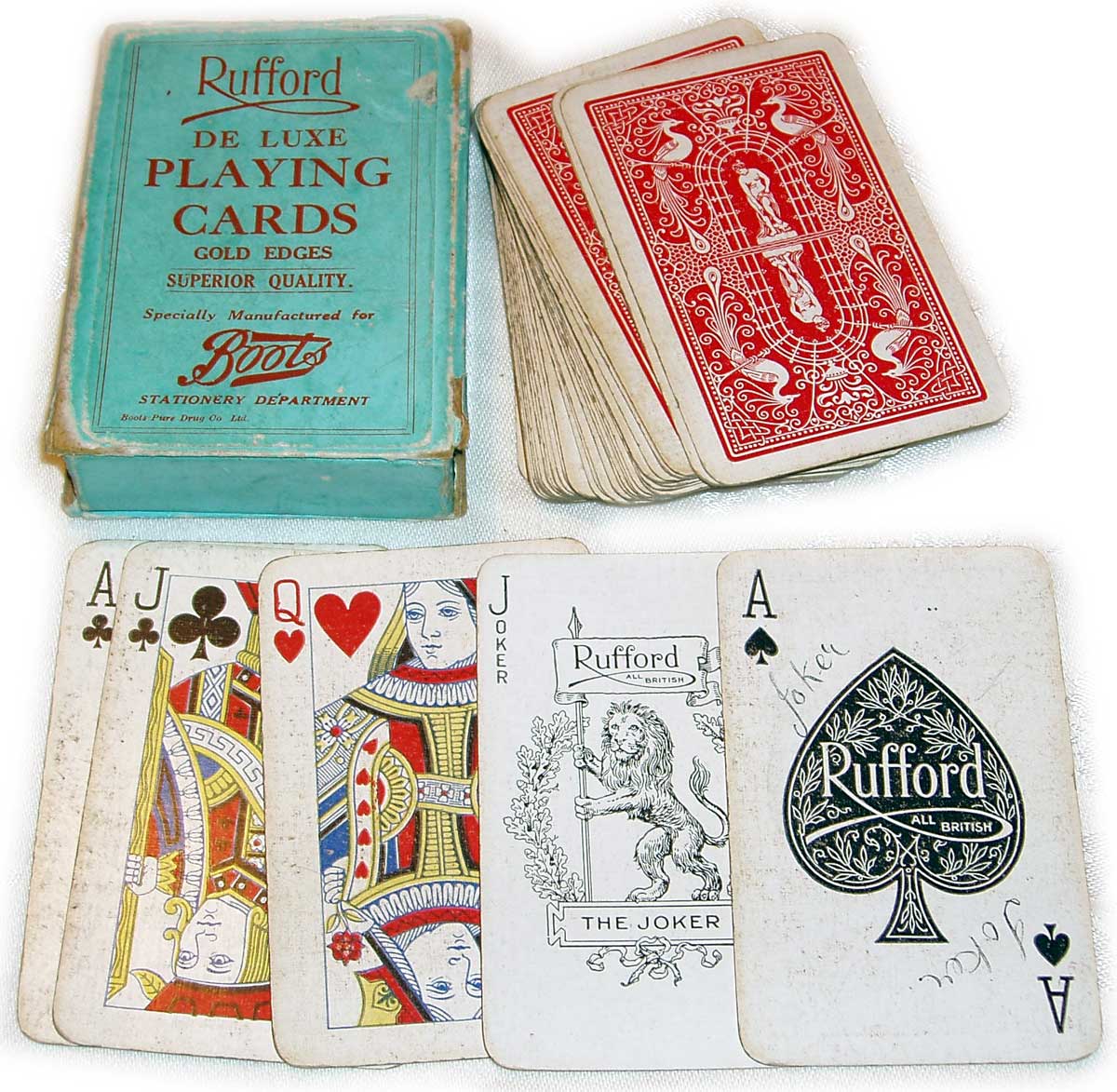 Above: examples of the earliest version of the ace of spades and joker. Most of the back designs were available in red or blue. 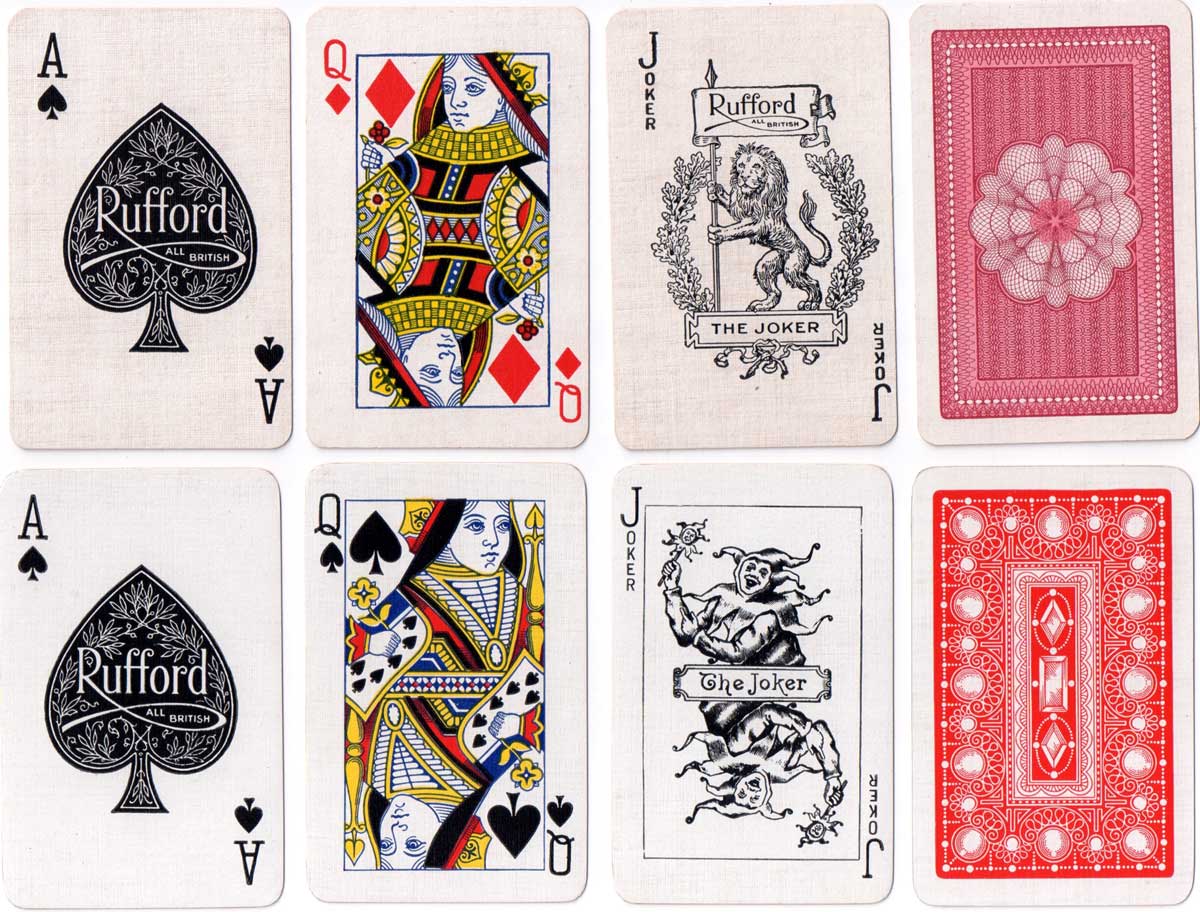 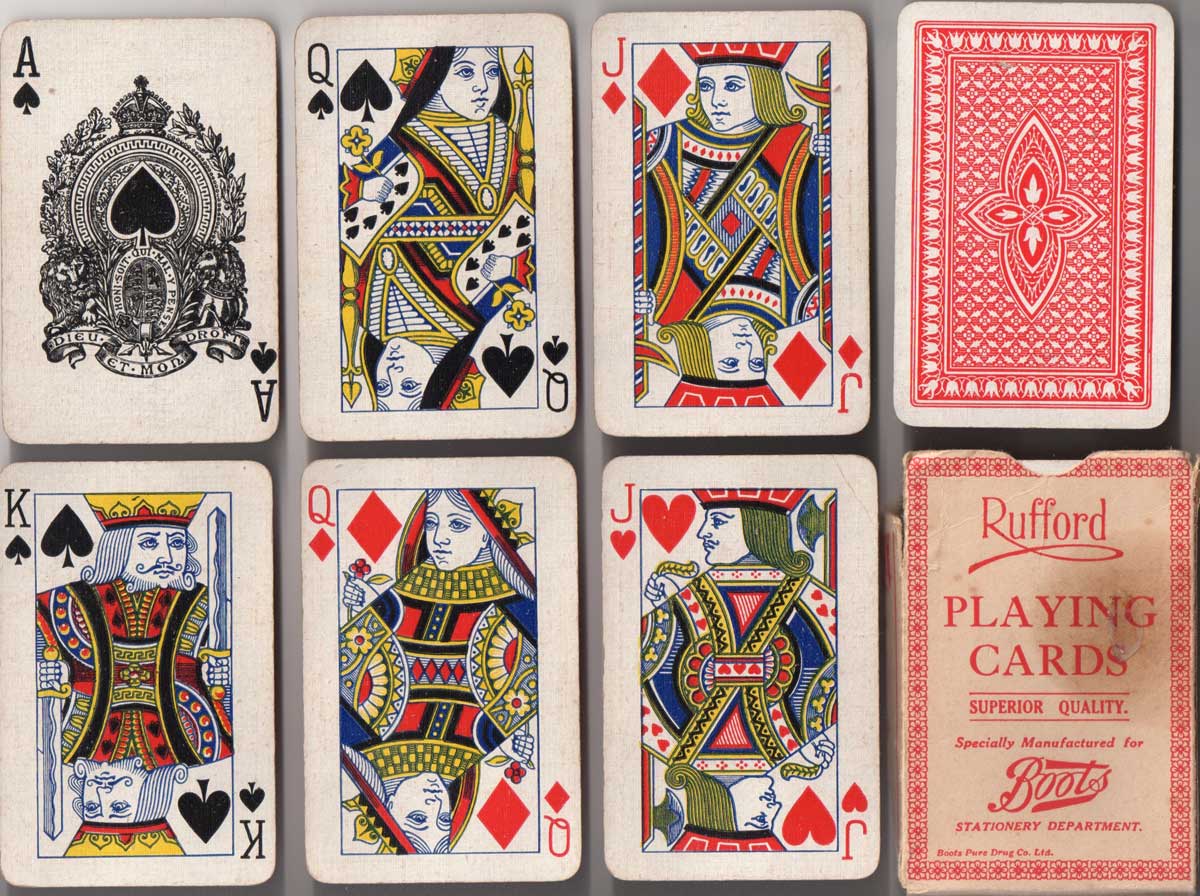 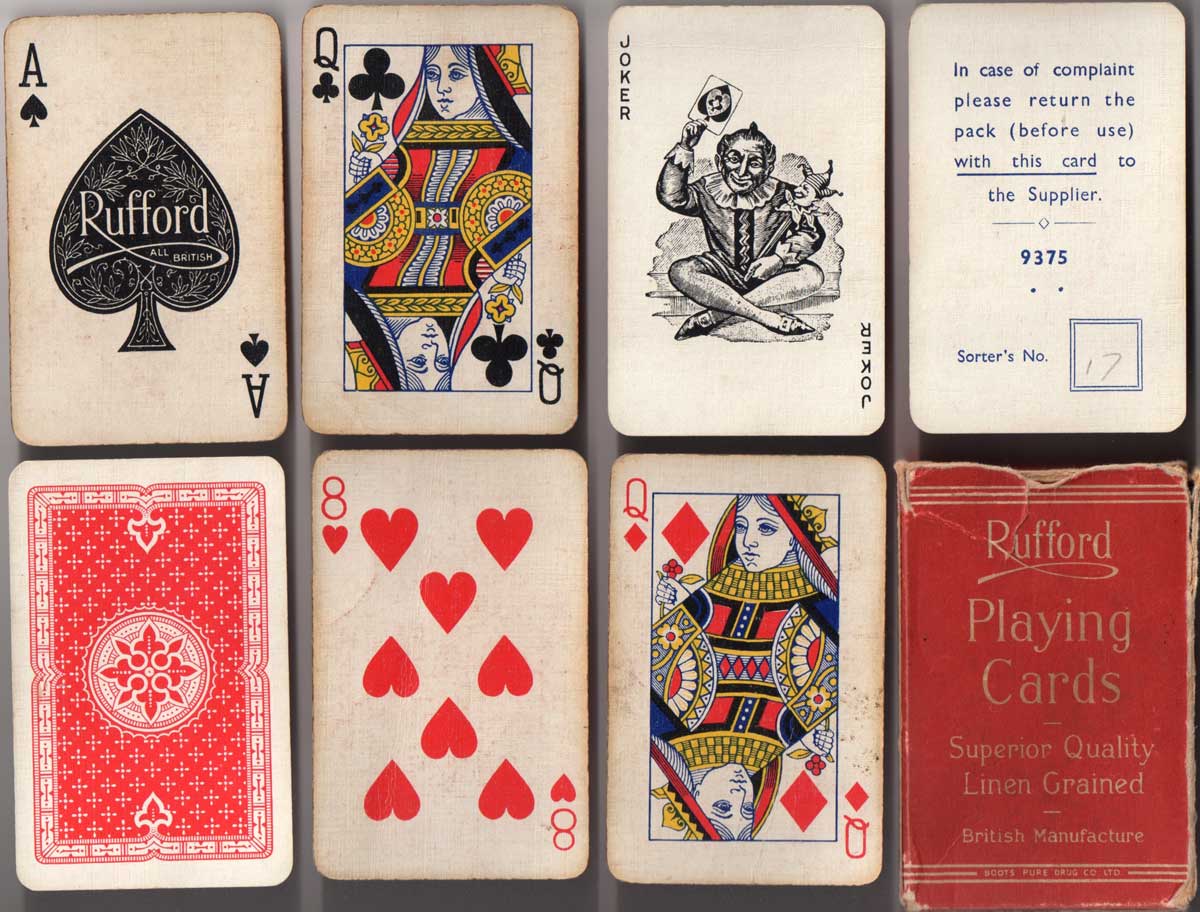 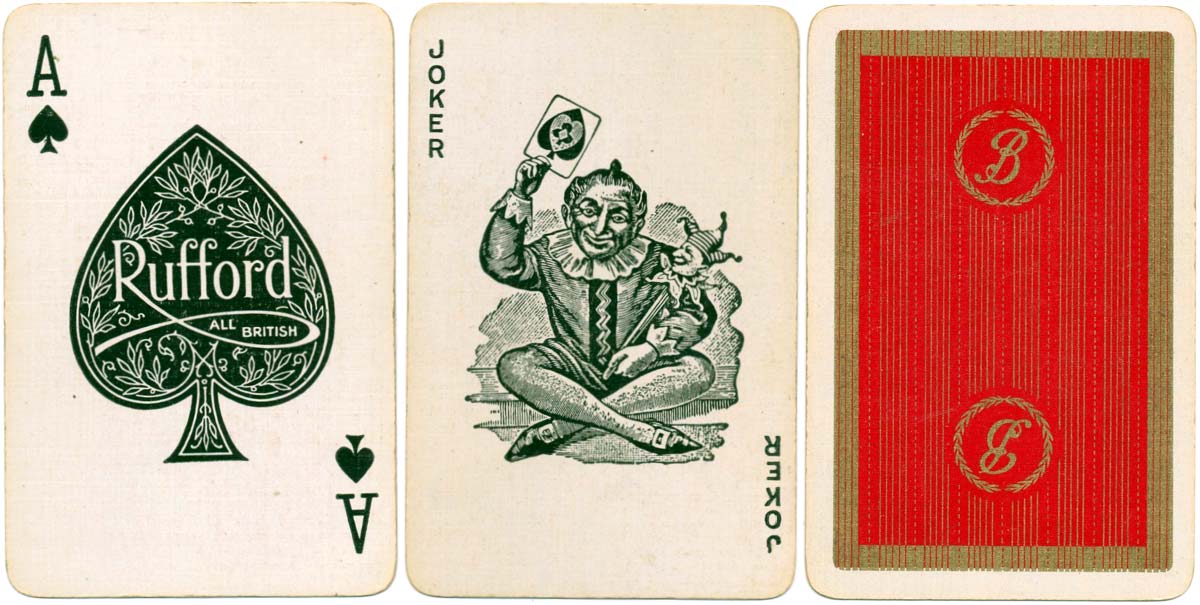 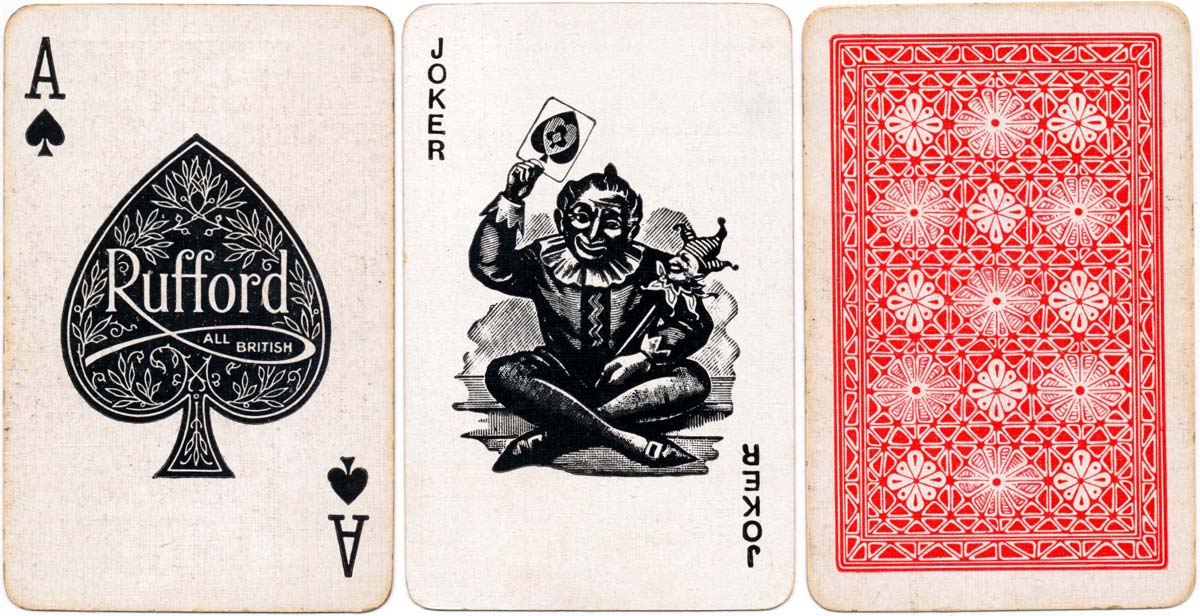 Above: first version of the ace of spades still in use with standard De la Rue joker, c.1950. Images courtesy Matt Probert. 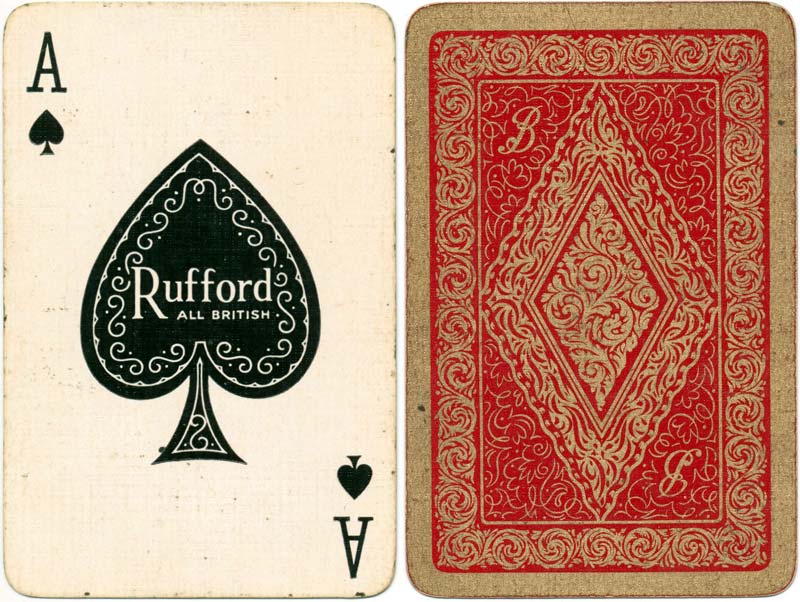 Above: the second version of the ace of spades, 1950s. Image courtesy Matt Probert. 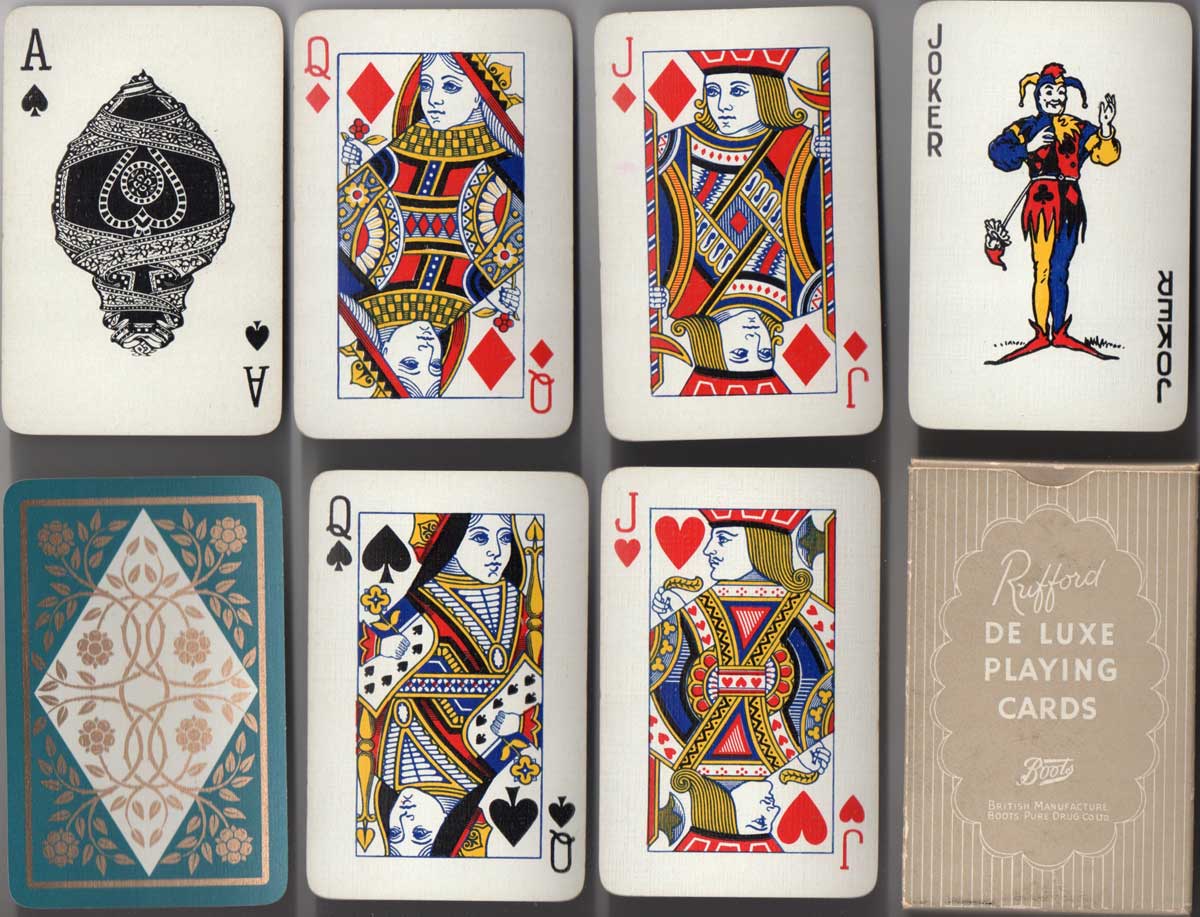