The “Help Yourself” Society was a charity formed in 1927 to run fundraising activities for hospitals and other institutions. The Society organised prize draws as well as published playing cards and annuals which were sponsored by advertising. Funds were distributed amongst organisations nominated by the trustees. After the Second World War, with the creation of the National Health Service, the Society shifted its support from hospitals and large institutions to smaller charitable organisations which relied on voluntary contributions for the bulk of their income. The Society was wound up in 1986.

The Society Motto was “Adde parum parvo magnus acervus erit” - Add a little to a little and there will be a great heap. 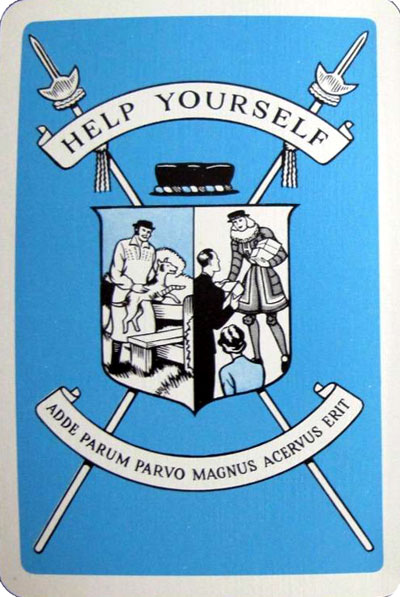 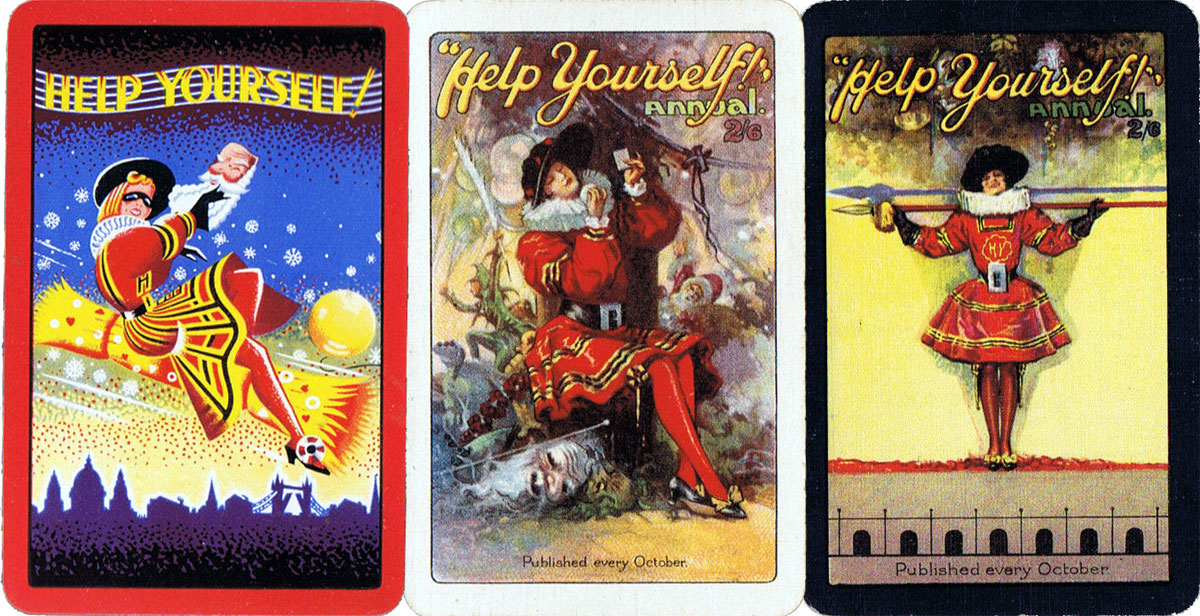 Above: assorted back designs featuring a female beefeater (Yeoman Warder of the Tower of London) from packs specially made for the “Help Yourself” Society, c.1930s. 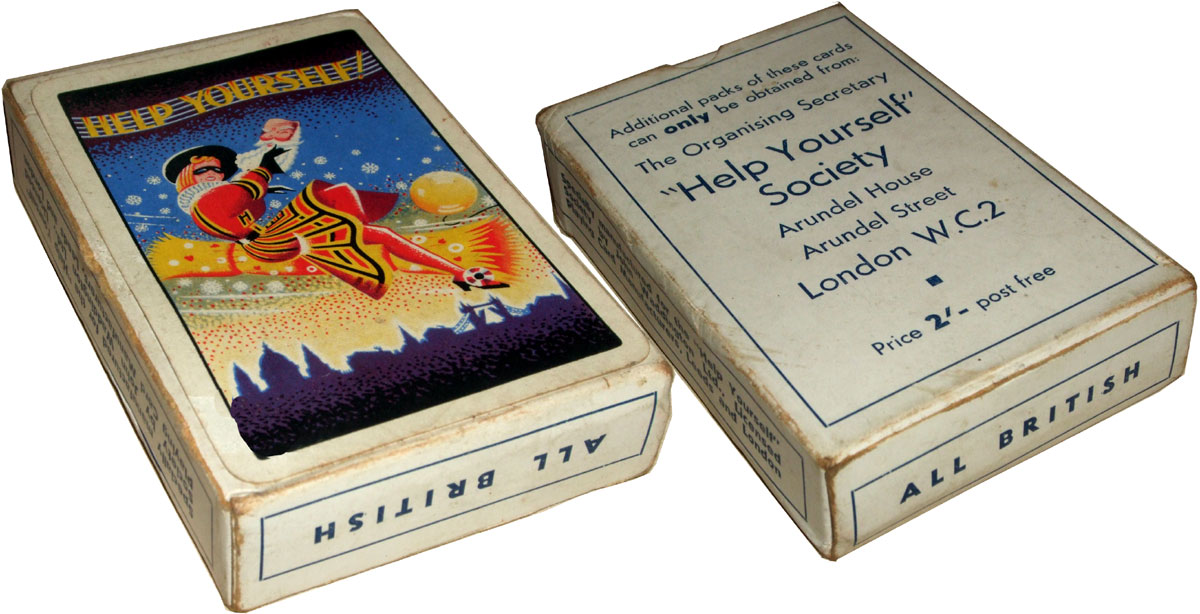 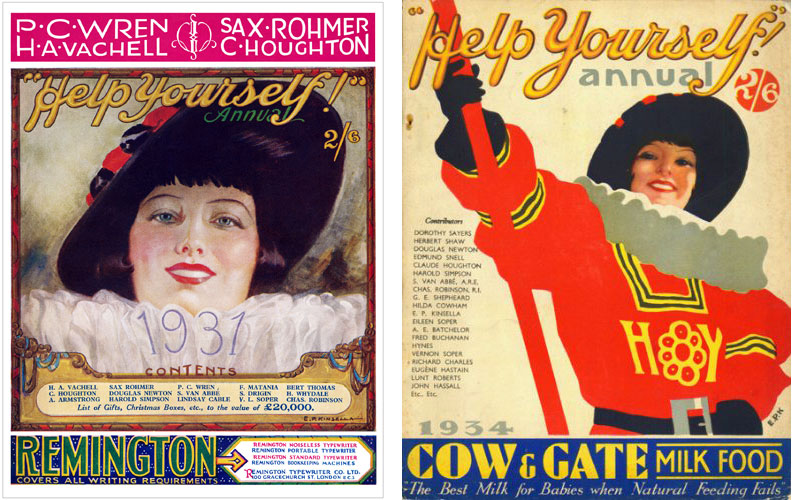