Circular playing cards in a round tin titled: “Sutherland's Circular Coon Cards” published by Hartley Bros Pty Ltd, Australia, late 19th century. These early circular playing cards, along with an early example of ‘The Joker’, depict persons of foreign heritage in an uncomplimentary manner. Possibly made during a time of segregation, the set was presumably seen as humorous and socially acceptable in those days. The imagery of watermelons and flamboyant dress provides documentary evidence of popular culture, social history, stereotypes, ethnicity and national identity from that time and also illustrates how attitudes have changed.

Laughter and ridicule prevailed in the post-Civil War period and the first half of the twentieth century. These attitudes became embedded in the media artifacts of the time. In the early part of the twentieth century the desire to make insulting fun of black people was expressed by the so-called “coon card” craze. In addition to demonstrating historical change, this material can reinforce a more positive concept of multicultural society today. 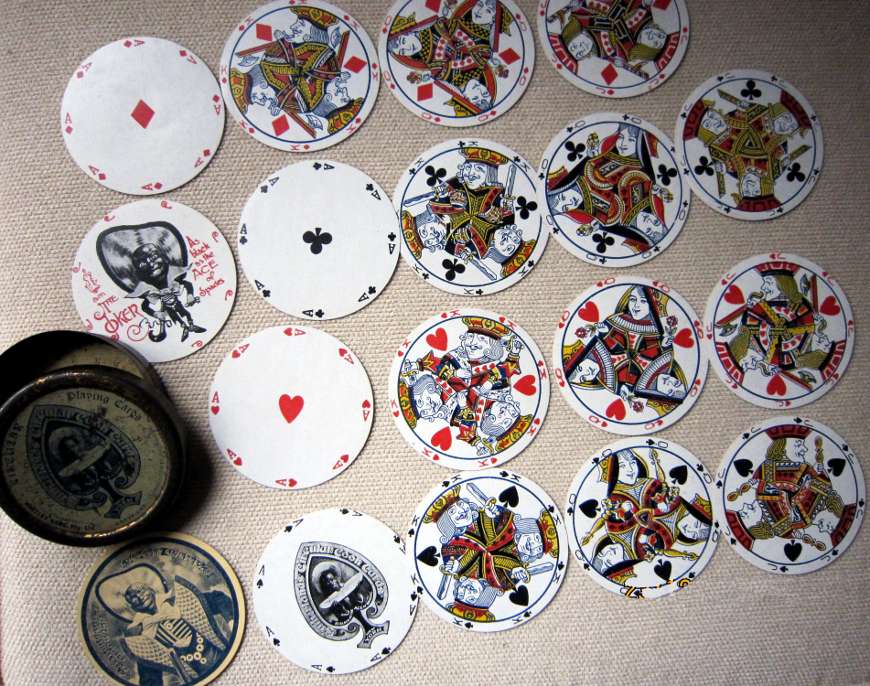