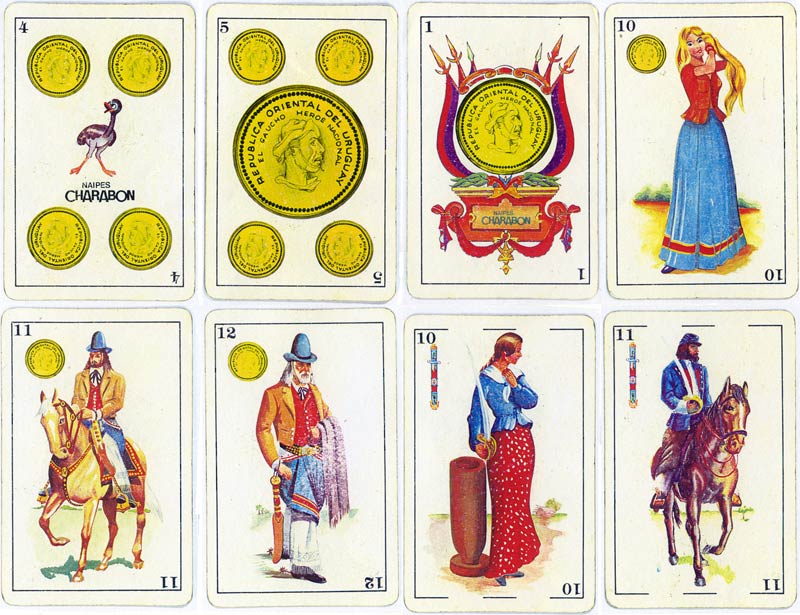 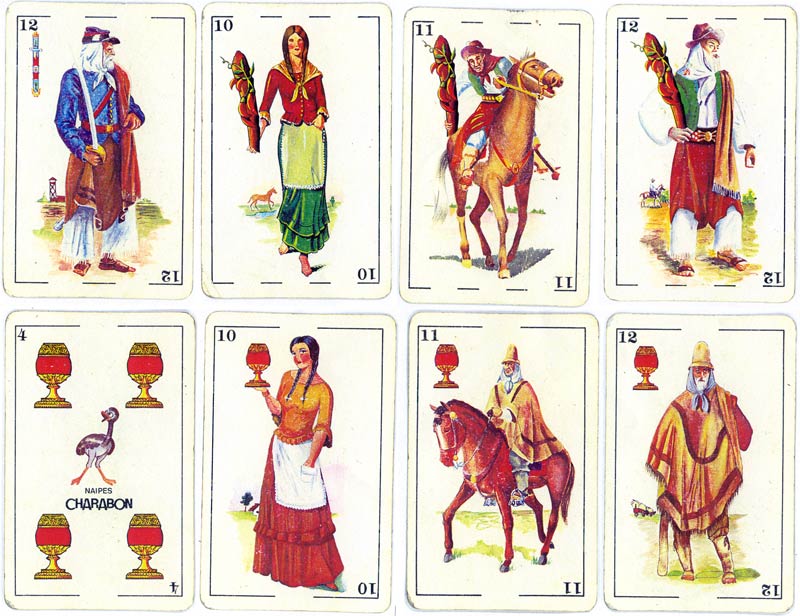 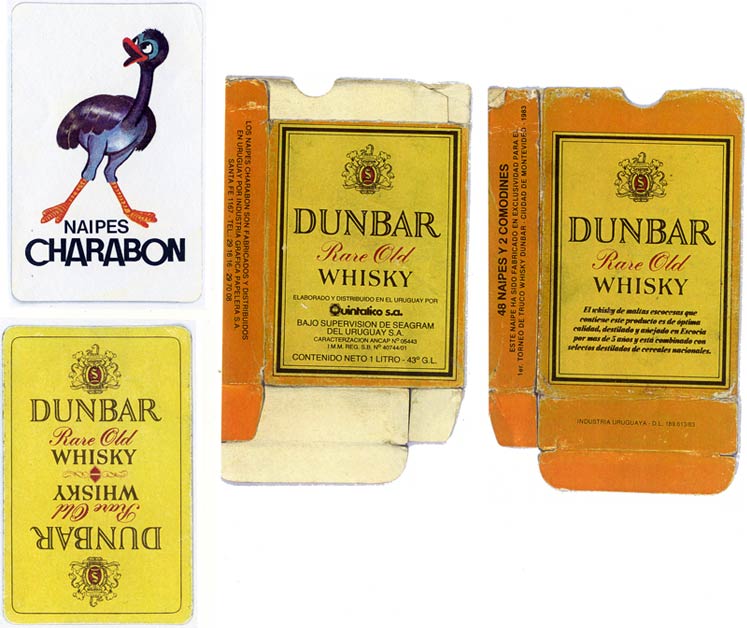 Above: this edition of Naipes ‘Charabon’ playing cards - depicting the Gaucho as a national hero -  was manufactured specially for the 1st Truco Tournament sponsored by Dunbar Whisky in Montevideo in September 1983 by Industria Gráfica y Papelera S.A. (ingrapa), Santa Fe 1167, Uruguay. A charabon is the chick of a South American type of ostrich (ñandú) similar to an emu, which is depicted on the fours of coins and cups and on the jokers.