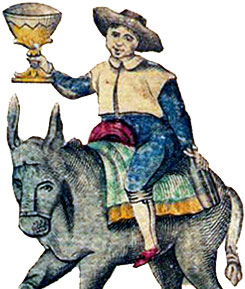 A 40-card Spanish-suited pack made in Belgium by Antoine van Genechten exclusively for the firm Escalada y Vidiella based in Montevideo (Uruguay) in c.1860. Sr Vidiella was the founder of the Uruguayan grape growing industry and in 1854 he founded an import-export business in Montevideo. The ace of coins features a Uruguayan coat of arms and the five of coins shows the Argentinean arms, suggesting that the pack was intended for use in both countries. The court cards include representations of Indian people, a Chinese man, an Arab gentleman, possibly the Goddess Diana and various other European persons. Altogether the pack appears to reflect a 19th century fantasy of South American colonisation in the style of other "Four Continent" packs of the era. 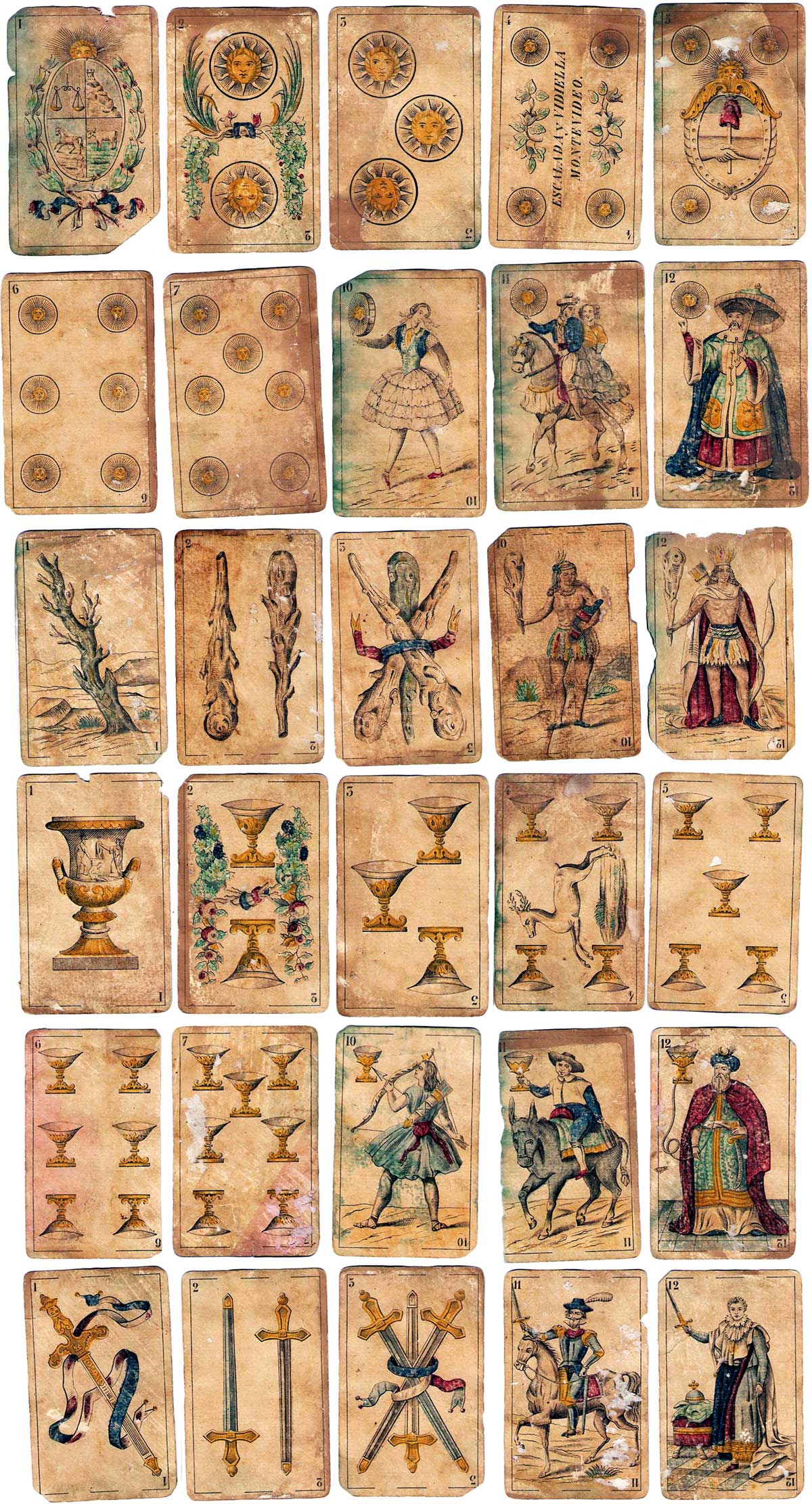 Above: cards from a 40-card pack made in Belgium by Antoine van Genechten exclusively for the firm Escalada y Vidiella based in Montevideo (Uruguay) in c.1860. The cards once belonged to the Argentinean Infantry Captain Carmen Bustamente who was killed in the Paraguayan War (1864-1870). They are now part of the collection of the Complejo Museográfico Enrique Udaondo (Luján). Background information kindly provided by Juan Carlos Recarey.