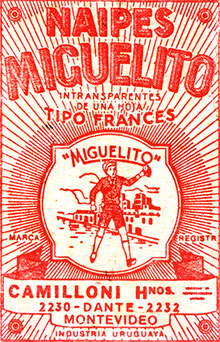 The cards are of the standard Spanish-suited 'Parisian’ pattern (Tipo Francés) based on models exported to South America by French manufacturers during the nineteenth century, eg Alphonse Arnoult, B.P. Grimaud, etc. with a sea monster on the four of coins. The tethered hound on the jack of coins is another characteristic. The seven of coins has the blue 25 centésimo tax stamp which was applied to playing cards in Uruguay at this time (1949-60). 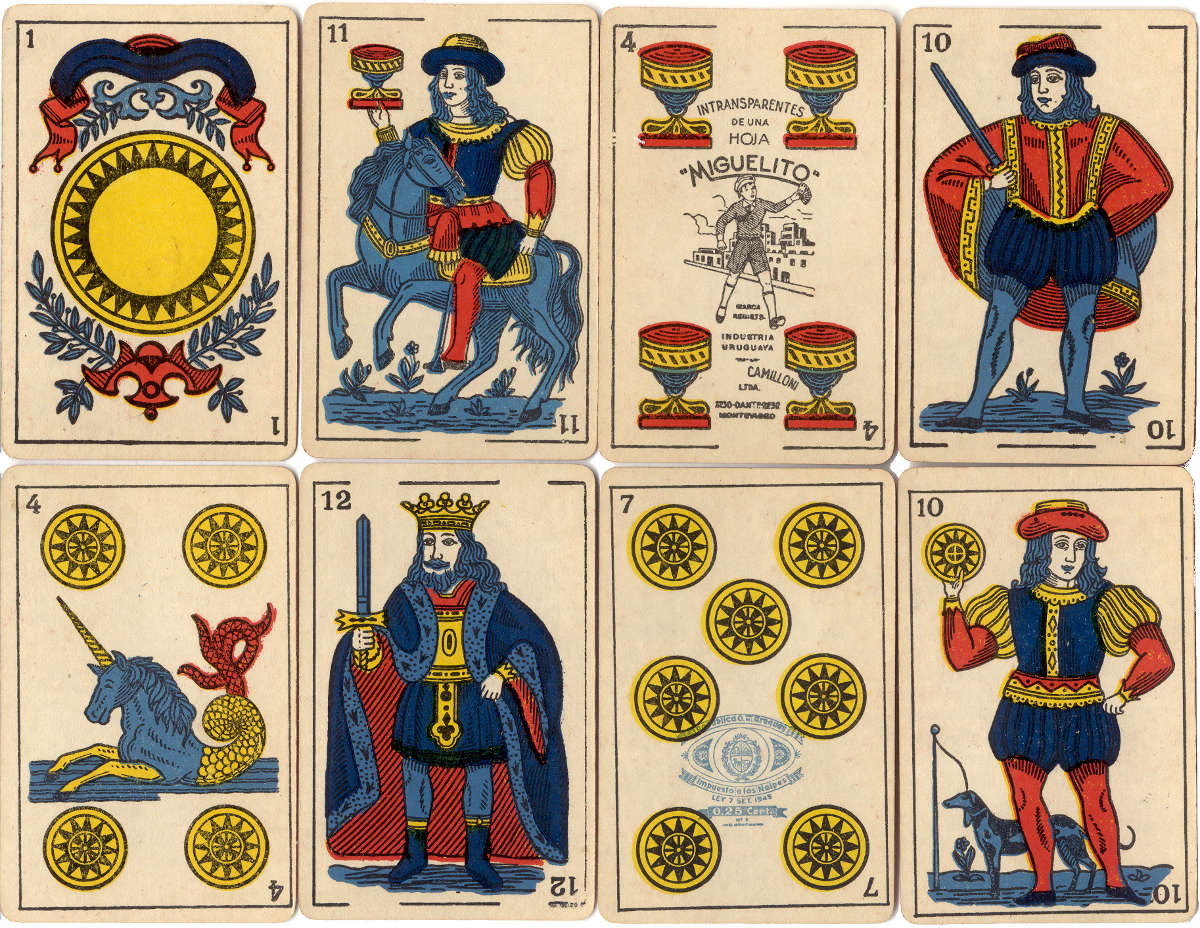 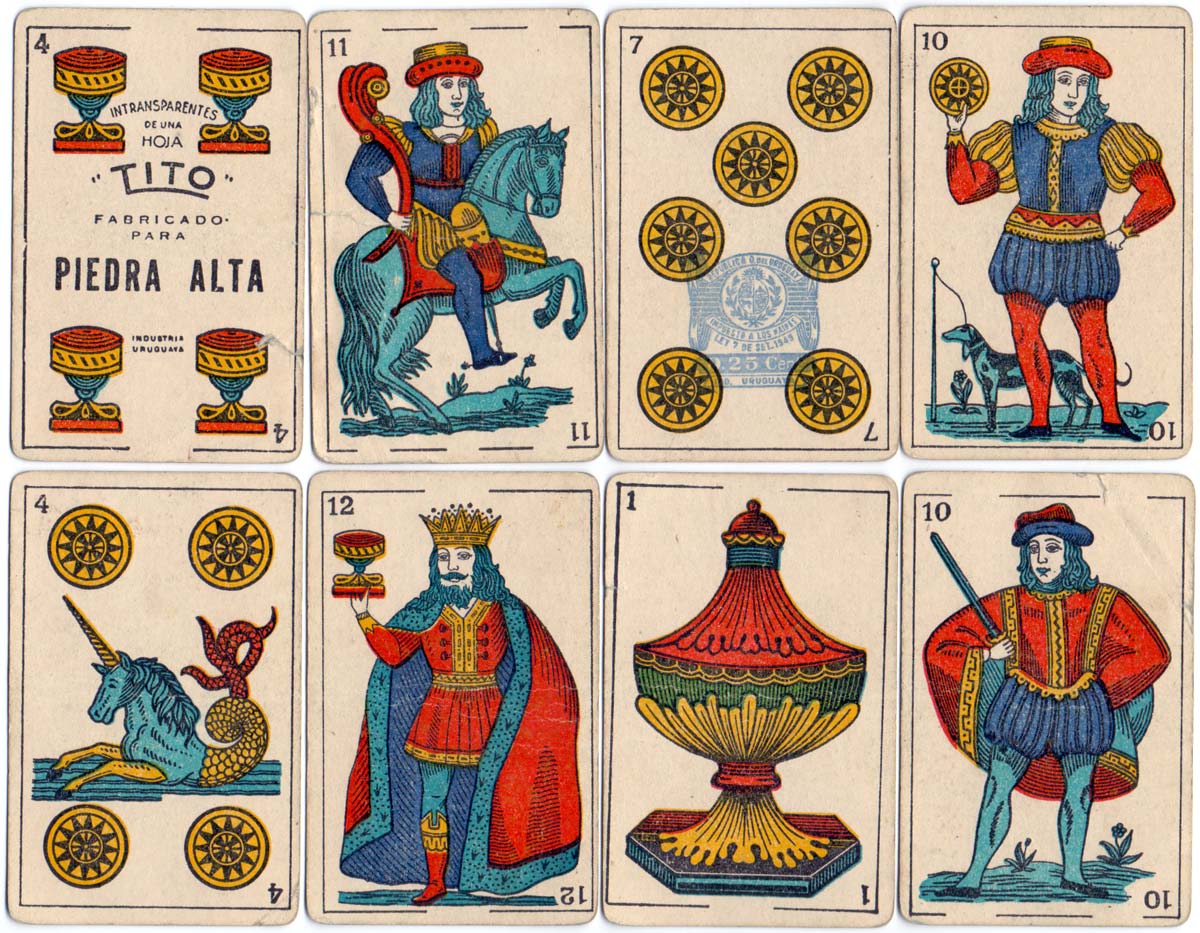 Above: Naipes ‘Tito’ manufactured for ‘Piedra Alta’ by Camilloni Ltda, Montevideo, 1950s. 40 cards in box, same Parisian Spanish pattern designs. It is a curious feature of this pattern that the king of cups has only one leg! 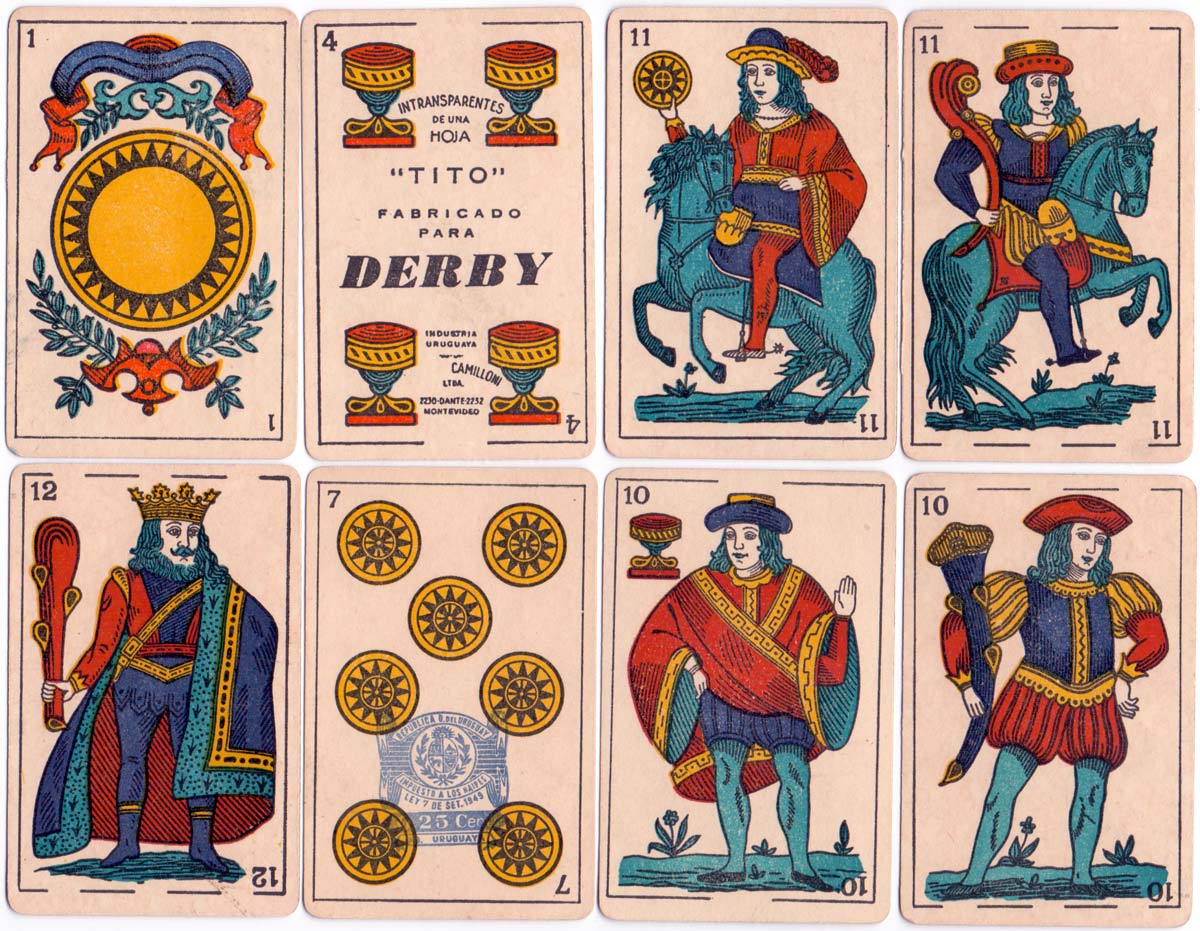