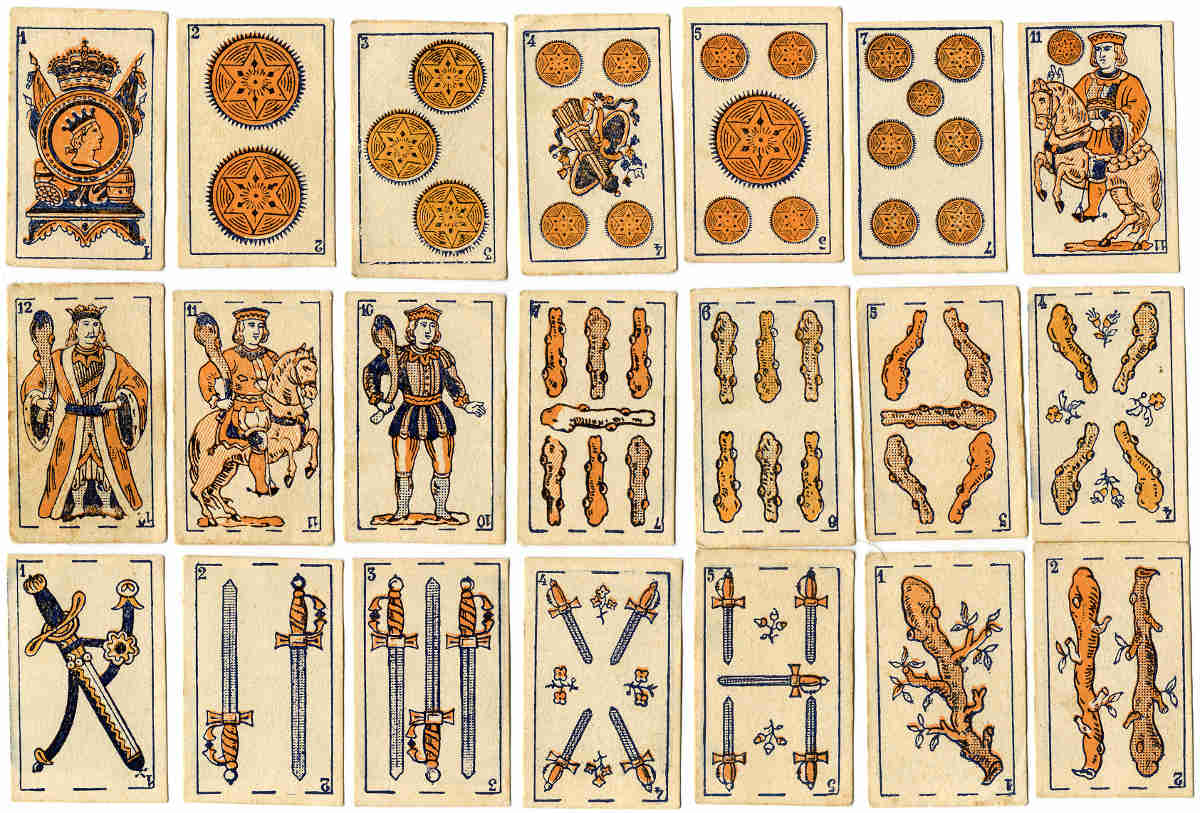 Above: Miniature children's playing cards depicting popular heroes and celebrities on the backs. Similar packs were published showing football players and popular sayings and proverbs. The fronts of the cards show standard Spanish-suited cards printed in blue and orange, in the Catalan style. The ace of coins depicts symbols of commerce and national triumph, and the four of coins depicts a quiver of arrows and a shield. Cards of this type are examples of playing cards used for educational purposes besides providing entertainment value to young people.