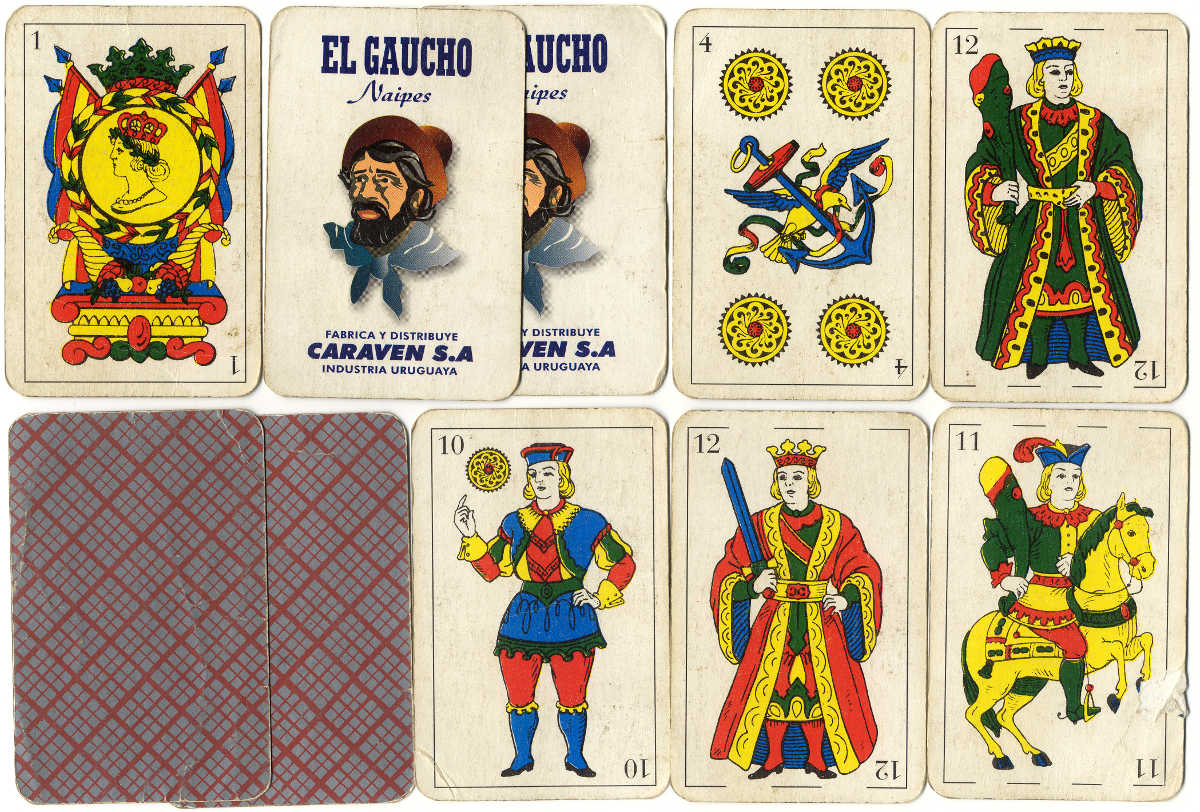 Above: Naipes ‘El Gaucho’ manufactured and distributed by Caraven S.A., Montevideo, Uruguay, c.1990s. The same brand name was previously produced by Gráficos Unidos S.A. and Cervantes S.A. although in this example the cards are now in the standard South American Spanish-suited style and have no gaucho attributes except the title and drawing on the two extra cards.

Below: newer edition of Naipes 'El Gaucho' by Caraven S.A. with re-drawn aces and jokers, c.2000. The only reference to gauchos is on the box. 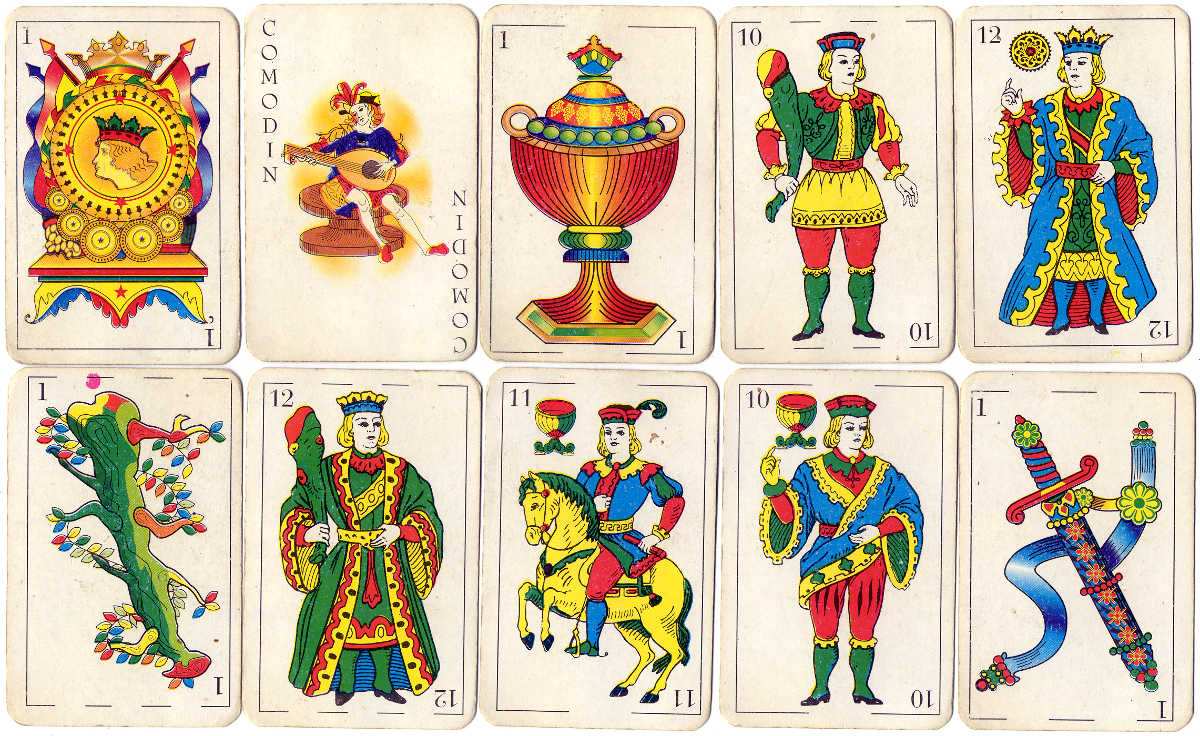 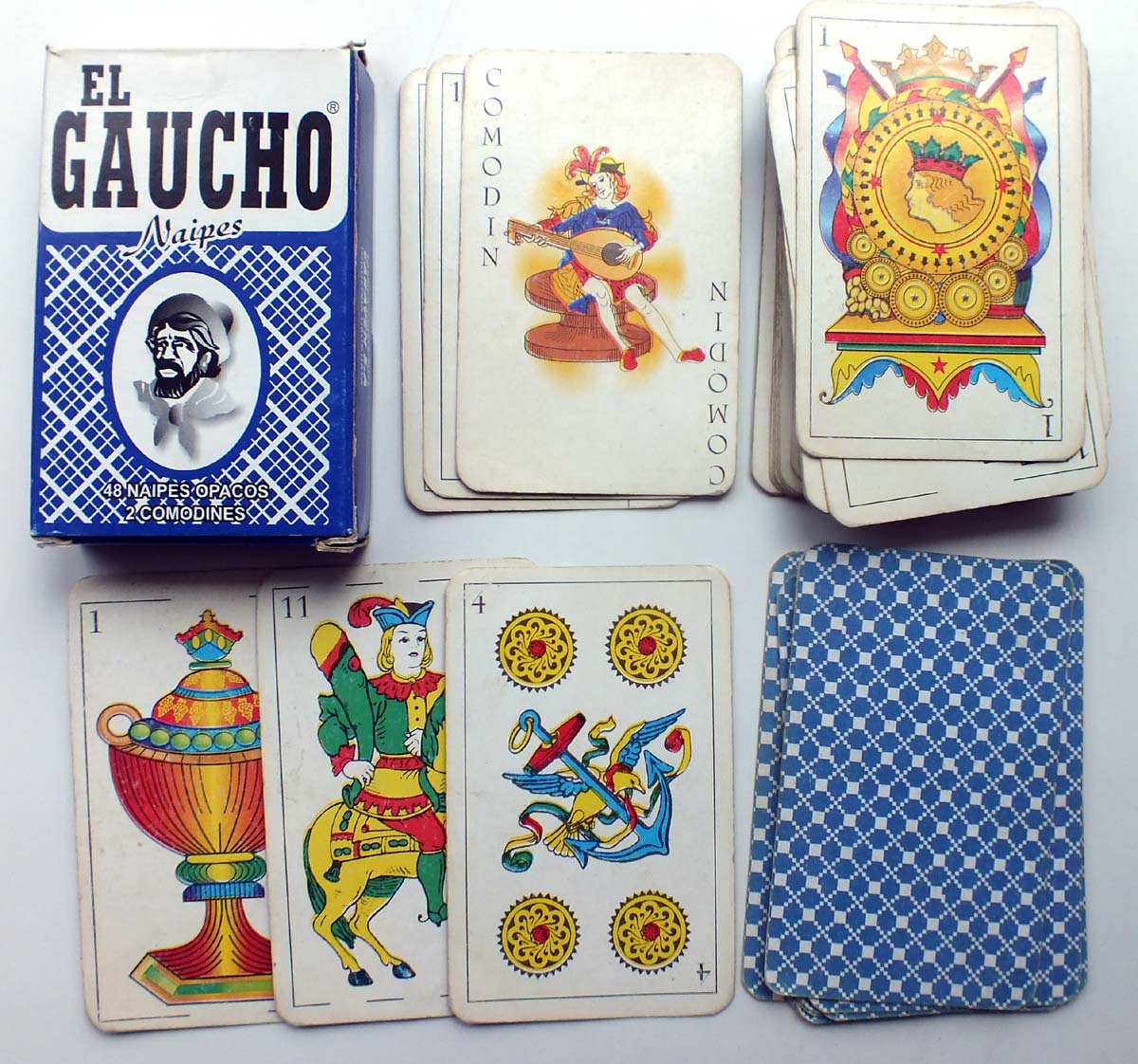