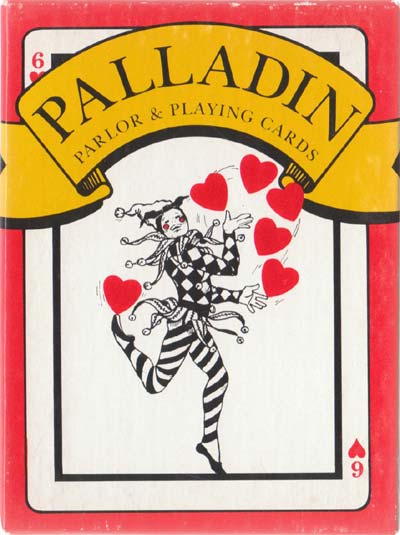 Palladin Parlour & Playing Cards by Laura Sutherland, published by Palladin Paperworks, Santa Cruz CA., 1983. This is a sort of “transformed” dack, and the cards contain hidden puns, stories and wordplays, as well as ingenious use of the suit symbols. See the box and info card►

According to the artist, “there were two editions of this deck. The first edition was called Sutherland-Brown Playing Cards and the cards were pretty crude as they were cut by a round corner machine – that was in 1977. The second edition was printed a few years later and in a slightly larger edition – Palladin Playing Cards – which is what you have. They were manufactured by a regulation card printing company so the decks were cut as a whole deck by a machine and they are the proper size, etc.”  Source here► 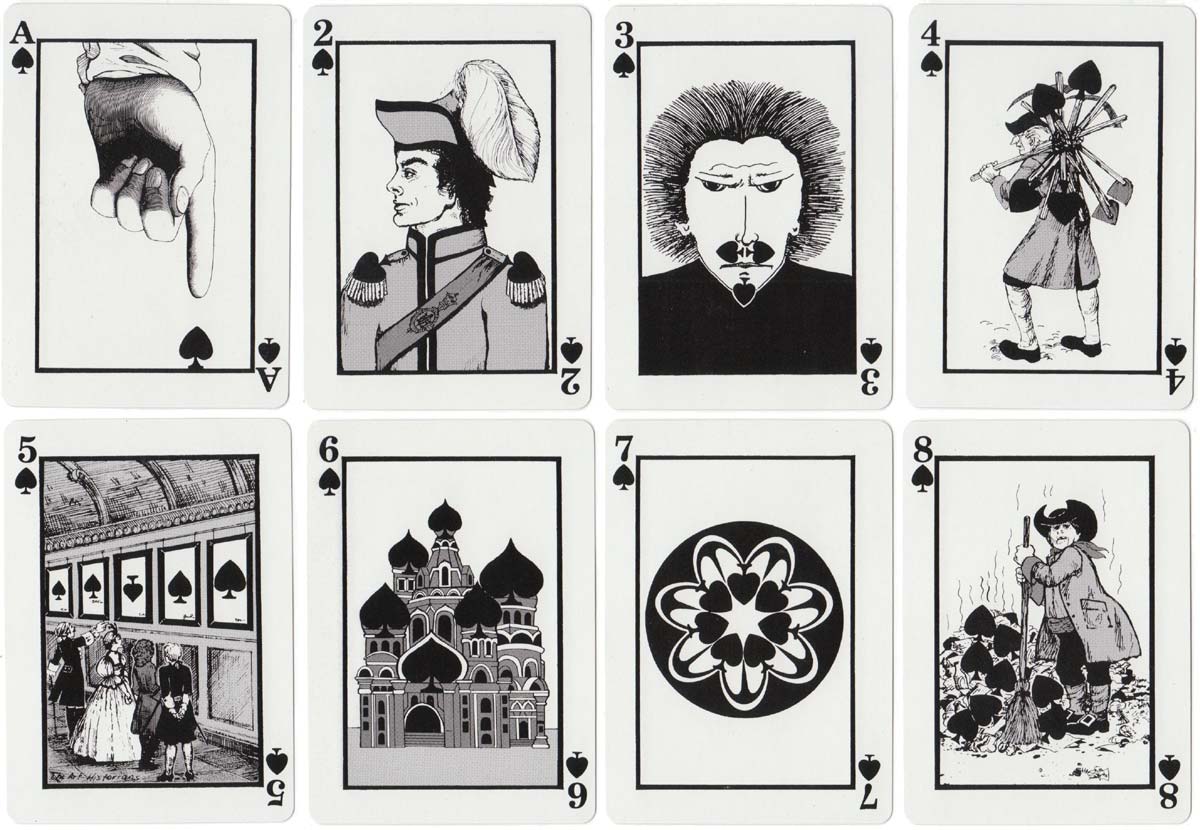 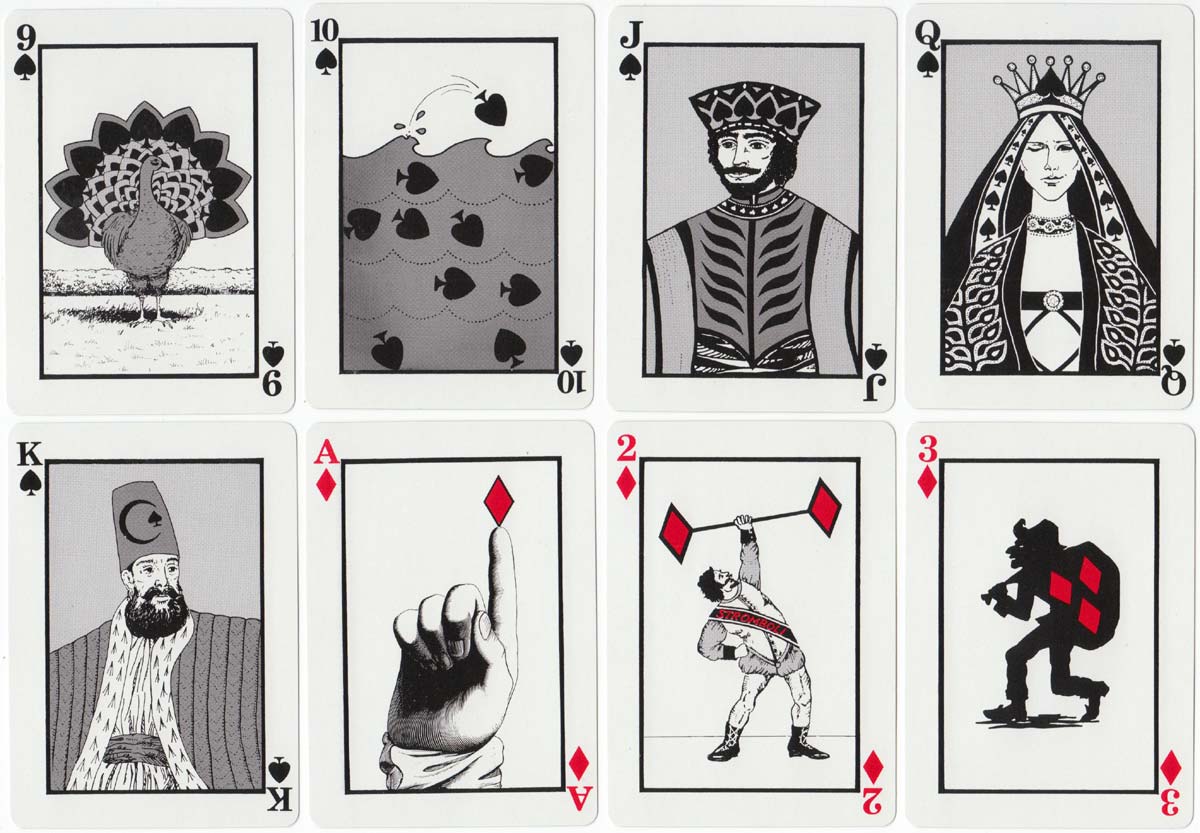 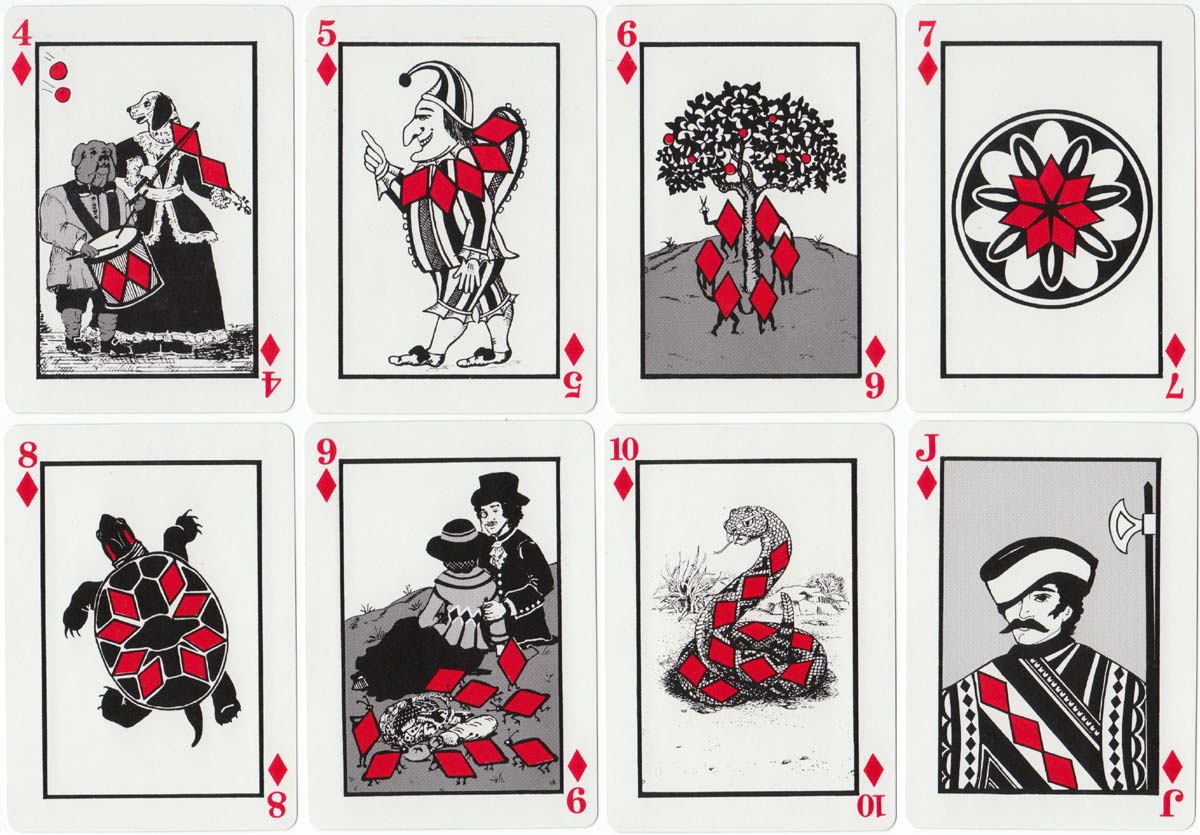 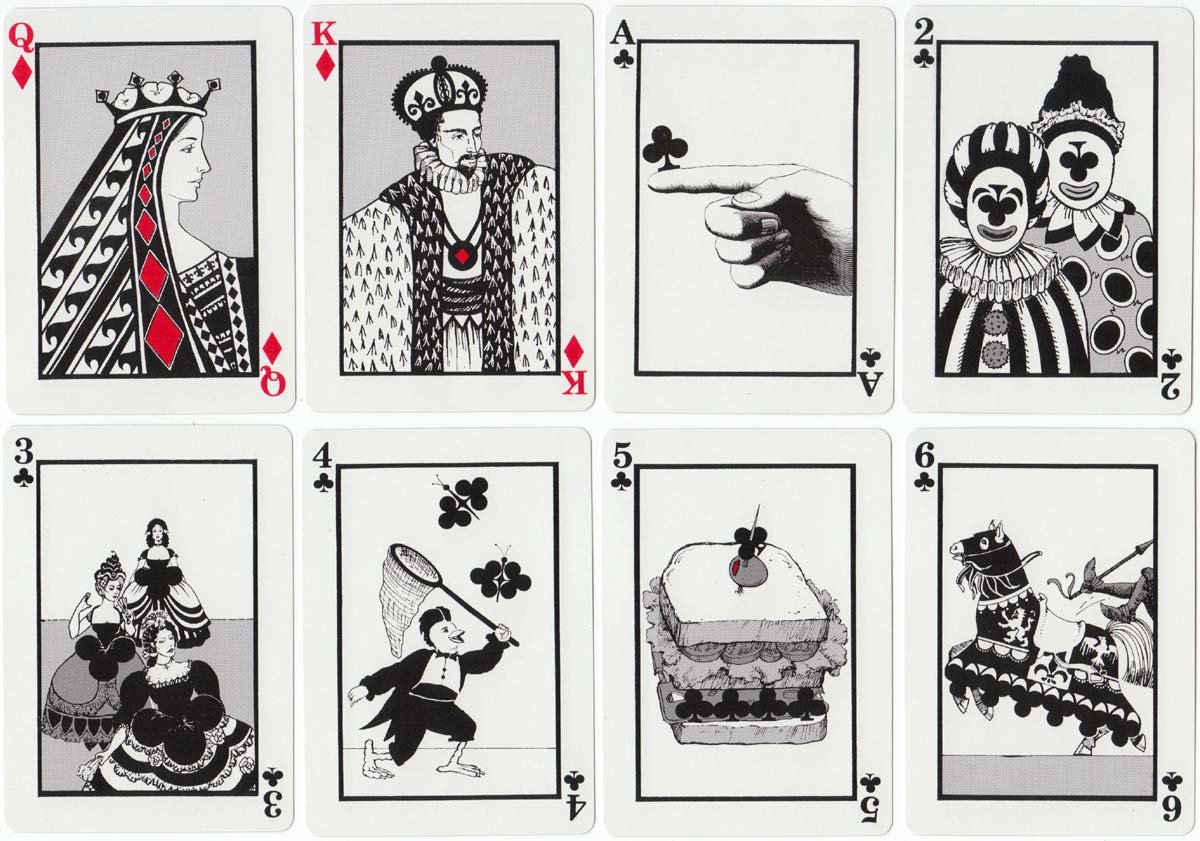 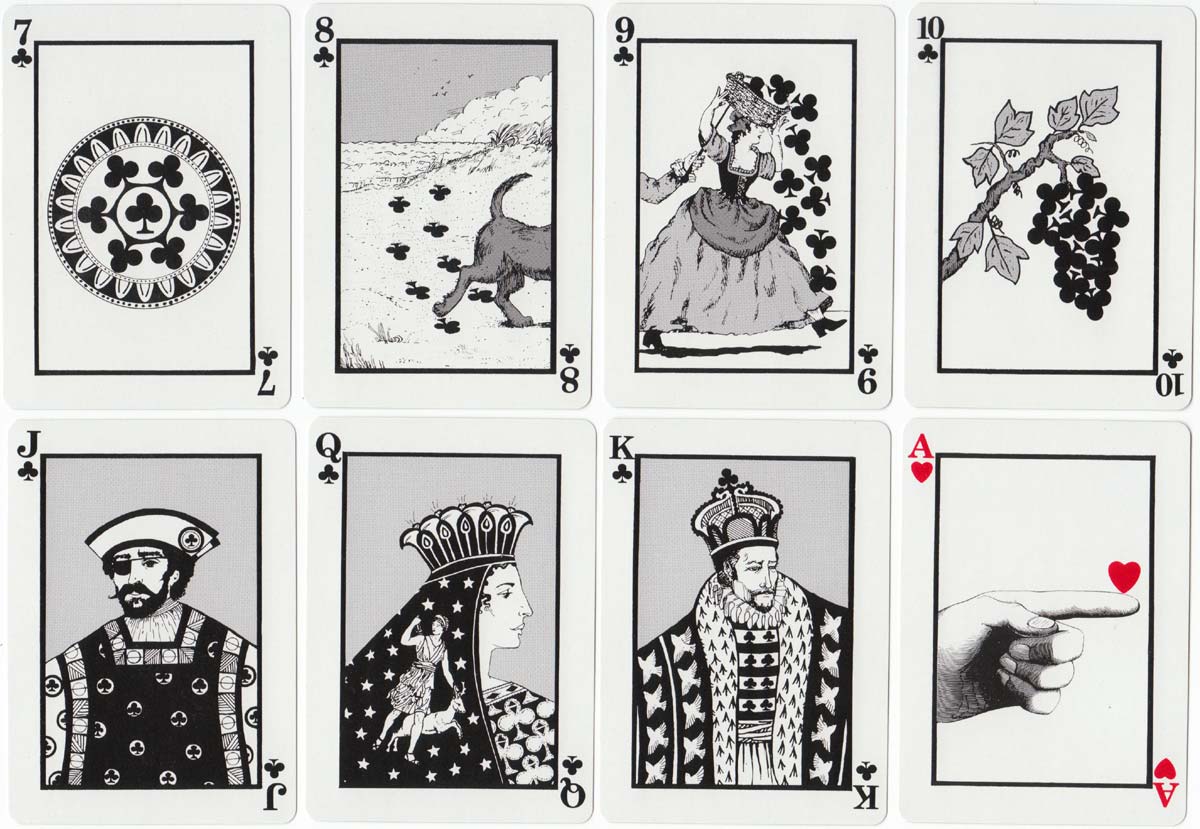 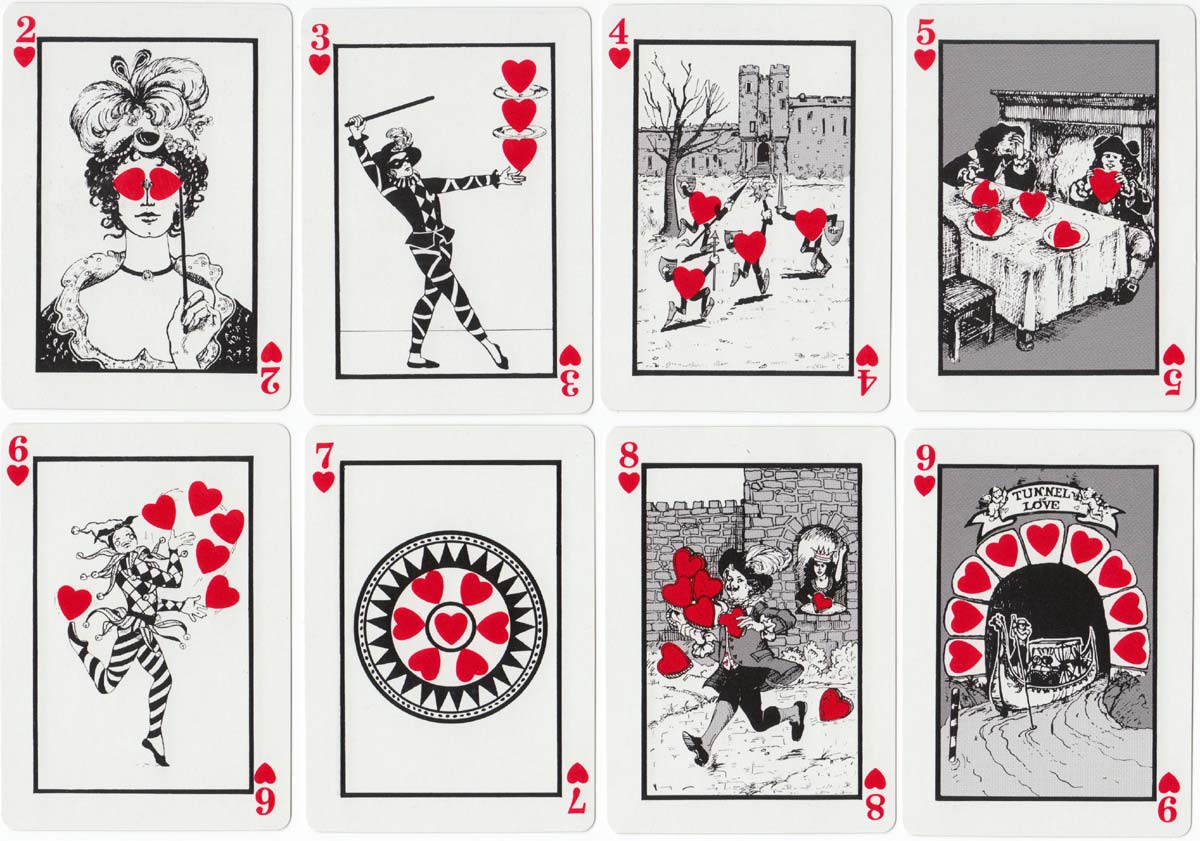 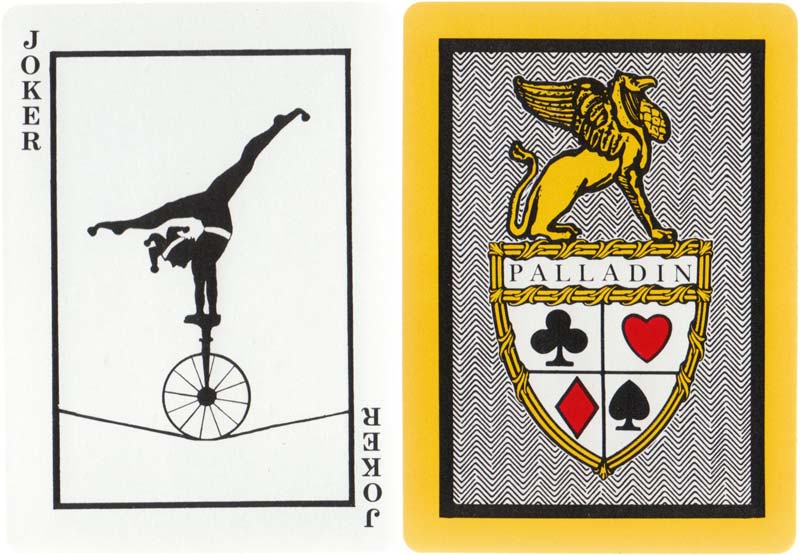