Estudio Negrin playing cards made by Orestes A. Cappellano, S.R.L., for PIRELLI, c.1960

This example has no manufacturer's details printed anywhere on the box or cards, apart from Edicion “Estudio Negrin” and Fabricante Orestes A. Cappellano on the Ace of Hearts. The Ace of Spades is plain, and the jokers and box have been specially customised for Pirelli. 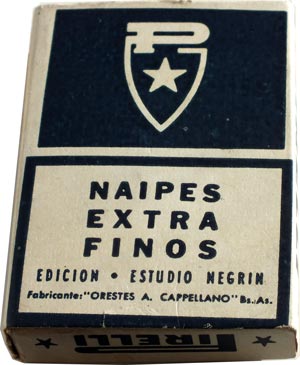 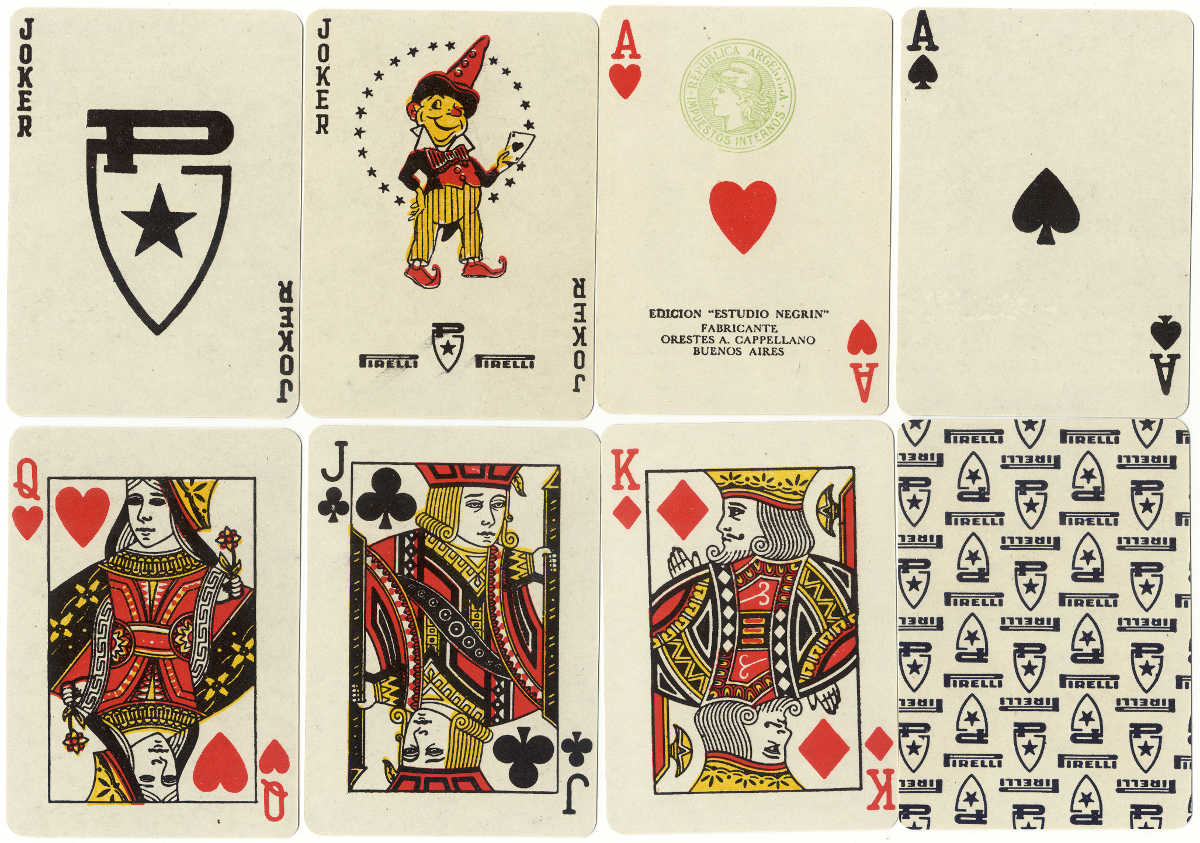 Above: 1 Peso orange tax band, used on home-manufactured Anglo-American decks (1944-64), as in this example. In conjunction with the "Marianne" tax stamp on the Ace of Hearts, the date can be estimated at around 1960. 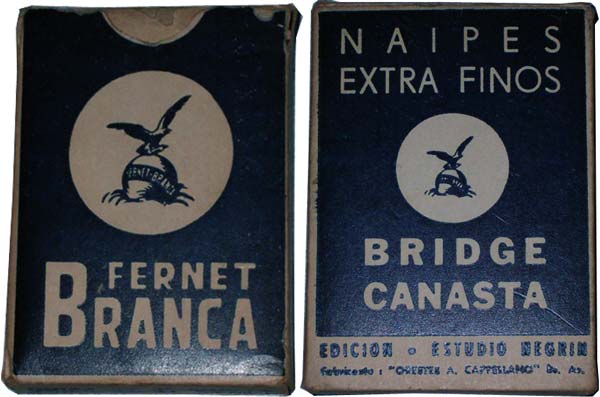 Left: box from another pack advertising Fernet Branca from around the same period.