‘La Española Classic’ is Gráfica 2001's traditional ‘La Española’ Spanish-suited pack based on the designs published by Igor Domicelj and Vigor S.R.L in the 1940s and 50s, which were in turn copied from ‘Naipes El Heraldo’ by Segundo de Olea. It is produced in four sizes (standard, round, pocket and small). The original logo can be seen on the Fours of Cups and Coins and the two Jokers. Several alternative Jokers have been published and in these cases the logos are omitted so packs appear to be completely anonymous. An alternative version named ‘Barcelonesa’ is also produced (see below). This style of pack is found with advertising backs and also as the basis of special editions with customised artwork (see example →) 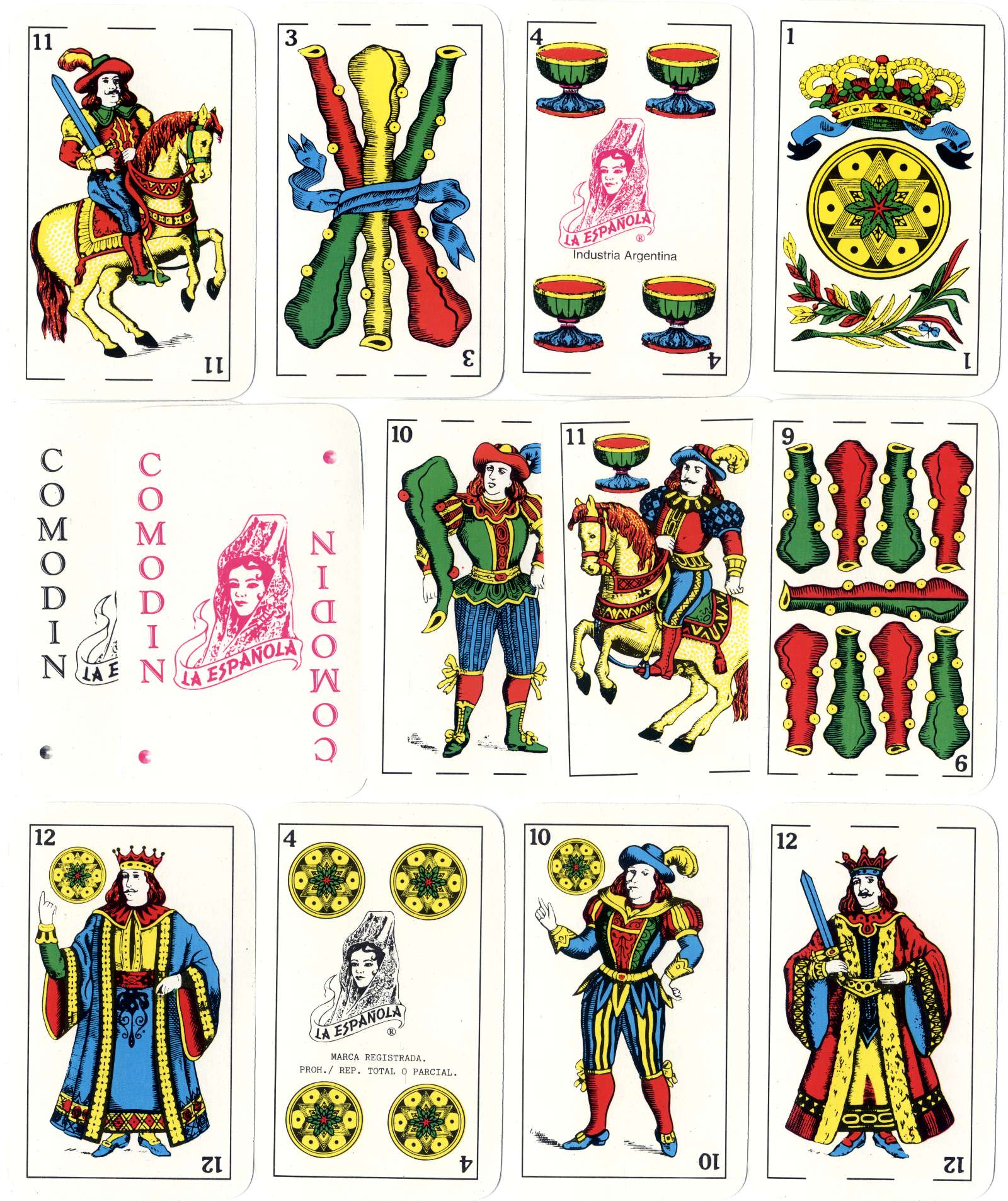 There is also a version with elongated indices. In some instances the ‘La Española’ trademarks are omitted or custom Joker designs are used. 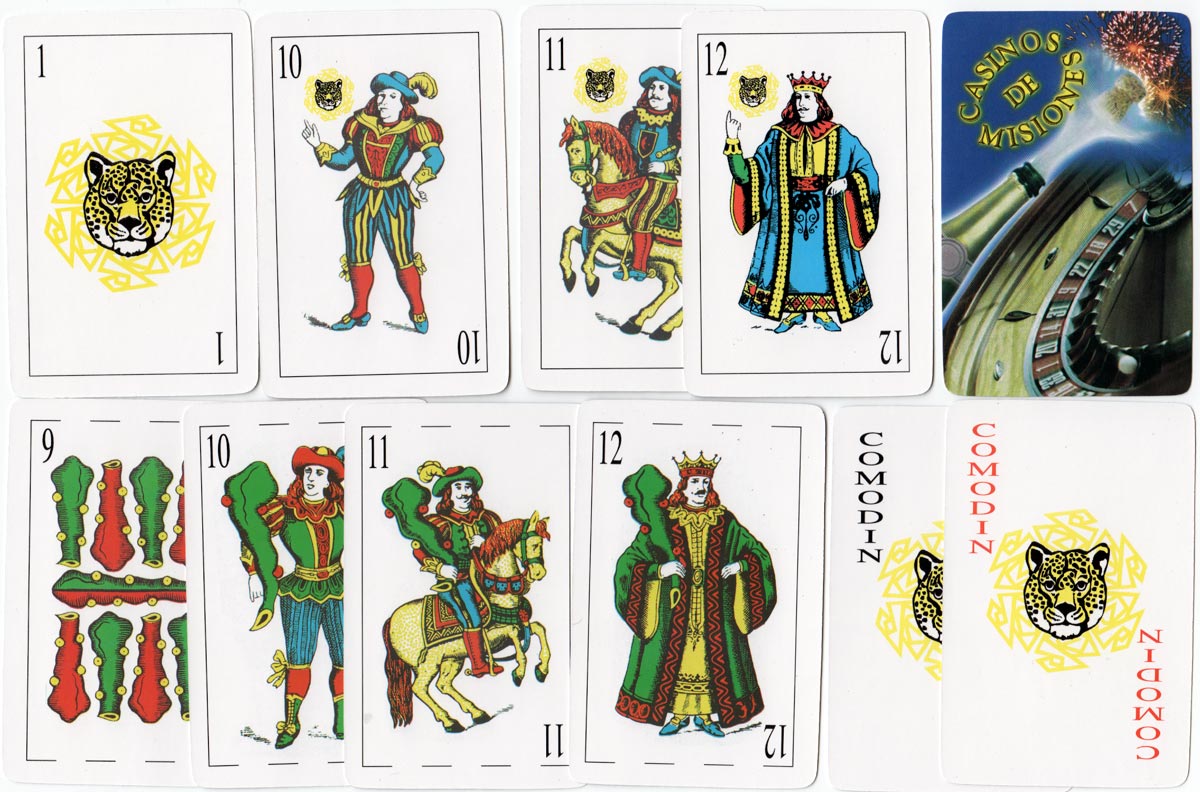 Above: advertising pack for Casinos de Misiones, based on "La Española 1946" designs with 2 special jokers and coin symbols substituted with with leopard heads. 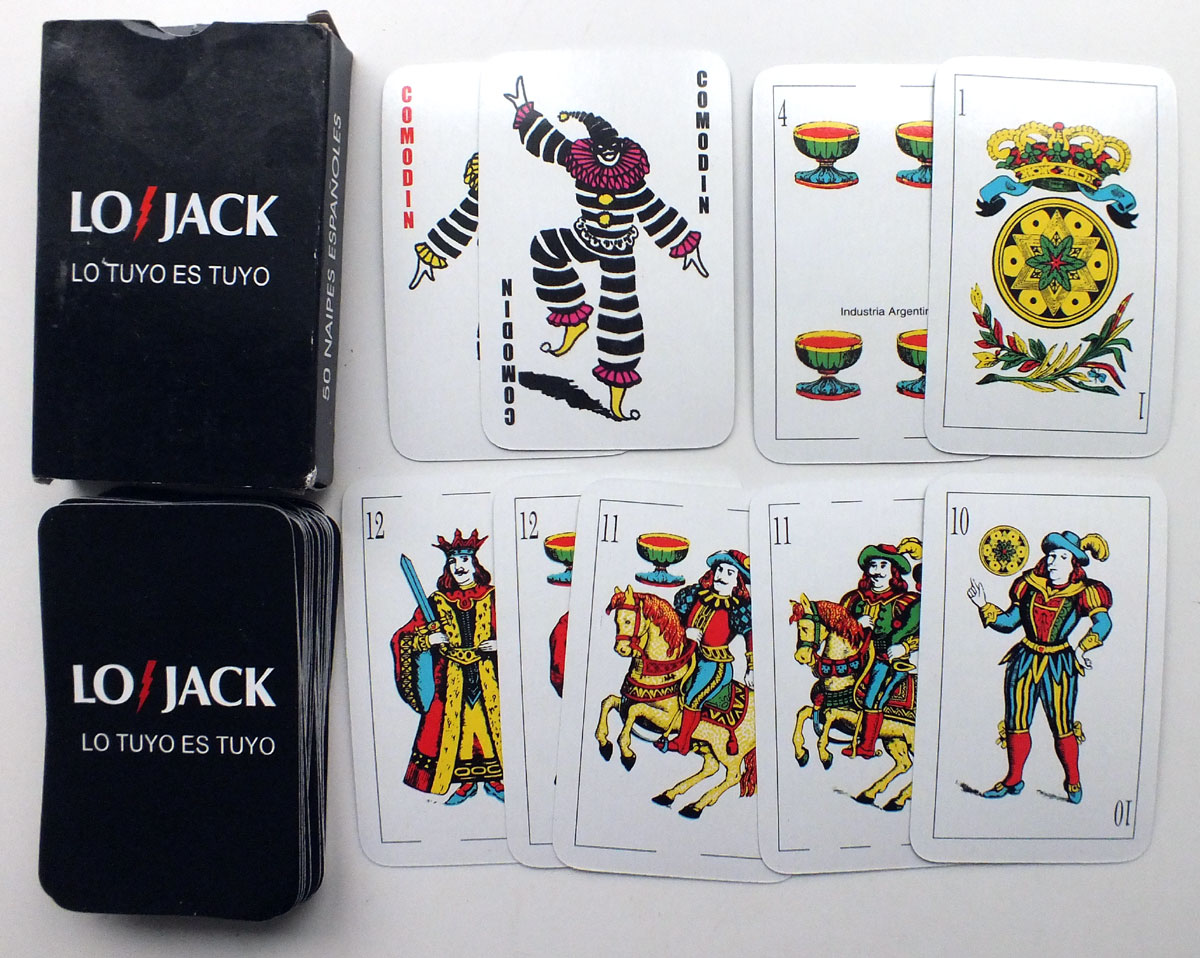 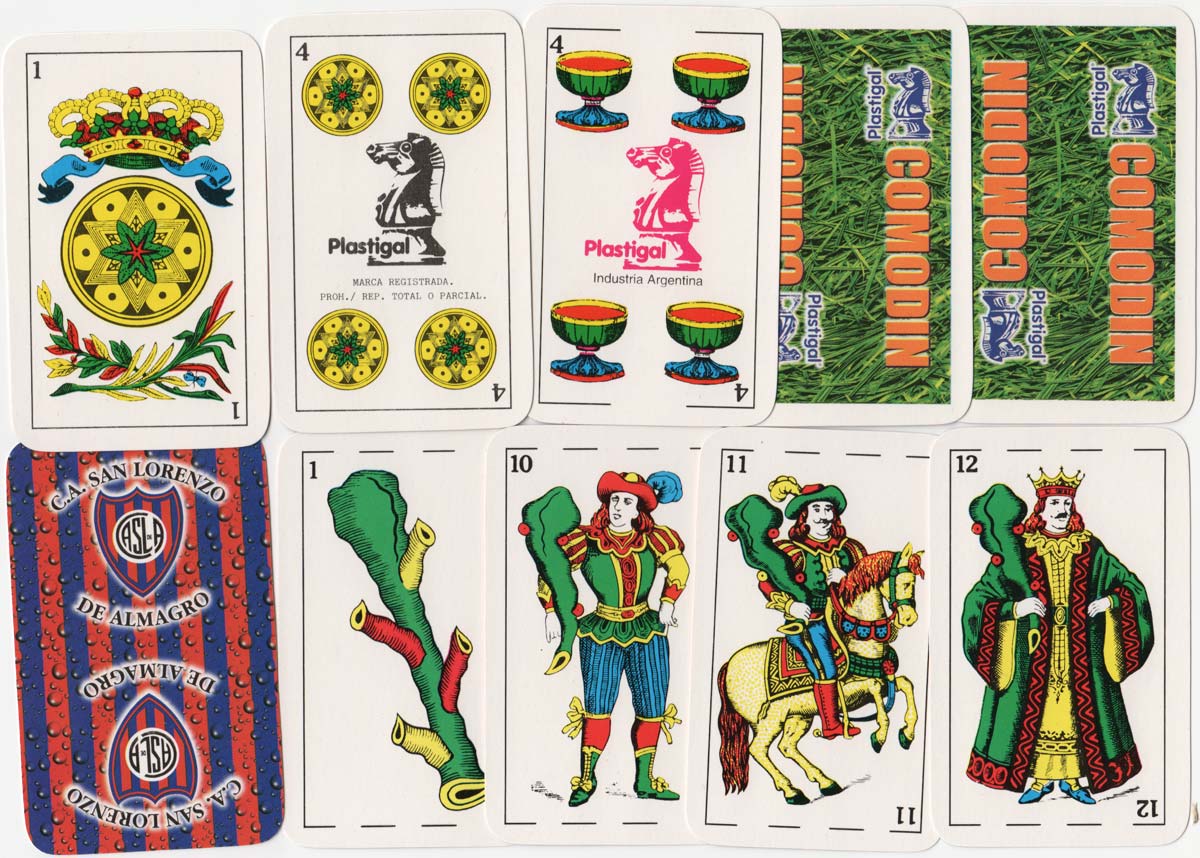 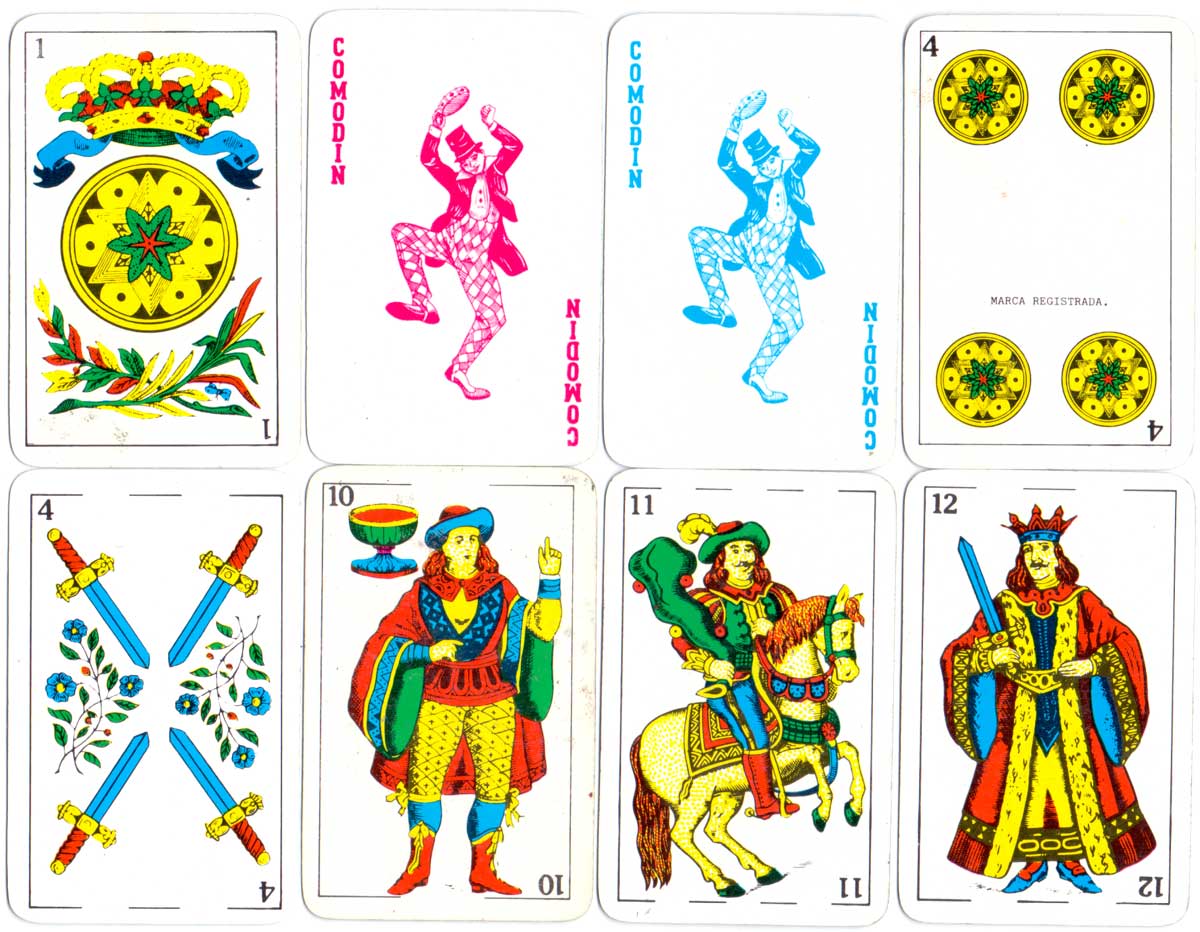 The Joker in the above budget grade decks - harlequin jester with a tambourine - is a design formerly used in cards made in Hong Kong. 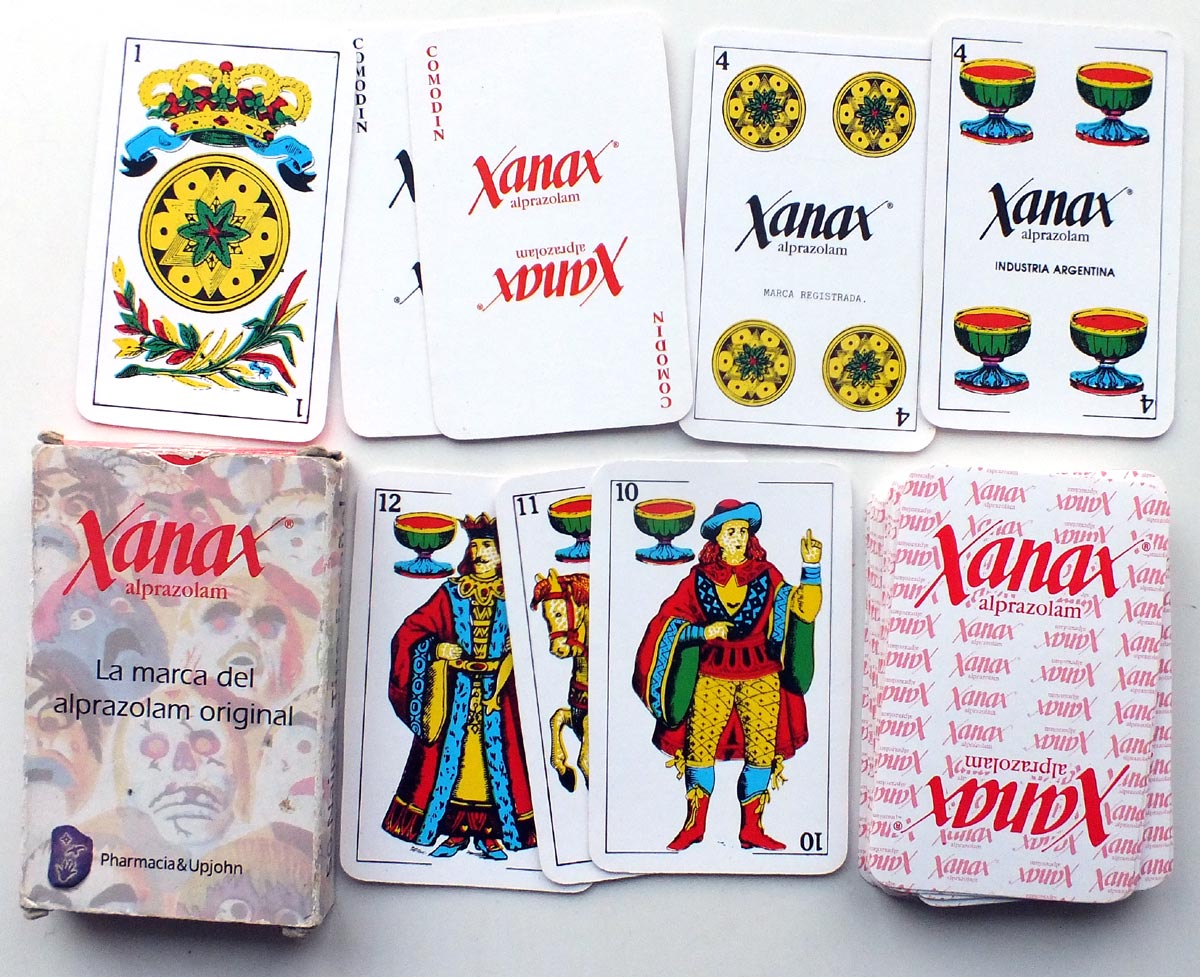 Above: Spanish Cádiz pattern by Gráfica 2001 for Xanax alprazolam, 2001.

A similar deck is produced with the brand name ‘Barcelonesa’, the same as the above example except with a different logo on the Fours of Coins and Cups and Jokers, based on a brand originally published during the 1950s. 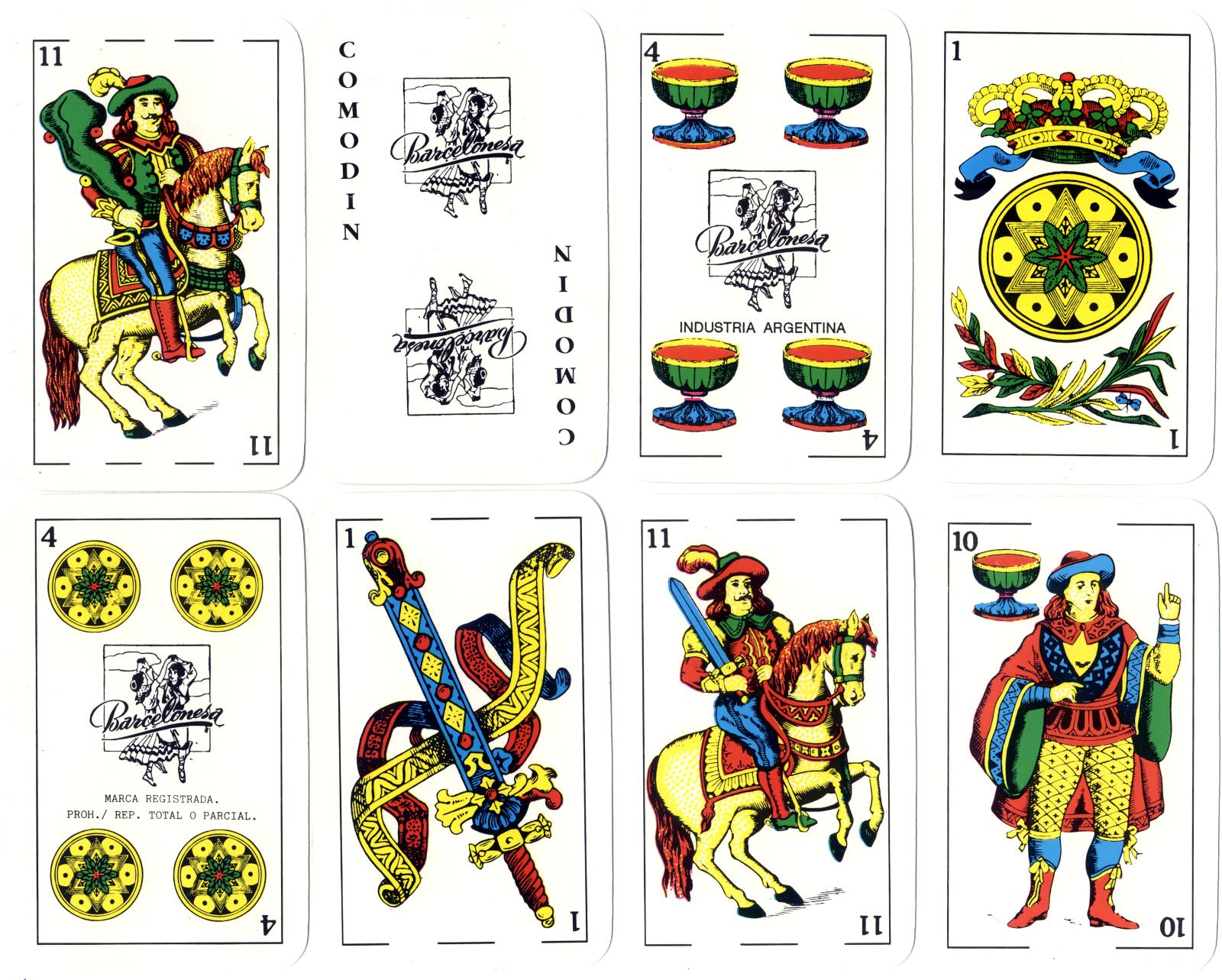 Above: Barcelonesa playing cards, an alternative brand of Gráfica 2001's traditional Spanish-suited pack. The original logo can be seen on the Fours of Cups and Coins and the two Jokers. 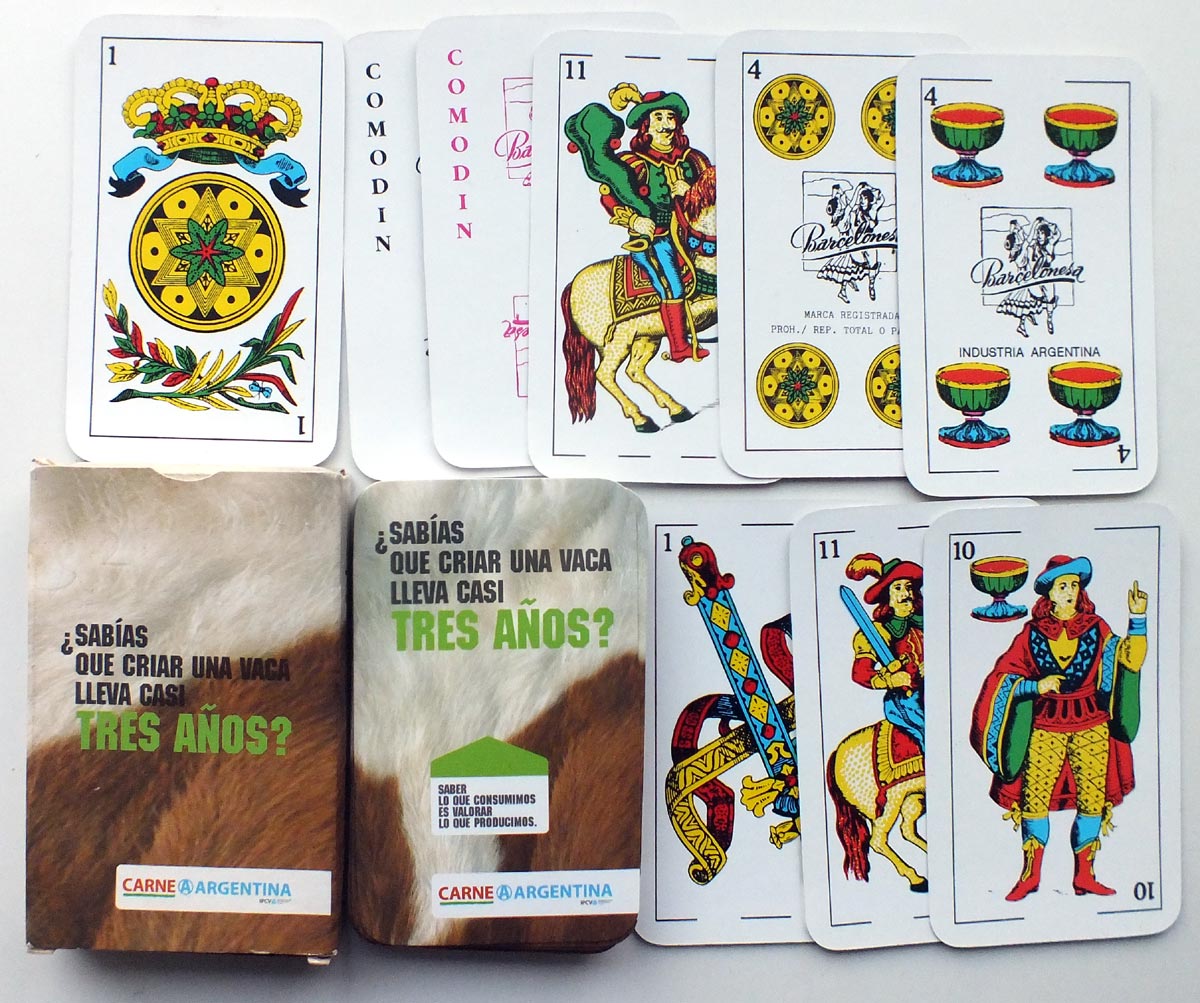