The firm was acquired by Heraclio Fournier in 1940, who continued to produce the “El Heraldo” brand for some time. The designs inspired several foreign manufacturers, including Vigor S.R.L of Buenos Aires and their successors Gráfica 2001 / Naipes La Española►

Earlier editions of this deck were virtually identical to “Los Dos Tigres” brand by González Risso, but later on the two manufacturers differentiated their products more noticeably. 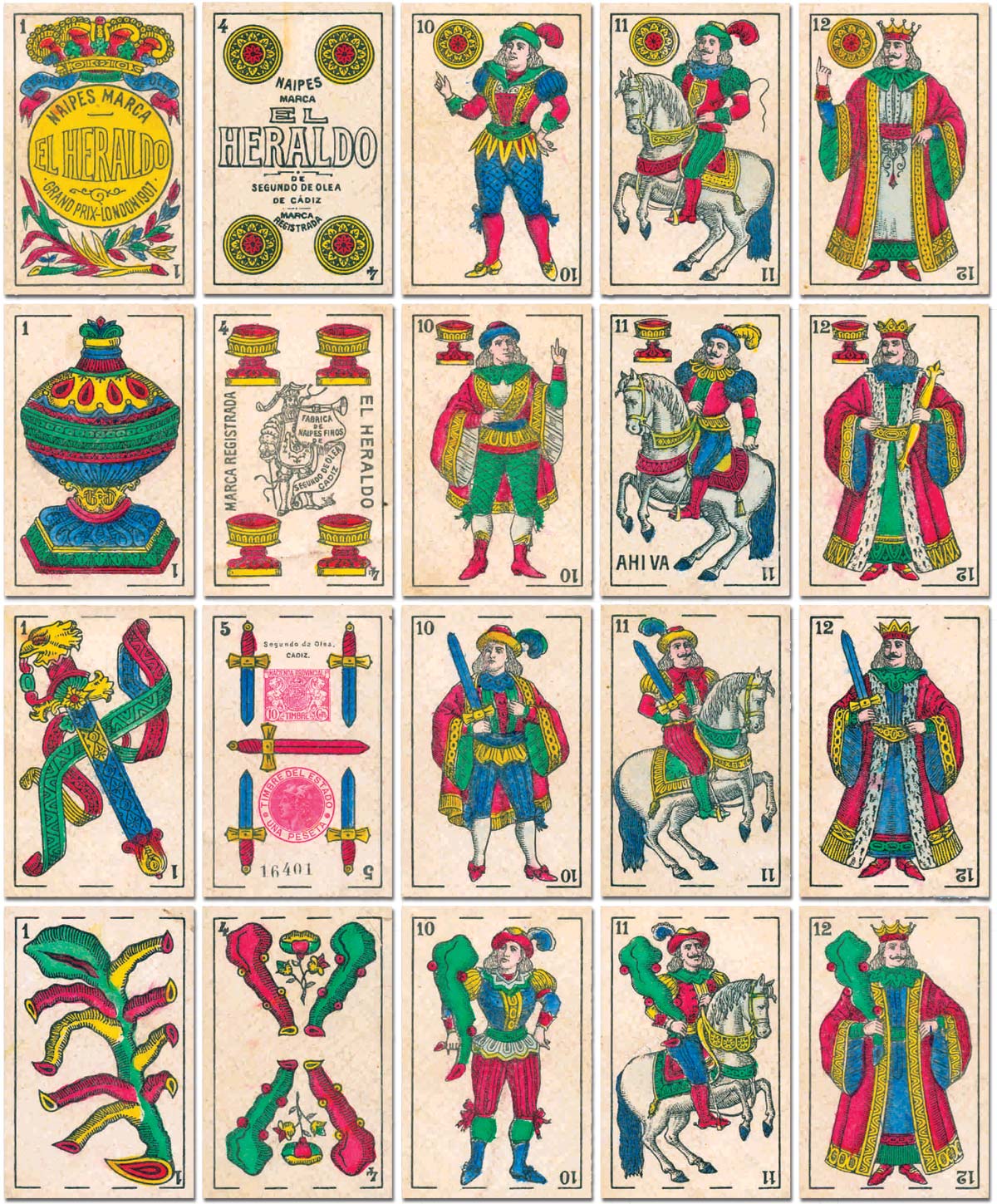 Above: final version of the “El Heraldo” brand by Segundo de Olea Aguilera, c.1925. The five of swords has a one peseta tax stamp and also a 10 céntimos local surcharge. Images and notes courtesy Alberto Pérez González.

Above: cards from an earlier edition of “El Heraldo”, with the name “Segundo de Olea” on the ace of coins instead of “Naipes Marca”, c.1910.