Cards from an anonymous Spanish-suited pack made in Belgium by Léonard Biermans c.1875 for export to Spanish-speaking markets (North Africa, Latin America, Spain). Stencil-coloured. The lion motif on the ace of coins is a common feature on Spanish packs from this era, and the wrapper also features a lion lying between two trees. The basket of flowers is often seen on Belgian-made Spanish-suited cards. 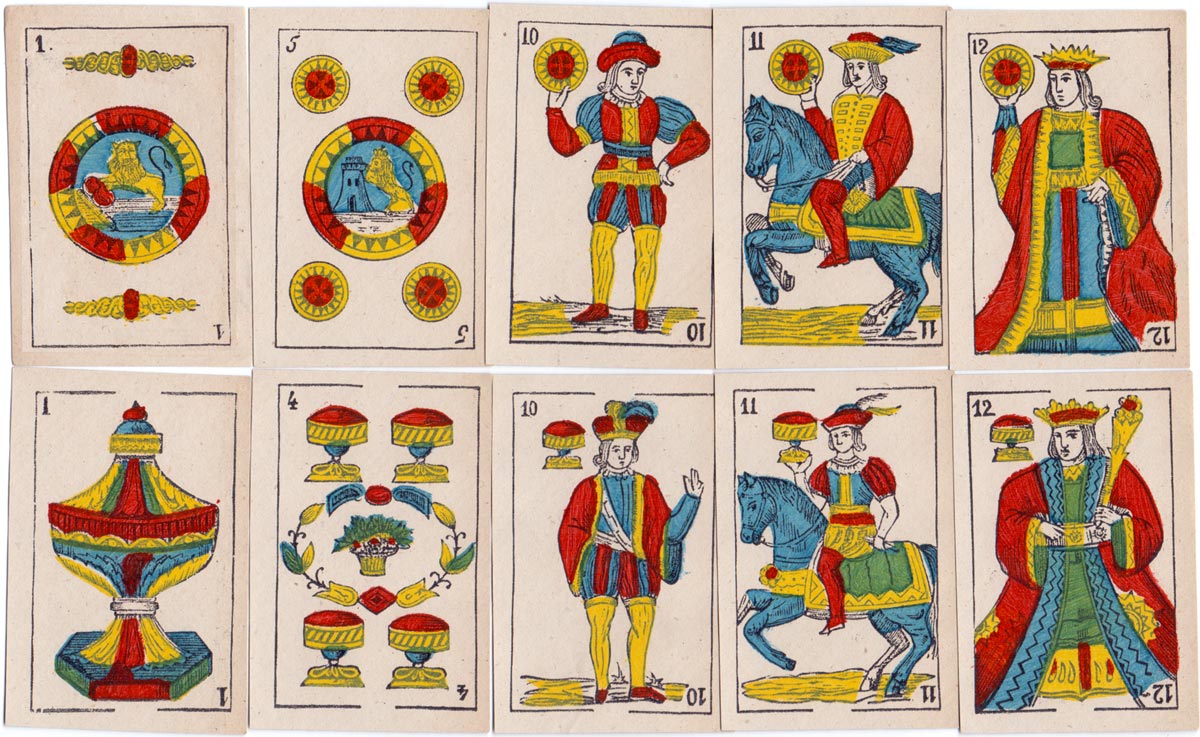 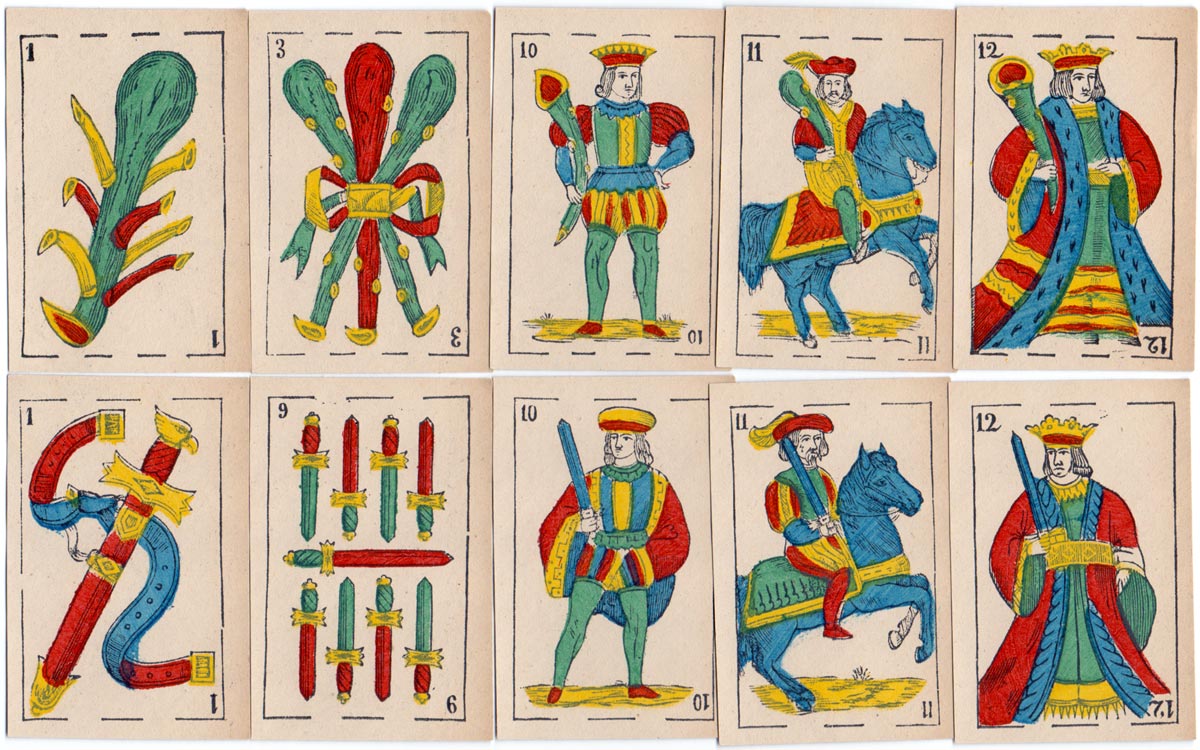 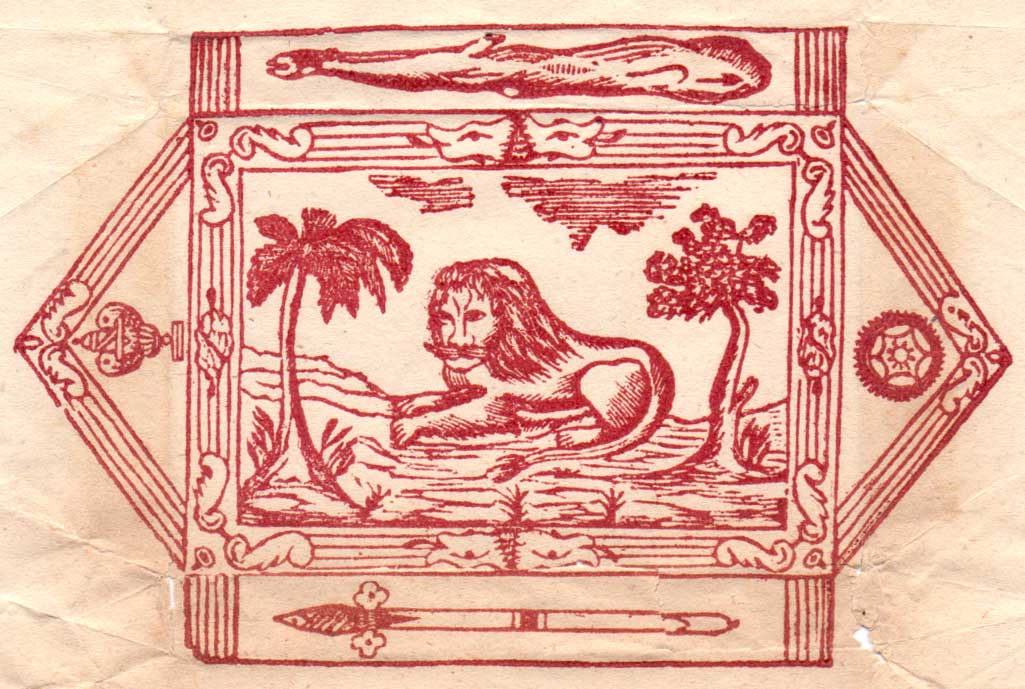