Even during this early phase of the firm's enterprise a wide range of cards was already being produced: Cartes Orientales; Bongoût; Impériales; Italiennes; Suisses; Belges; Hollandaises; Allemandes; Marbrées, etc. As shown on this page, packs with scenic aces were available, adorned with landscapes or historic events, views of the Rhine, Brazil, India, Switzerland, Germany and Portugal. These were the forerunners of the modern tourist souvenir packs. 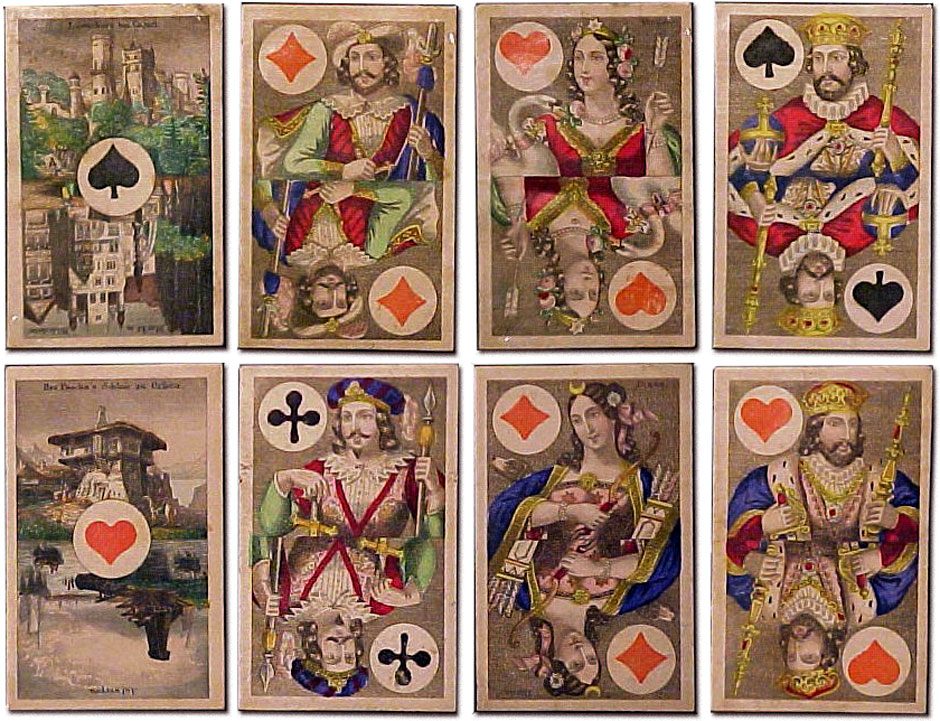 Above: cards produced by Mesmaekers & Moentack during their partnership era, c1860. The Aces depict 2 European scenes on each Ace. 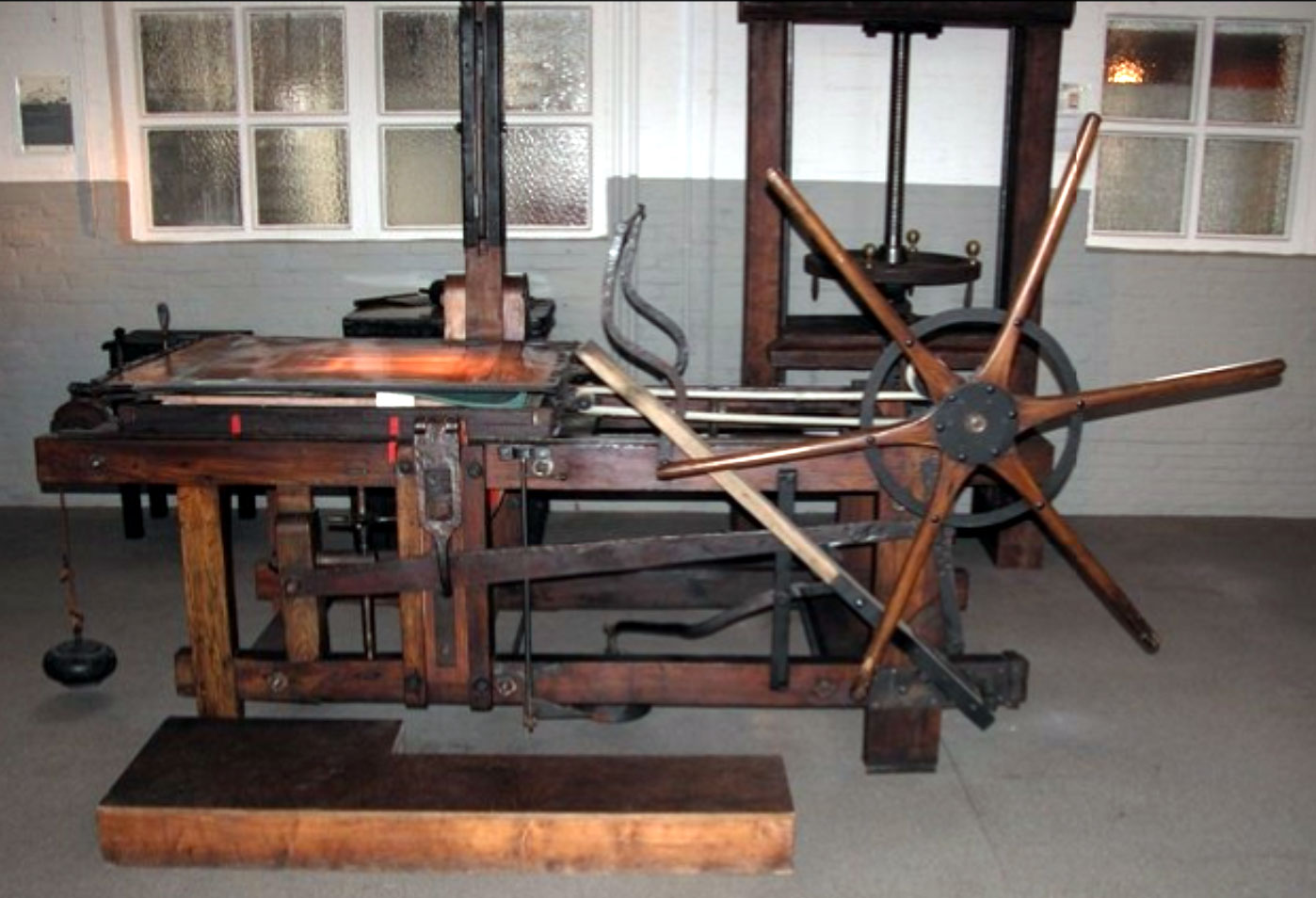 Above: a hand-operated printing press from the former Mesmaekers company in Turnhout, 1855 – 1865. National Museum of the Playing Card.