West Flanders Souvenir pack in the Belgian pattern manufactured by Mesmaekers, c.1950. The Mesmaekers company was taken over by Van Genechten in 1968. The “Little Joker” was subsequently adopted by Carta Mundi as their standard joker when Fabrique Brepols, Van Genechten and Léonard Biermans were in turn merged to become Carta Mundi in 1970. 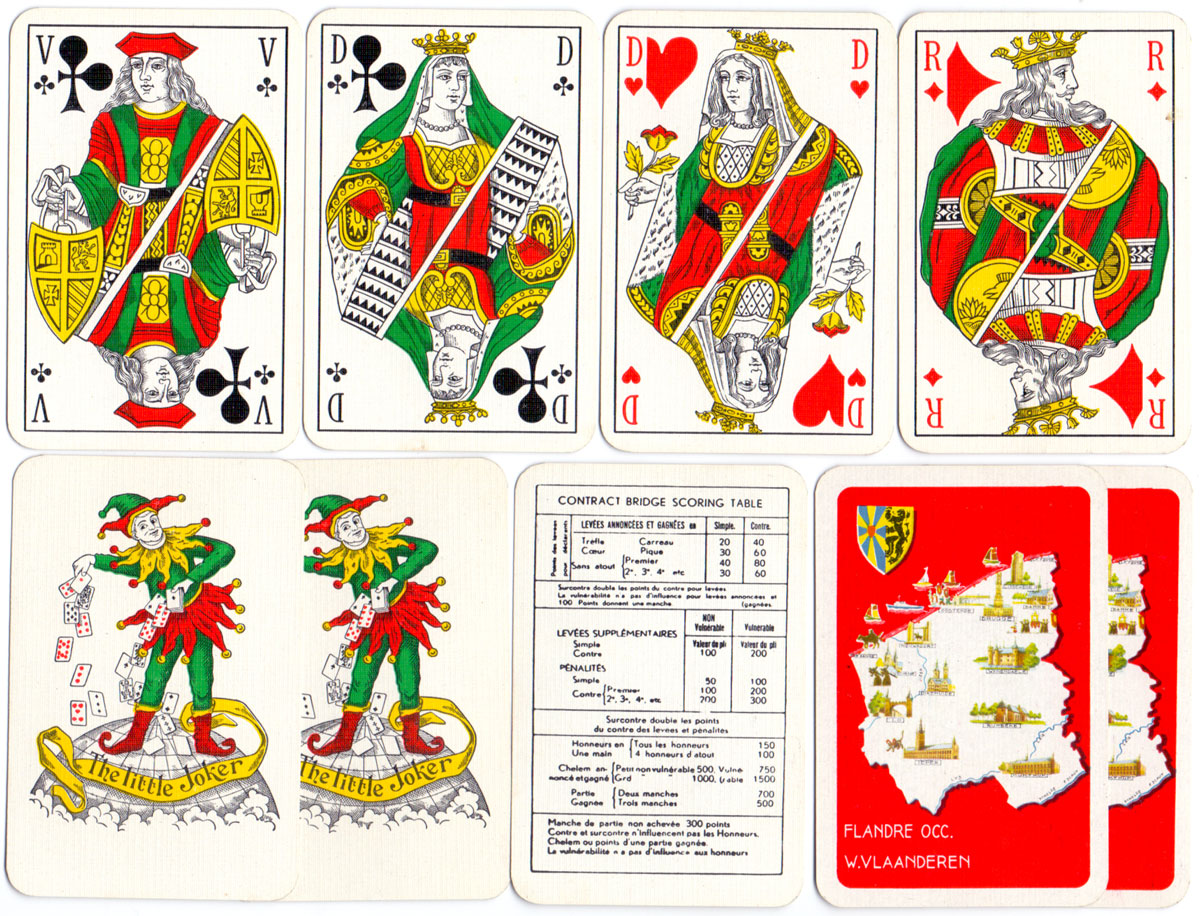 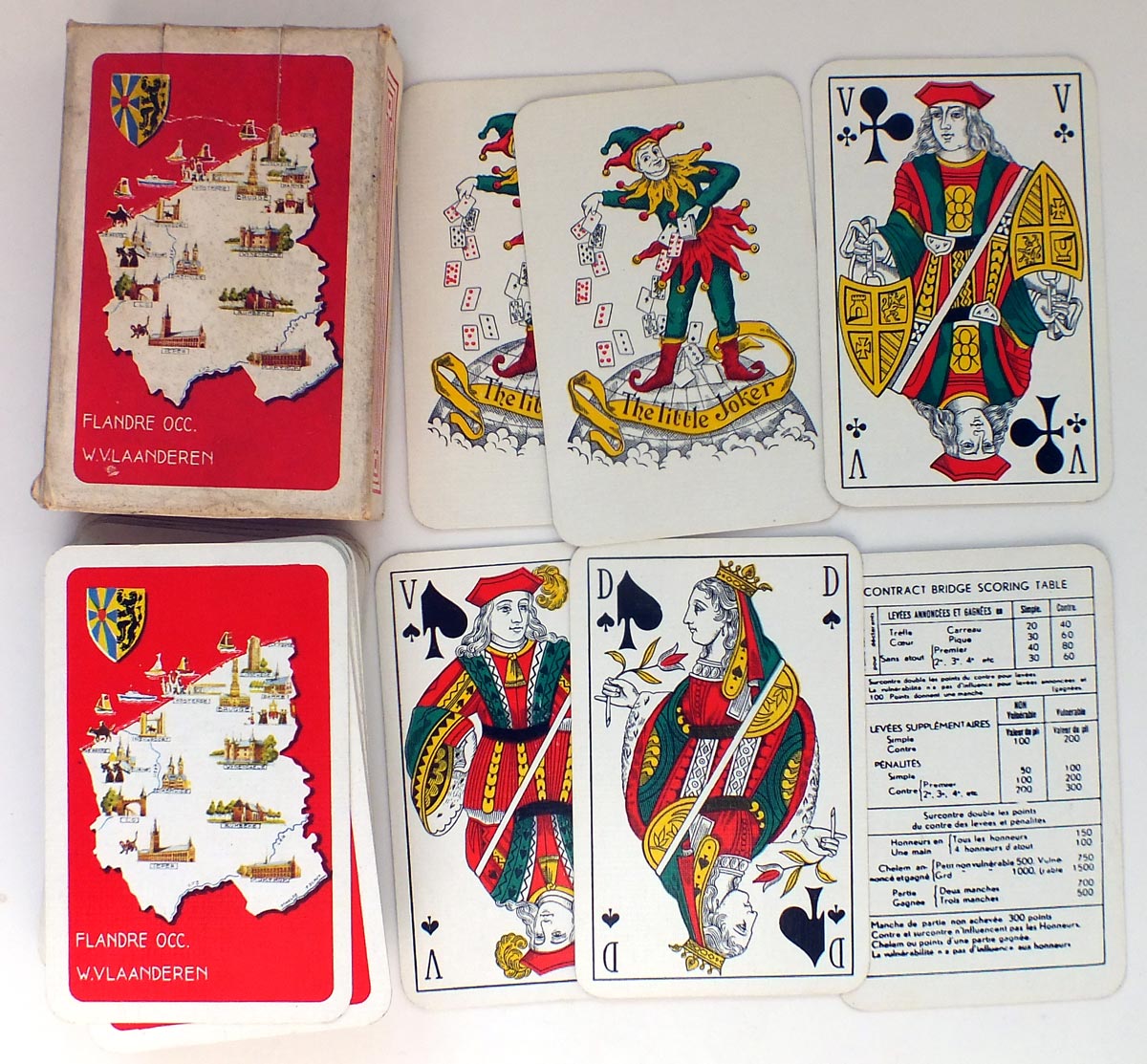 Above: publicity deck for 'Barco' radios (French/Belgian) which was founded in 1934. Image courtesy Nic Davies.