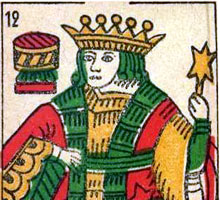 Algeria is a gateway between Africa and Europe. Cards were also made by Camoin (Marseille), Malka Frères (Casablanca) and other anonymous manufacturers for export to Algeria. These were usually distinguished by a preponderance of green and a repeating pattern of stars and crescents on the backs. The tax stamp can be seen on the two of swords. 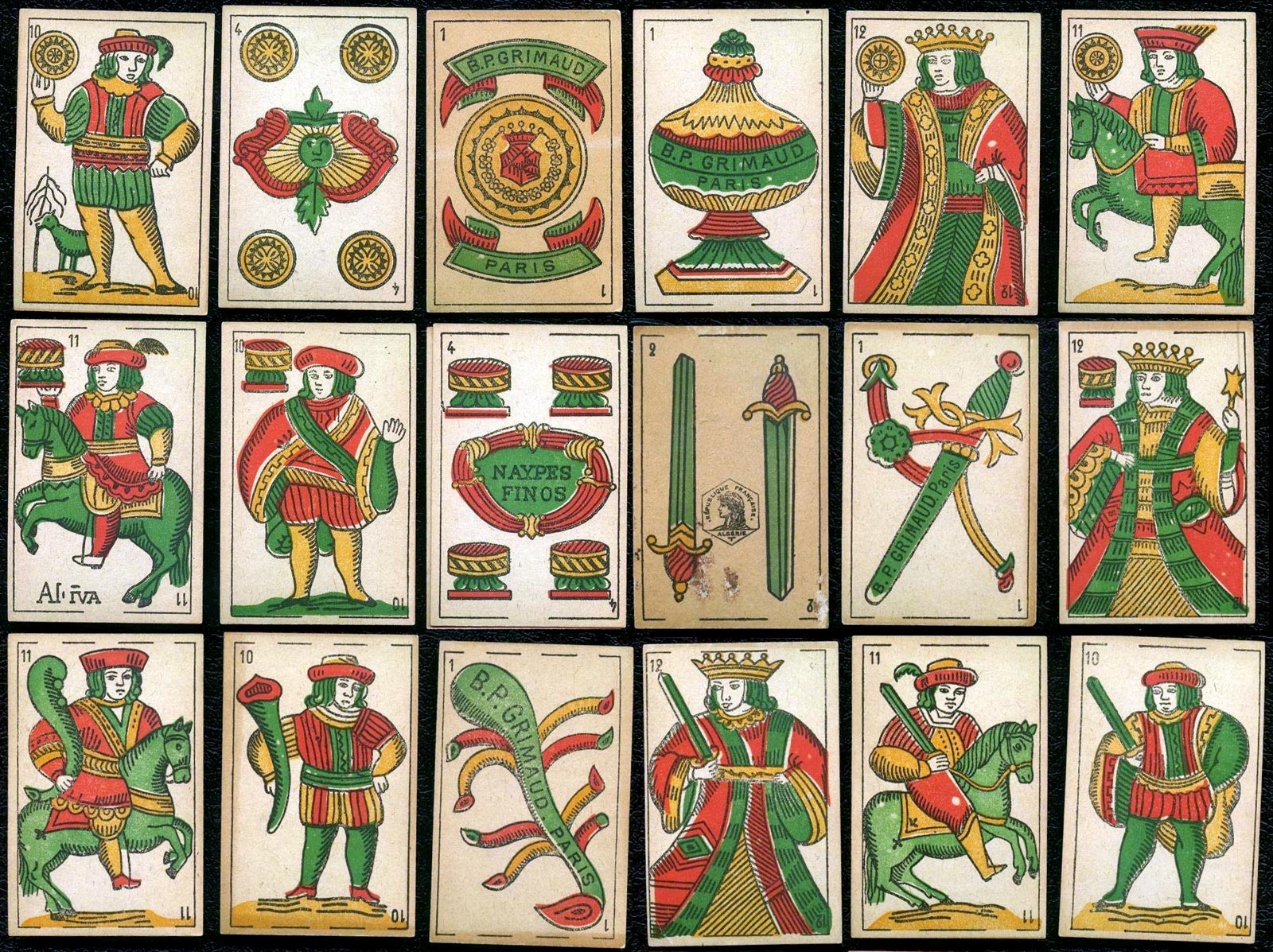 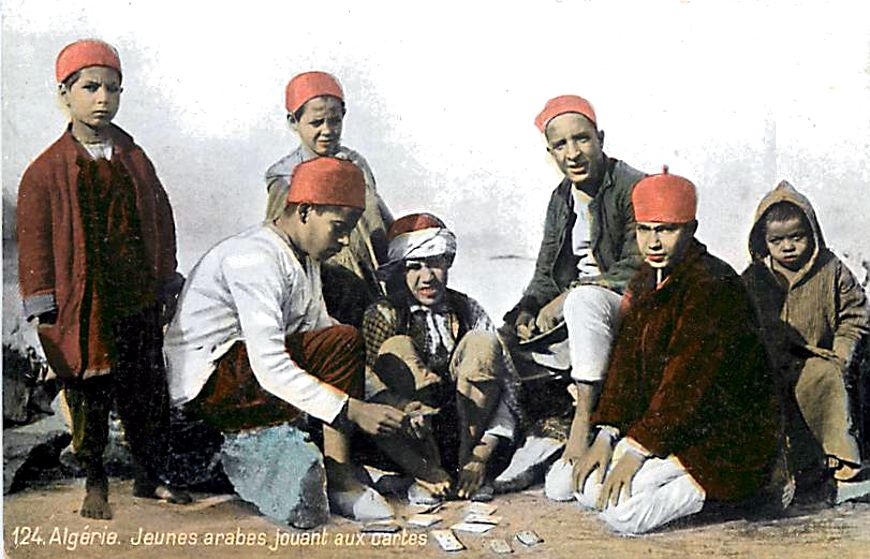