J. B. Camoin started manufacturing playing cards in 1760, when they acquired woodblocks from N. Conver. Cards like those shown above and below were being produced by A. Camoin in Casablanca and Marseille until 1971. More recently, the same designs have been, and are currently being produced, by local Moroccan manufacturers  more → 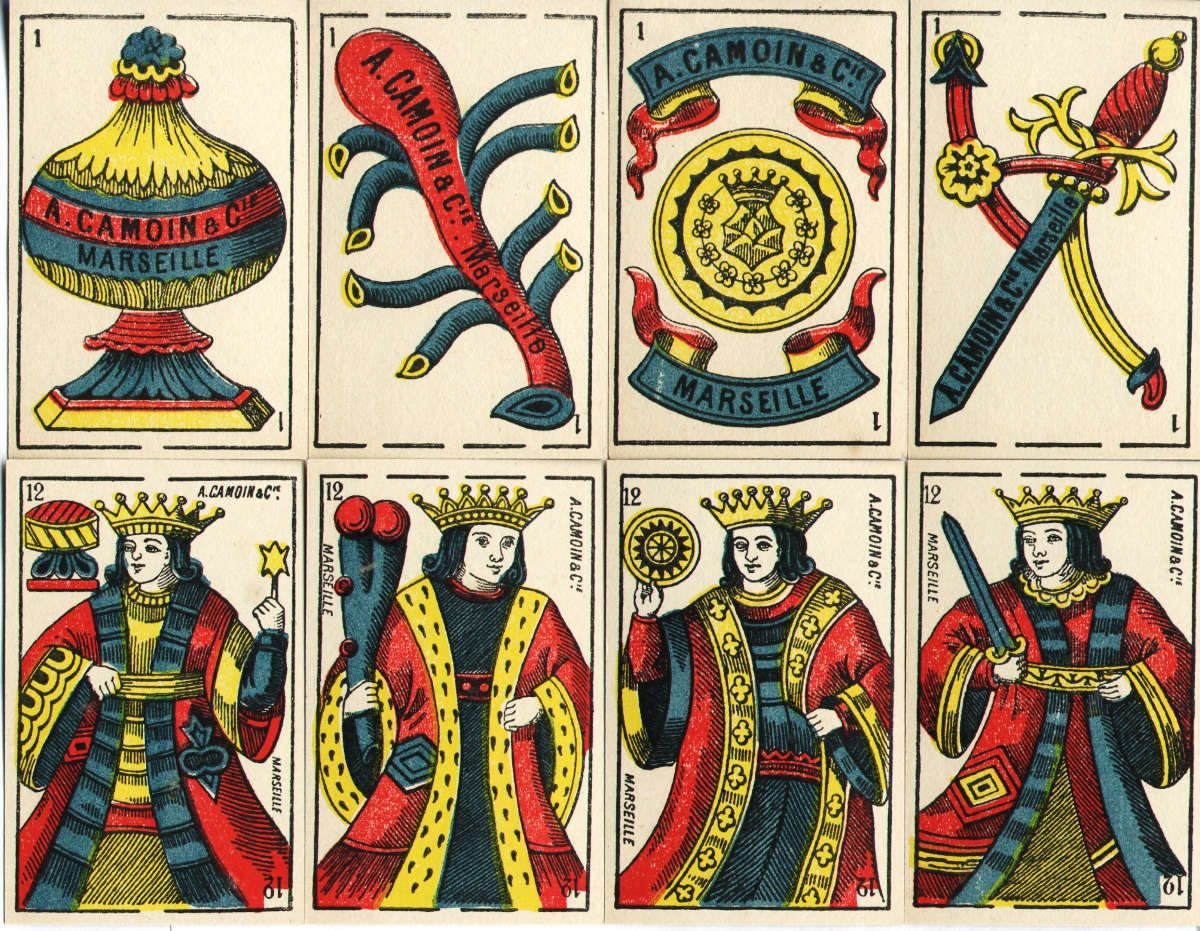 This version of the Spanish National pattern was produced mainly for North Africa but it is also known in Ecuador. The Kings' feet are hidden beneath their robes and there are no beards or moustaches. All the horses are rearing. 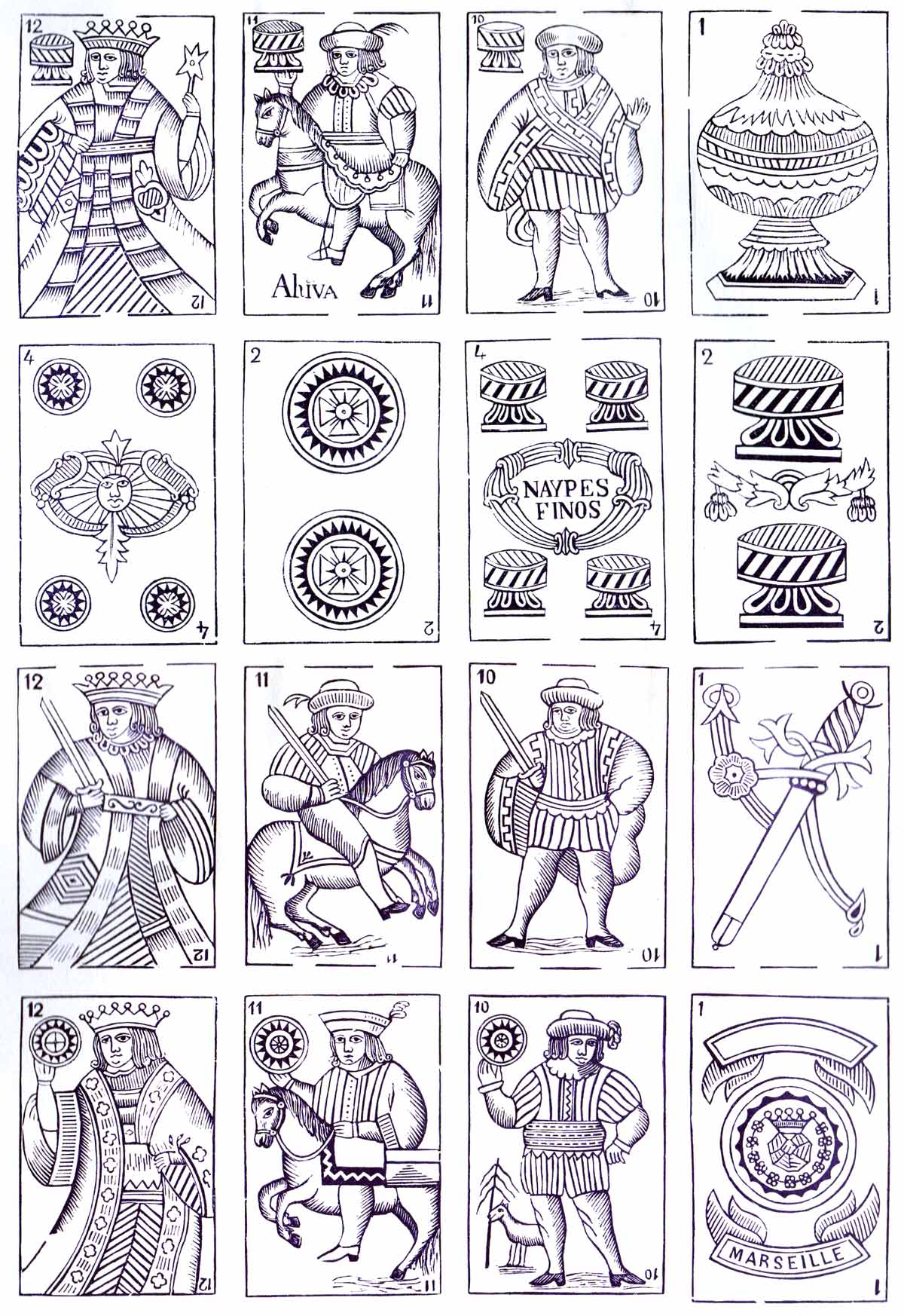