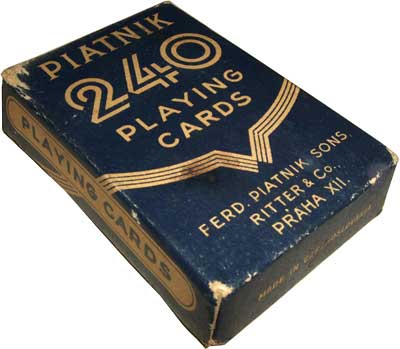 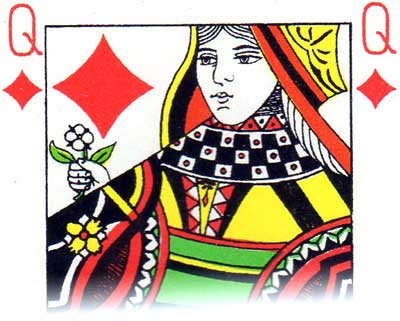 Above: Piatnik-Ritter No.240 playing cards, pre-1946, when Ritter were Nationalised and became a part of OTK (along with the other printing industries in Czechoslovakia). The ace of spades states: “Made in Czechoslovakia”. The logo on the ace of hearts states: “Ferd Piatnik & Sons Ritter & Comp Praha”.

The court cards from Ritter’s packs were imported into the UK after WWII by Bancroft & Partners Ltd with the brand name “Casino”. The joker was also carried over. (These should not be confused with a German firm who also used the name Casino.) 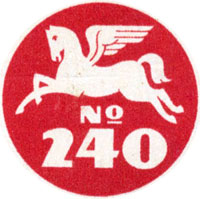 Above: OTK Casino No.240, c.1950s. The ace of hearts has the word “casino” and the ace of spades merely states: “foreign”. OTK continued to use Ritter's veiled joker, but later introduced a new version (shown below). See the Control Slip►

Above: OTK Casino No.300, imported into UK by Bancroft & Partners Ltd, c.1960s, with a new joker. See the Box►   Another similar brand was named Casino No.250. Images courtesy Matt Probert. 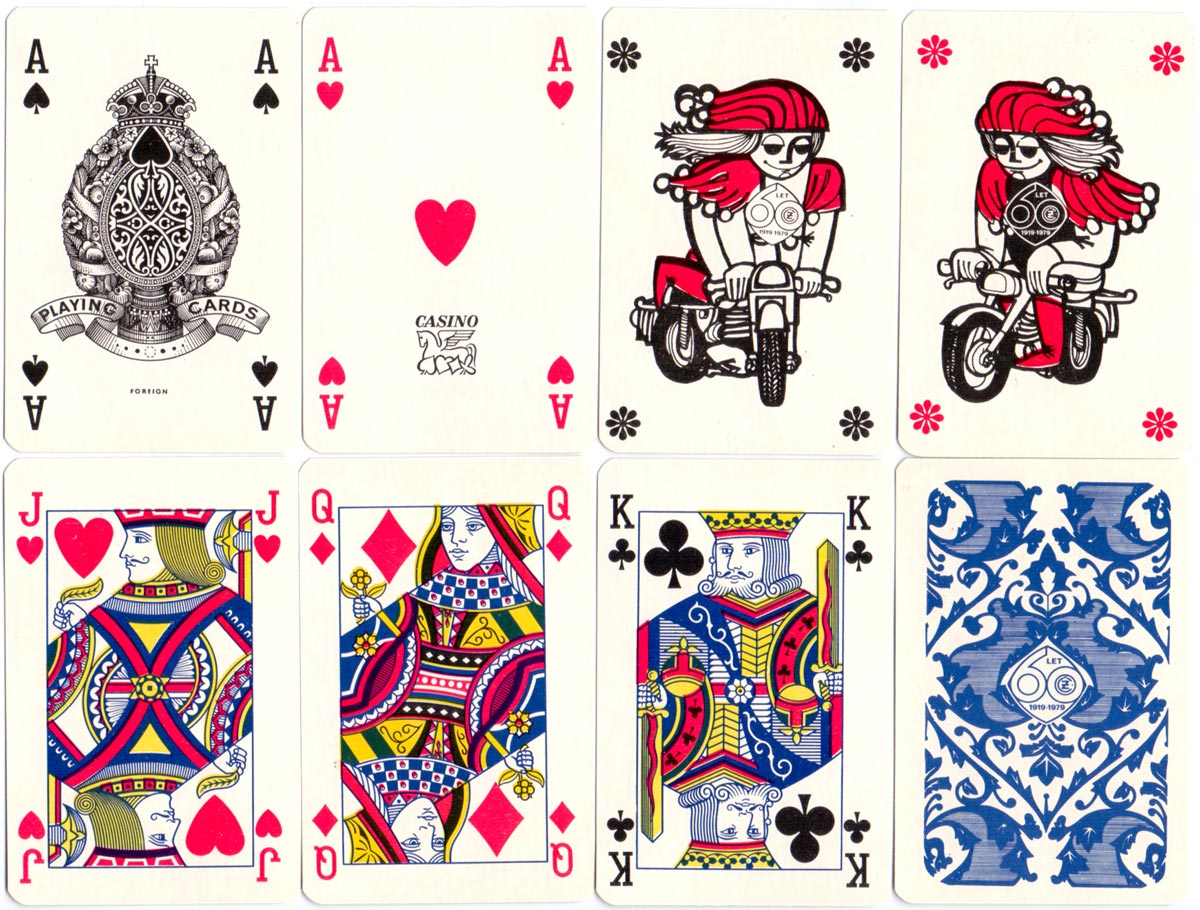 Above: “Casino” brand for the 60th anniversary of Česká Zbrojovka motorcycle company which was established in 1919. The company logo appears on the back and two custom jokers with the legend “Let 60 1919-1979”.