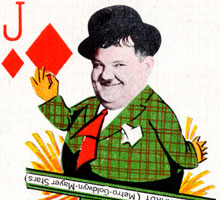 Theatre and Film star playing cards have been produced since the late nineteenth century. These promotional playing cards for the Metro-Goldwyn-Mayer film company with celebrity film stars of the time on the court cards were produced in the 1930s. The designs are playfully laid back, with photograph heads on top of cartoon bodies. A similar pack was also produced for Paramount Film company around the same time. The “Flip the Frog” character on the Joker was created by Ub Iwerks (1901–1971), animator for the Walt Disney Studios. 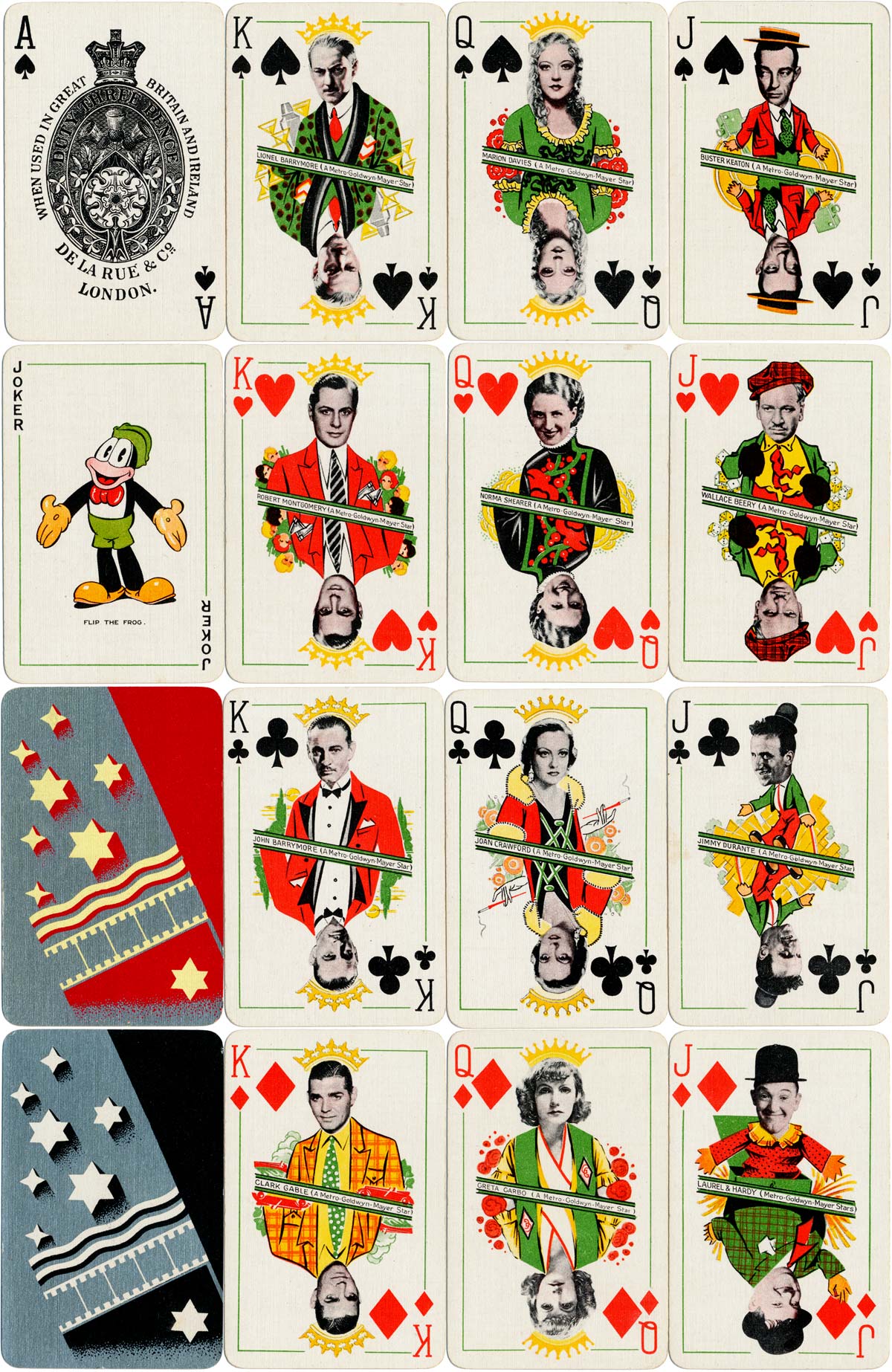 Above: 'Film Star Playing Cards' for Metro-Goldwyn-Mayer manufactured by De la Rue & Co., London, 1933. All the court cards and Joker are printed in red, yellow, green, black and white. The court cards are the same at each end except the Jack of Diamonds. Printed by offset-litho. Double pack 2 x (52 cards + Joker + contract scoring card). Red/silver and black/silver backs. Images courtesy Barney Townshend.

A similar pack was also produced for Paramount around the same time.