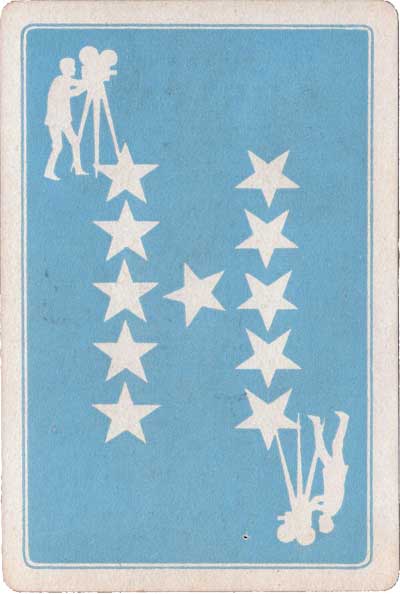 This is an unusual jig-saw type card game based on film stars from the 1930s. There are six sets of cards numbered 1 - 8 and each set can be arranged to make a figure of a film star. Players collect cards belonging to one figure and place them face up on the table. For further details see the Rules►

Click any of the sets below to see the assembled figure.

Charles Laughton from “The Private Life of Henry VIII” 1933 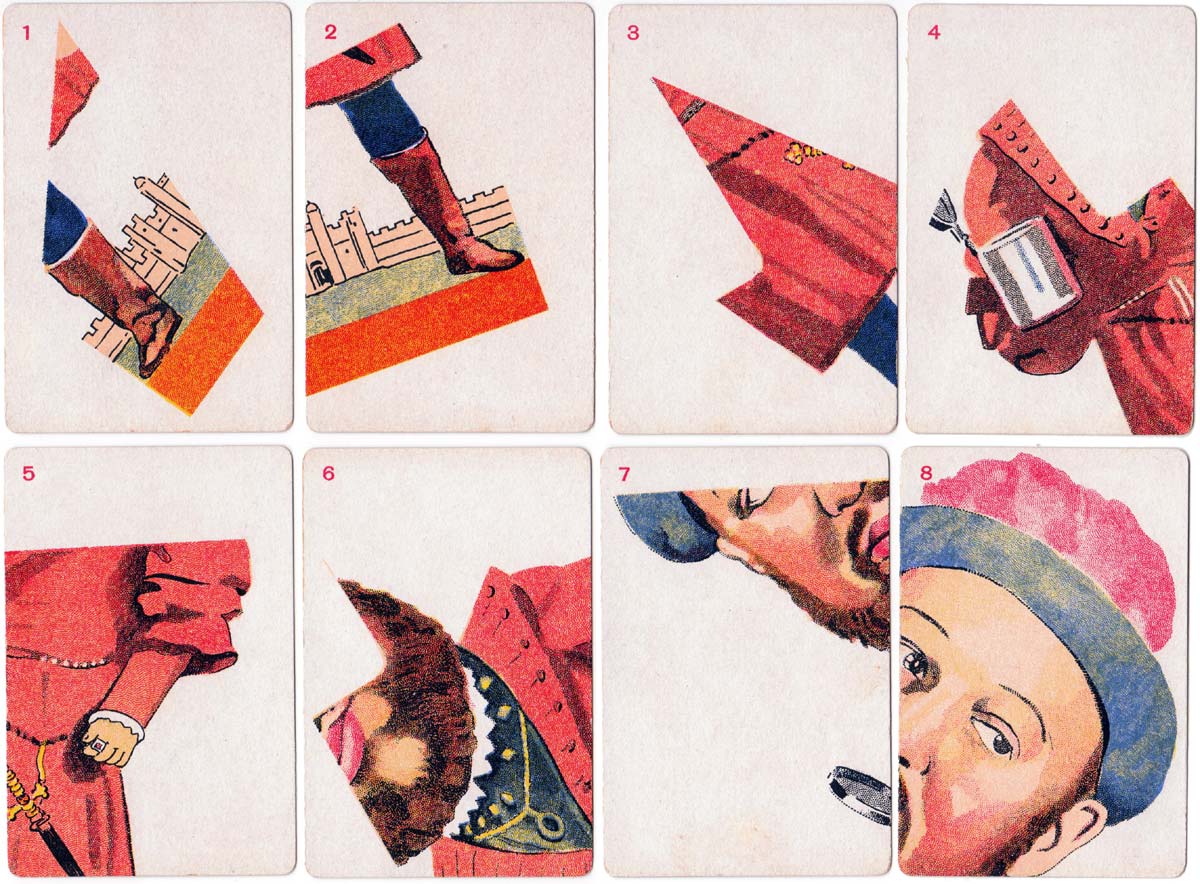 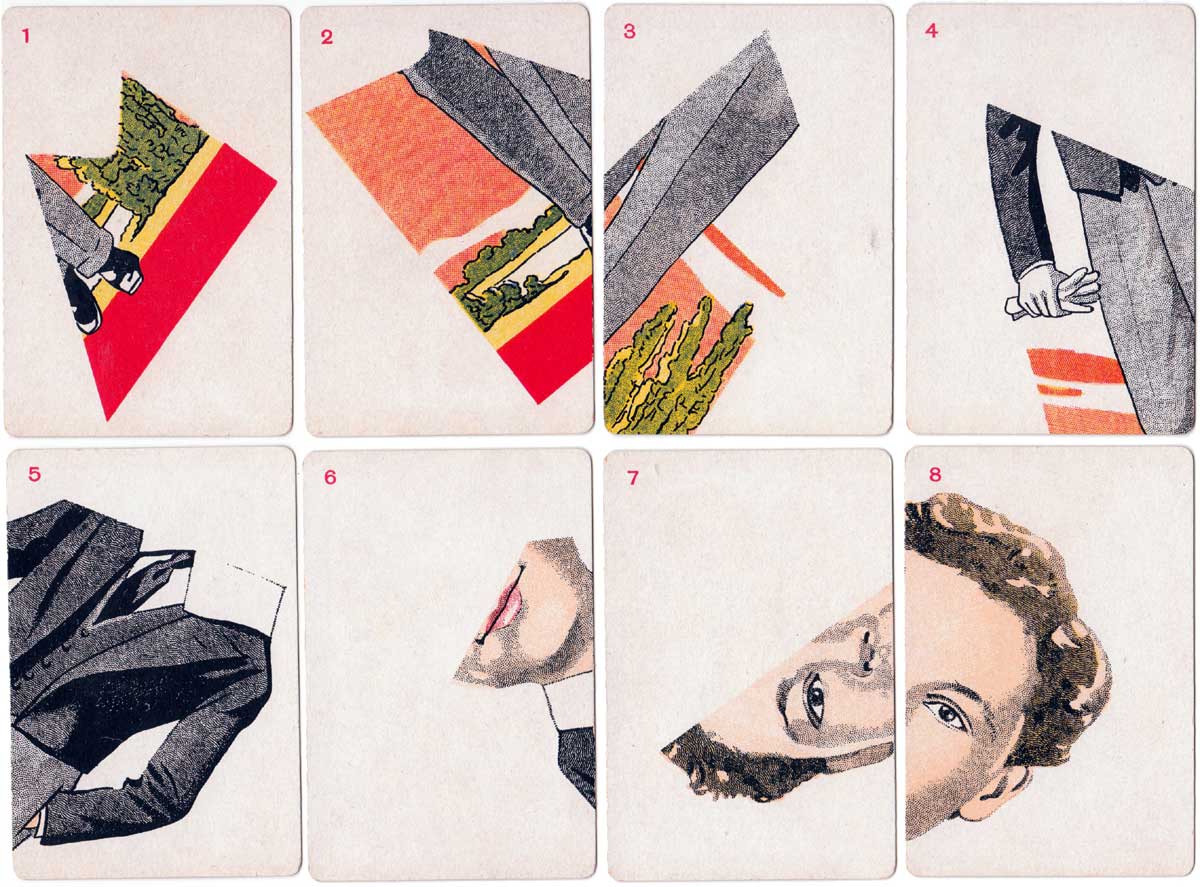 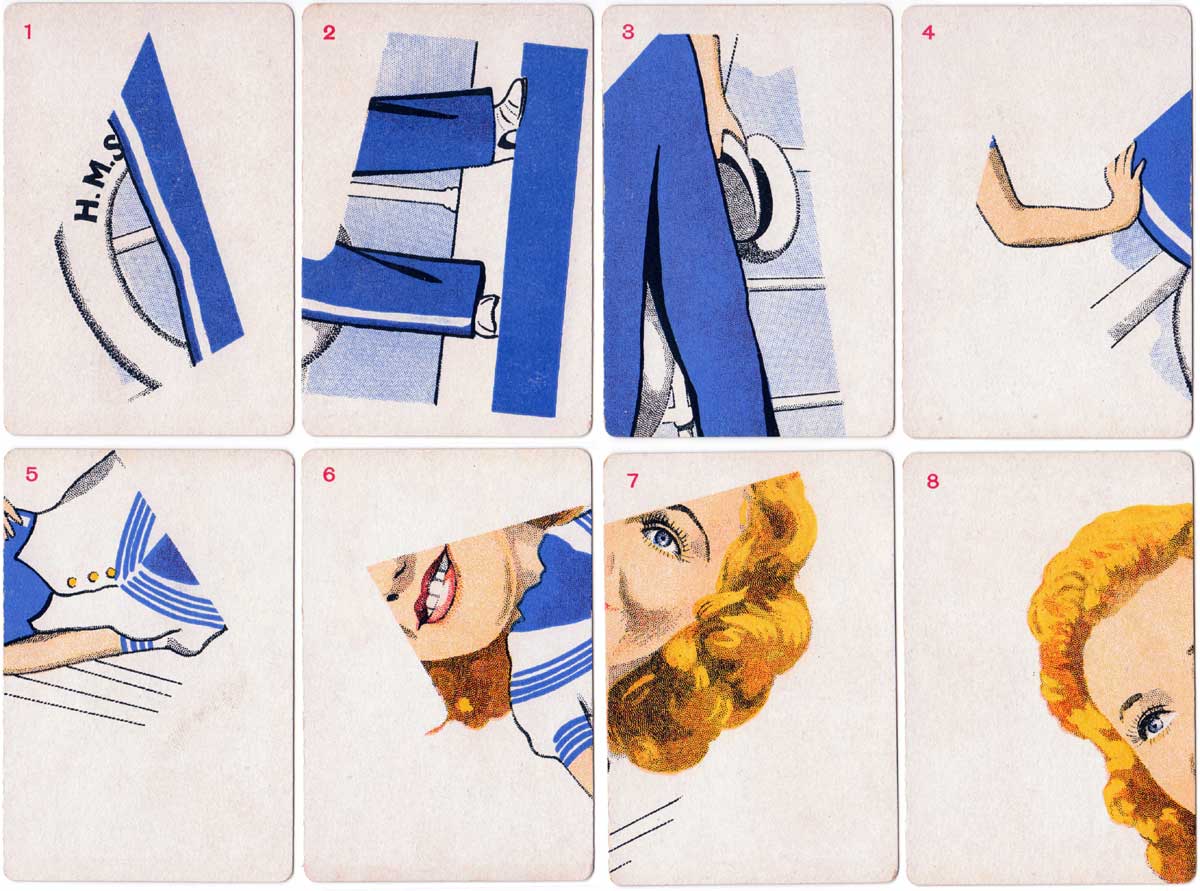 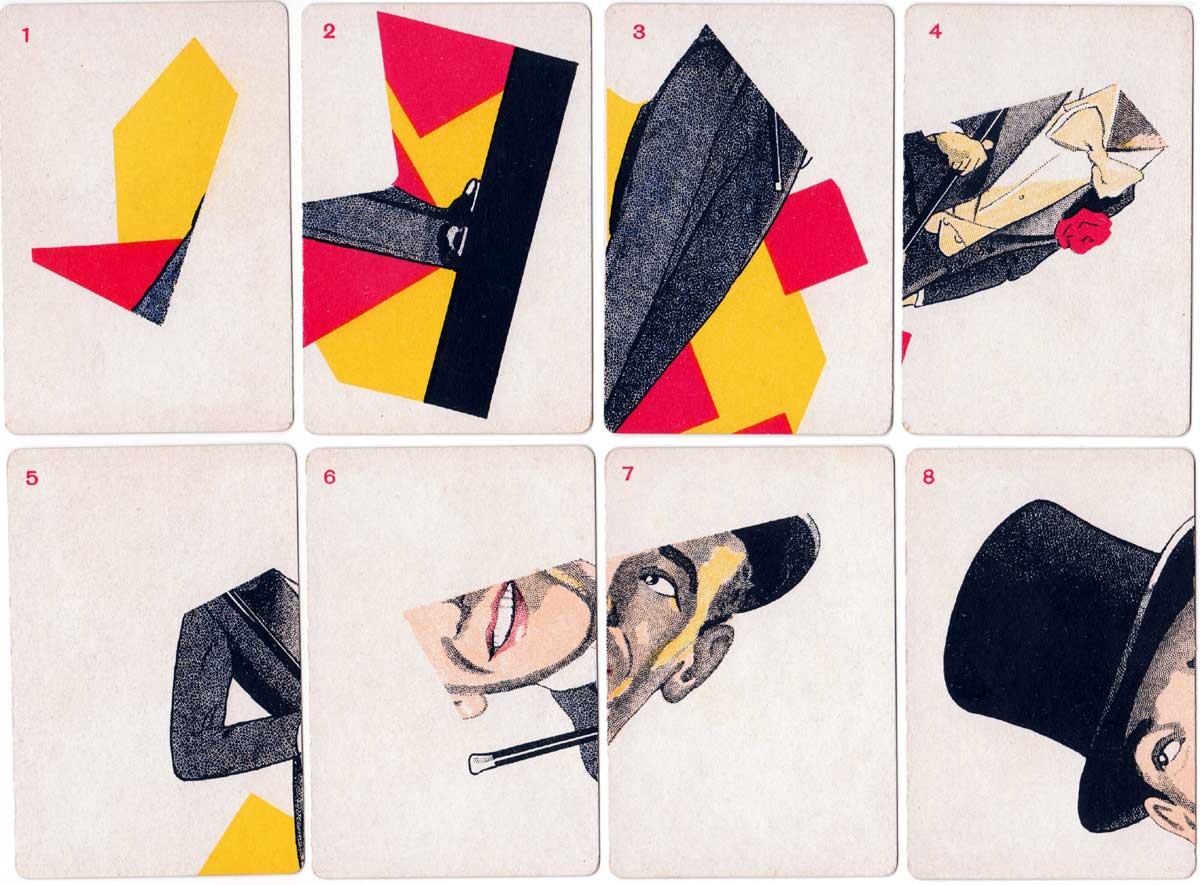 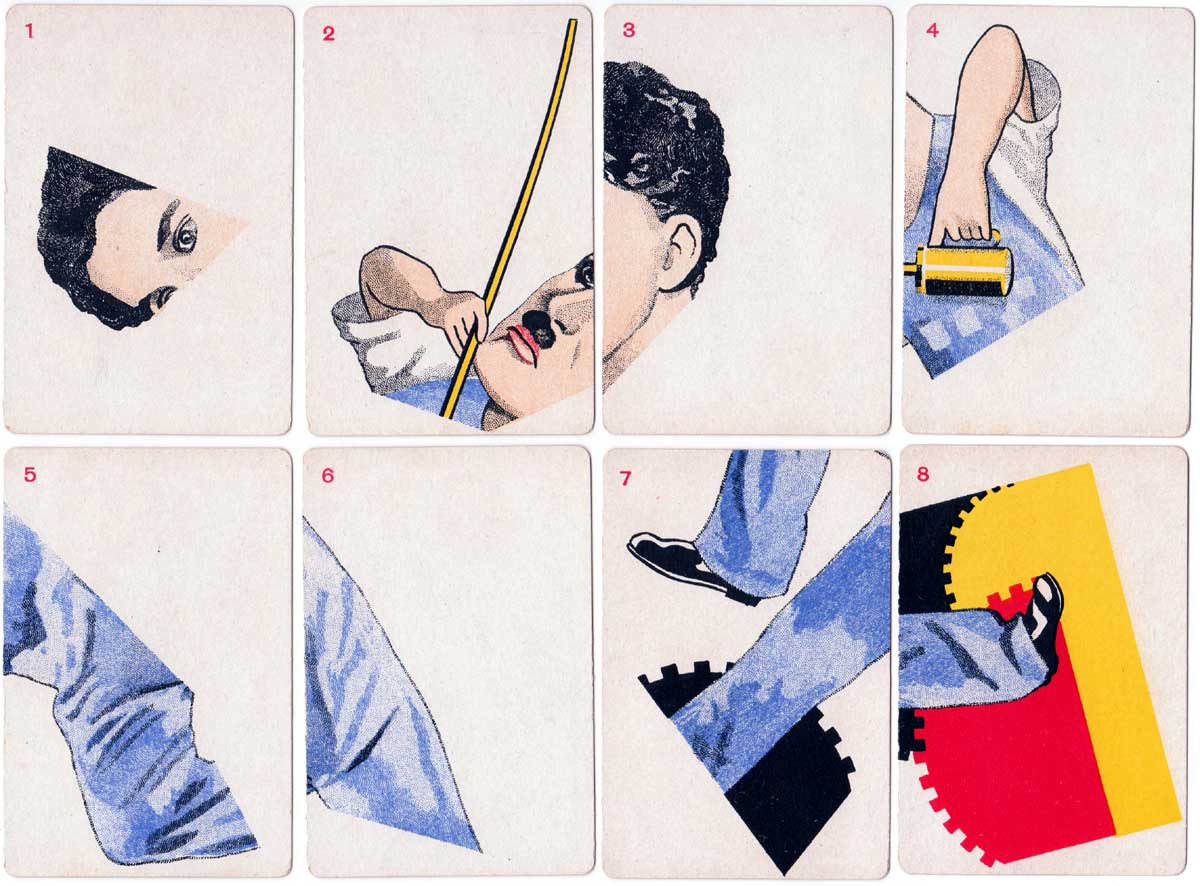 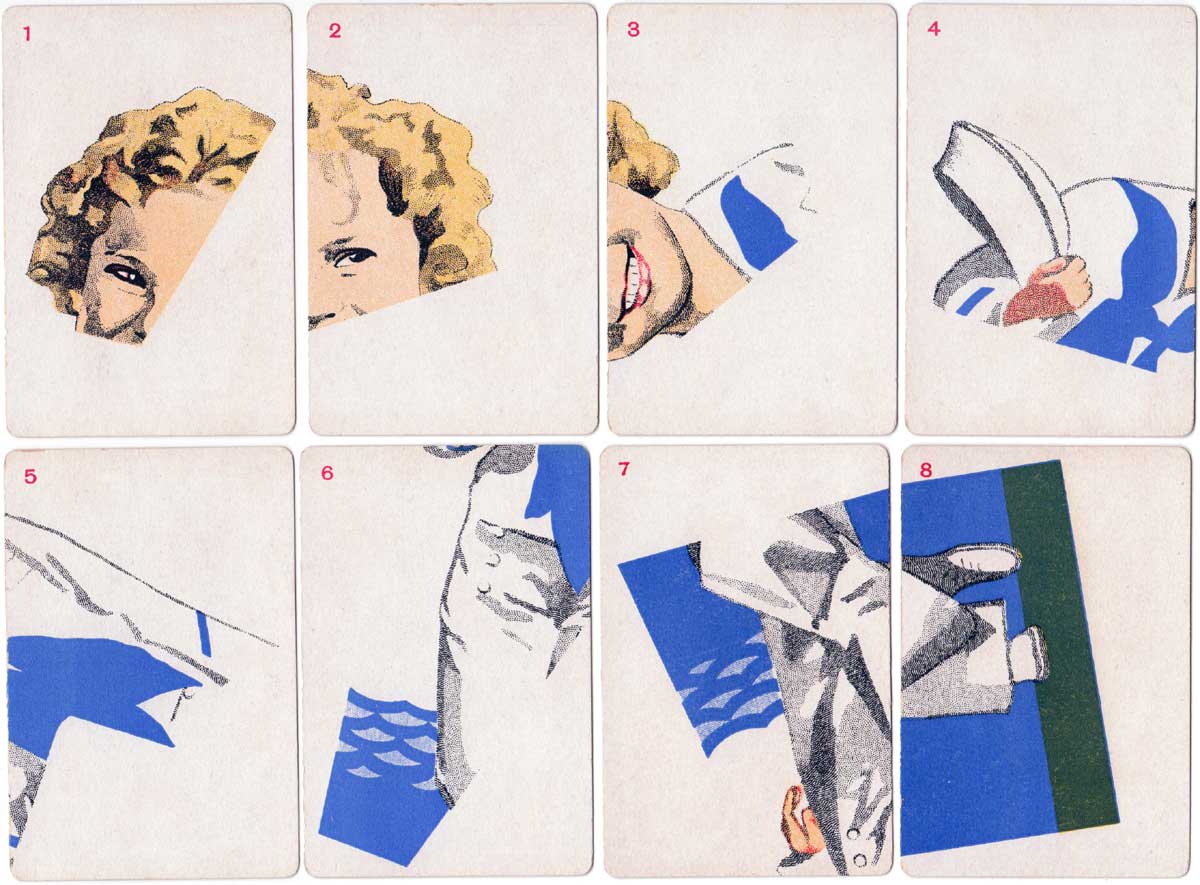