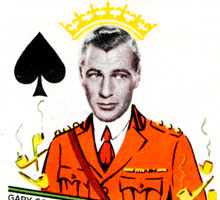 These promotional playing cards for the Paramount film company with immortal film stars of the time on the court cards were produced in the 1930s by De la Rue & Co., London. The designs are playfully laid back, with photograph heads on top of cartoon bodies. A similar pack was also produced for Metro-Goldwyn-Mayer Film company around the same time. Bimbo, on the Joker, is a cartoon Border Collie dog character created by Fleischer Studios in c.1930. 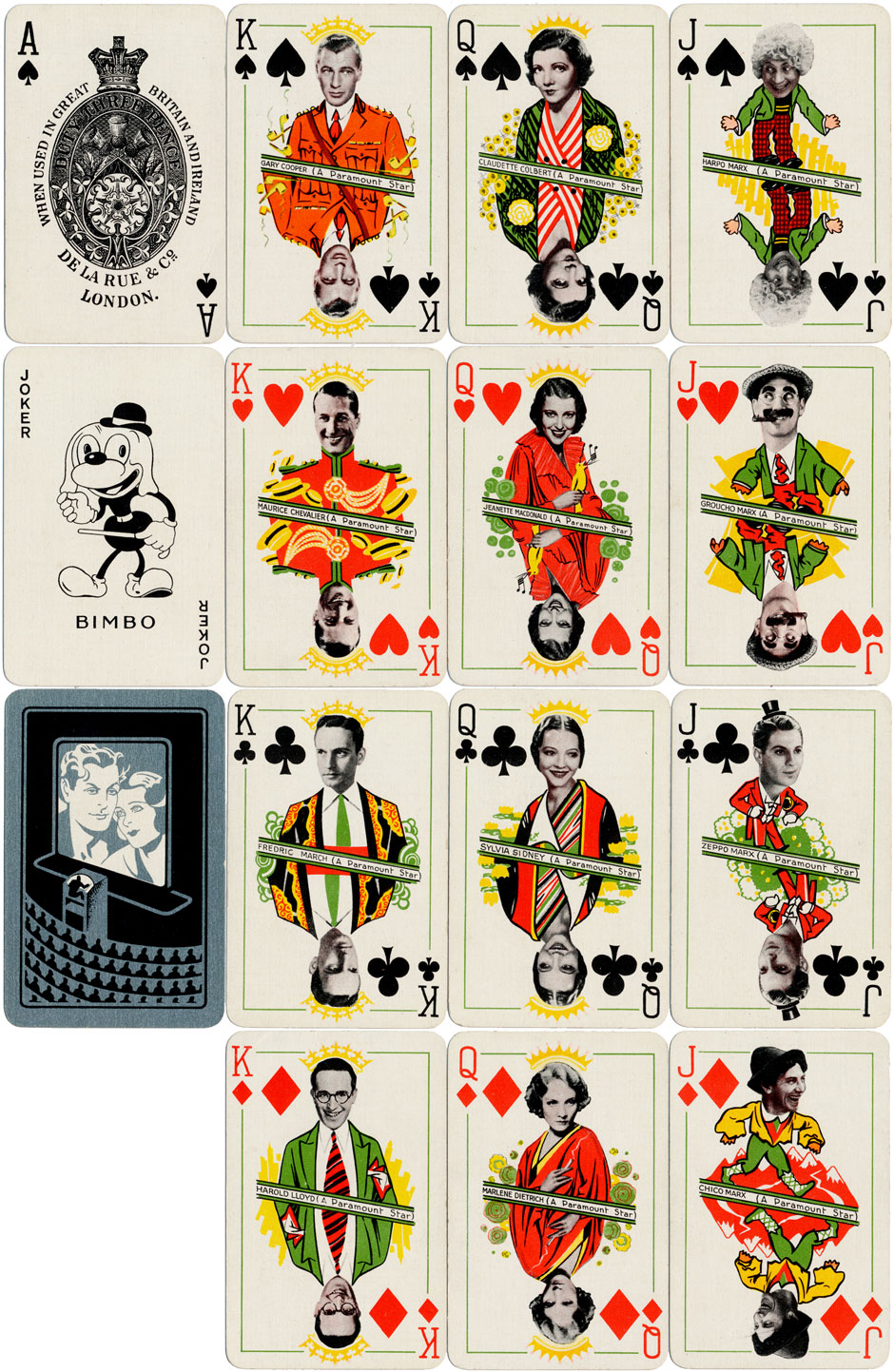 Above: 'Film Star Playing Cards II' for Paramount manufactured by De la Rue & Co., London, 1933. All the court cards and Joker are printed in red, yellow, green, black and white. The Kings and Queens are crowned. The Jacks all have some sort of a hat, either as part of the photo or drawn. The court cards in this set are the same at each end. Printed by offset-litho. Double pack 2 x (52 cards + Joker + contract scoring card). Images courtesy Barney Townshend.

A similar pack was also produced for Metro-Goldwyn-Mayer →